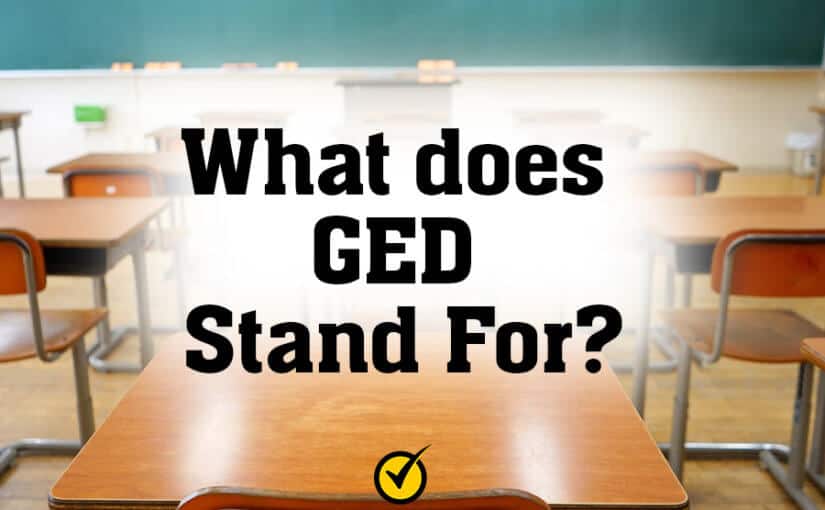 What is the GED?

The GED is also called the General Educational Development test. This test measures to see whether or not the student has the academic skills that are equivalent to graduating high school seniors. The exam measures the student’s communication, problem-solving, information-processing, and critical thinking skills.

The GED is made up of 4 subjects that are broken down into separate exams.

The entire test lasts up to 7.5 hours. However, you do not have to take all four tests at once. Each test contains a different amount of questions and each gives questions in a different format.

On the Mathematical Reasoning test, you’re given 115 minutes to complete four topics:

These four areas are divided into two parts on the test with a calculator being allowed on the second part of the test. You’ll be given access to a calculator reference sheet and math formula sheet. The type of questions you can expect on the Mathematical Reasoning test are multiple choice questions, drag and drop, fill-in-the-blank, select an area, and drop-down.

The Reasoning Through Language Arts test is 150 minutes long which includes 45 minutes to write an essay. There are three sections on this test along with a written essay or an extended response.

The type of questions you can expect on the Reasoning Through Language Arts test are multiple choice questions, drag and drop, fill-in-the-blank, select an area, and drop-down.

The Social Studies test also contains three parts and is timed for 70 minutes.

On this test, you are allowed to use a calculator and you will be given access to a calculator reference sheet. You’ll be given questions in the format of multiple choice questions, drag and drop, fill-in-the-blank, select an area, and drop-down.

The Science test is timed for 90 minutes with three sections:

Changes in the GED

Over the years, the GED exam has undergone many changes.

The GED was developed in 1942 as an alternative for men who were sent overseas to fight in the war before they were able to complete their high school education. In 1947 the state of New York decided to allow civilians to sit for the exam as well. By 1970, all 50 states were using the GED program as their High School Equivalency testing program.

The GED exam remained the same until 1972. At this time, a new series of the exam was released that required students to have a broader understanding of academic subjects and a higher level of critical thinking. The new version of the exam was designed more for the workforce rather than academic and technical knowledge.

In 1988, the GED experienced changes again. This time to include a writing sample. There was also a greater emphasis that was placed on problem-solving and socially relevant topics.

The next major change for the GED took place in 2002. Questions were added and more business-related topics were covered on the exam. This version also included written passages that were more relevant to adults.

In 2014, the five sections on the GED exam were reduced to four sections, which is what the current exam consists of.

What is the GED?

What should I bring on test day?

You should bring a government-issued ID. You also have the option to bring a TI-30XS calculator.

Do I need to memorize math formulas?

You do not need to memorize math formulas. You will be given a formula reference sheet on the day of your test.

Can I retake the GED exam?

Yes. If you do not pass one of the test subjects, you are given two retakes with no restrictions in between the tests. If you fail the third attempt, you will be required to wait 60 days before your next attempt.

What is the passing score for the GED test?