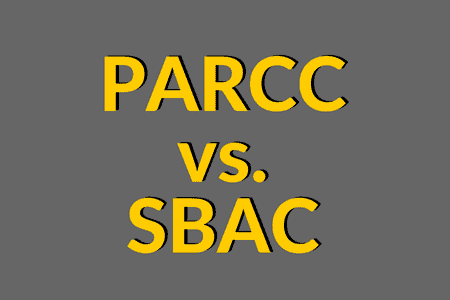 The introduction of the Common Core standards has inspired a batch of testing options aligned with the new curriculum. Two of these, the PARCC and SBAC assessment programs, are competing to be used by school systems throughout the nation. Although these assessment programs are similar, they are also distinct in some ways that should be known to students, teachers, and anyone who has an interest in the changes in standardized testing that have resulted from the Common Core.

Before taking a look at the PARCC and SBAC, however, it would be a good idea to outline the basic characteristics of the Common Core. This new curriculum was created so that students would be prepared to enter the global workforce. The creators of the Common Core have synthesized the most important content knowledge and skills, using as a basis the state curriculum standards that have existed in the past. The Common Core is modeled after the standards used by the best national education systems in the world. The underlying theme of the Common Core is that American students should be fully prepared to become part of the international economy.

These Common Core standards are the basis for both the PARCC and SBAC tests. The Partnership for Assessment of Readiness for College and Careers (PARCC) assessments are used by a coalition of states, thus far consisting of Arkansas, Colorado, the District of Columbia, Illinois, Indiana, Louisiana, Maryland, Massachusetts, Mississippi, New Jersey, New York, New Mexico, New York, Ohio, Pennsylvania, and Rhode Island. These tests are taken by students in kindergarten through grade 12.

There are two tests in the PARCC program: English language arts/literacy and mathematics. The ELA test focuses on reading comprehension and analytical essays, while the math test covers mathematical fluency, critical thinking, and problem-solving skills. The tests in the PARCC battery are computer-adaptive, which means that the results generated are far more precise and descriptive. In a computer-adaptive test, the difficulty level increases or decreases according to the student’s performance. In other words, if the student is doing well, the questions become harder; if the student is doing poorly, the questions become easier. Computer-adaptive tests are better able to find each student’s performance level, as well as his or her areas of strength and weakness.

Like the PARCC, the Smarter Balanced Assessments cover English language arts/literacy and mathematics. The SBAC tests are designed to assess a number of different styles of learning. Not only do the tests cover a wide range of content, they also use a variety of question formats. A typical SBAC test may include multiple-choice questions, performance tasks, and extended-response prompts. An array of question types enables the student to present a more rounded picture of his or her knowledge and skills. The SBAC tests are usually administered at the end of the school year, but there are some test versions that may be taken mid-year to diagnose areas of weakness in instruction and comprehension.

For a while, it appeared that the United States would be divided between those states that used the PARCC assessments and those that used the SBAC. However, there is some speculation that these tests will merge and become a single exam based on the Common Core standards. This would be good news for educators, as the consolidation of the exams would make preparing students an easier task. It is also thought that the combination of the PARCC and SBAC would further entrench the Common Core as the national curriculum. In the meantime, though, teachers and students alike should be aware of which test they will have to take, and should familiarize themselves with the format and content.