What Are the Three Branches of Government?

The U.S. federal government affects all of our lives. It is made up of three different branches. The branches were established by the U.S. Constitution, which was adopted in 1787. The first branch serves in the Capitol building, the U.S. Capitol building, and it’s the legislative branch.

The executive branch includes the president, and you have the vice president and the cabinet. There are 15 different cabinet positions ranging from the Secretary of State, which is the oldest most prestigious of the cabinet offices, all the way to the Department of Homeland Security, which is a more recent creation. 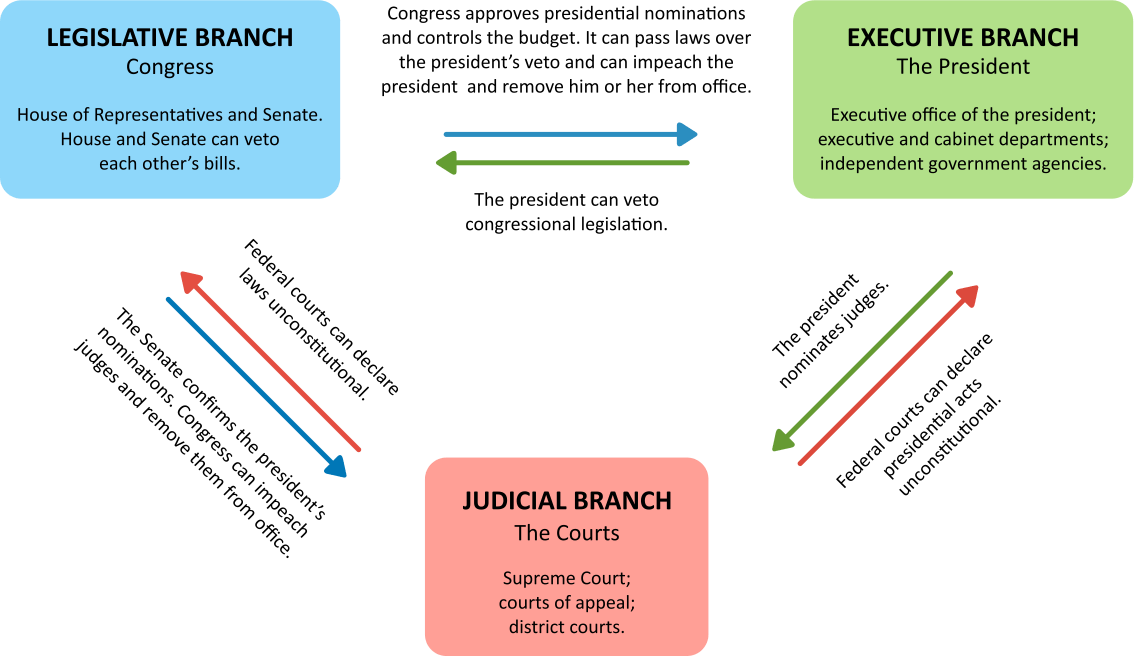 Most cases are heard of the district court. Then, if one of the sides appeals, it may be heard by the Court of Appeals, and then the Supreme Court is the final arbitrator in any lawsuit that is filed. These are the three different branches of government.

They all have different powers. The Constitution was structured this way so that there are checks and balances between each of them and they each have a different function. The legislative function is to make laws. That’s why we hear about different congressmen or senators that may be arguing over which laws we should have.

The executive branch, they enforce the laws. The Supreme Court and our court system, they oversee the laws and decide which ones are constitutional and which are not. They evaluate them.

They evaluate the laws and they can determine if a law should be considered unconstitutional and removed from the books. These three branches of government make up the U.S. federal government. We should know how they are structured and the different divisions of them.