Hi, and welcome to this video about sequence!

When we read a story or an essay, it’s important to understand when an event happened in relation to other events. Writers will often use sequence words to show the order of events taking place. A few examples of sequence words include first, then, and next.

Let’s look at a sentence that includes some sequence words:

First, she went to the store. Then, he went home.

Let’s look at another example:

Before she went to the store, she made breakfast for her little sister.

In this example, we don’t have any numerical sequence words to help us figure out the order, so we have to rely on context to identify the sequence word used here. The word before is the sequence word in this sentence because it tells us when she made breakfast.

Sometimes sequence words can be a little more obscure, so using context clues is vital to determining the order in which something happened.

Let’s look at another example:

It wasn’t until he got paid that he was able to buy the birthday present and finally leave for the party.

She left to walk the dog but not without making sure the oven was off in advance.

This sentence is another example of how context can help determine the chronological sequence of events. Here, the sequence phrase in advance is at the end of the sentence. It tells us that the action it refers to, “making sure the oven was off,” happened prior to something else, which, in this case, was leaving to “walk the dog.”

As you can see, sequence words are useful and necessary tools to help organize thoughts and relate the chronological order of a story or series of events in a clear way.

Here’s a quick practice problem before we go:

Which of the following is an example of a sequence word?

The answers are A and C.

These are words that tell you when something did or will happen. 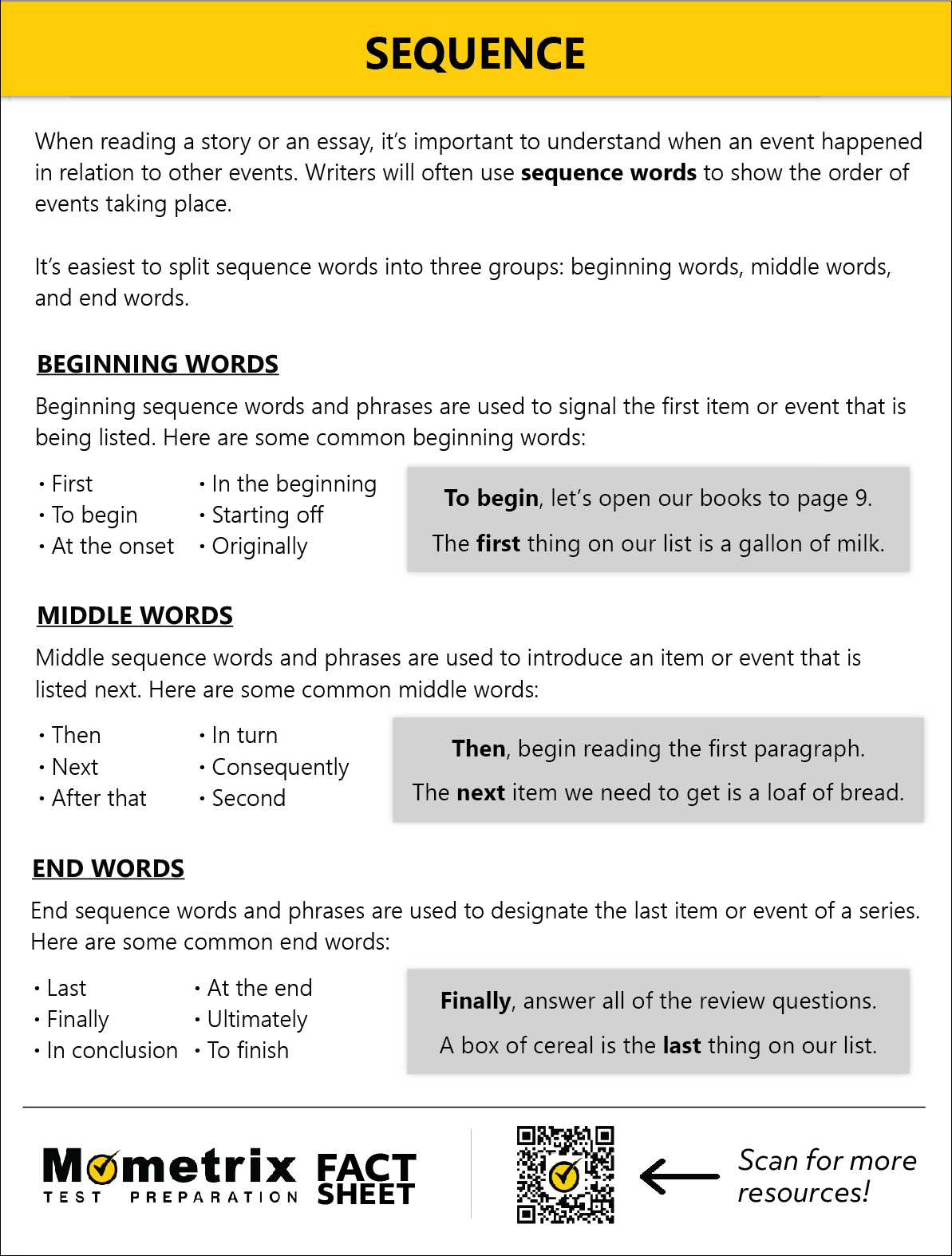