If you have ever created a website before, you know that underneath all the images, buttons, and menus are lines and lines of computer code. The coding is all textual in nature, meaning it consists of words, numbers, and phrases, but it results in the physical images, lines, boxes and layouts that you see on the website.

Similarly, the numbers, equations, and expressions you are familiar with from your experience with algebra can also be expressed in a visual format – such as in the form of lines and other shapes.

How is this accomplished? That is exactly what we will explore today in this video about the Cartesian coordinate plane.

René Descartes was a French philosopher who came up with a plane upon which numbers and equations could be graphed. Legend has it that while laying in bed, Descartes noticed a fly on the ceiling and developed his plane to indicate the fly’s position. 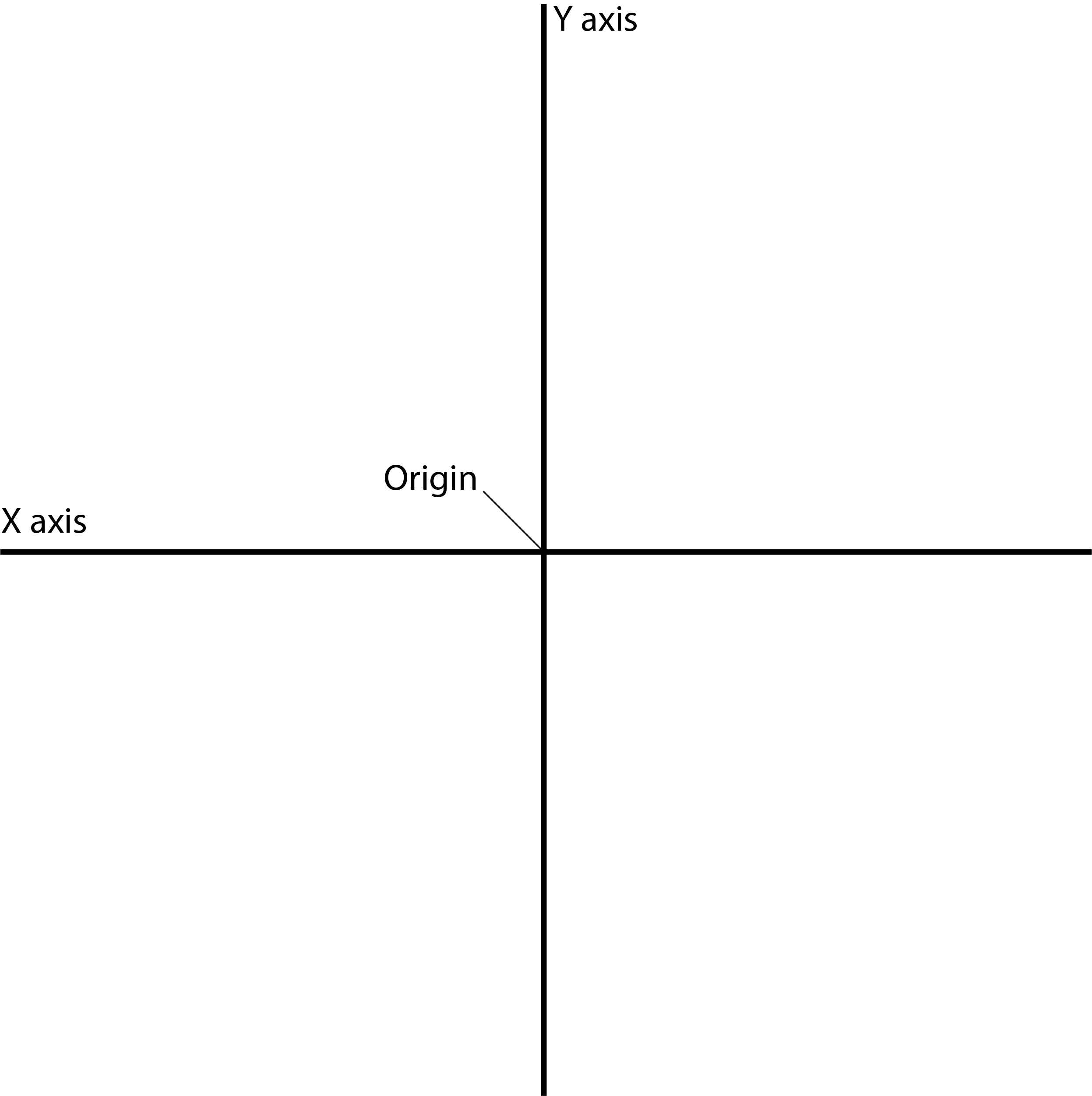 Let’s take a closer look at the x axis. We’ll begin all the way on the leftside and label it -3, -2, and -1. After the origin, which as we mentioned has a value of zero, we’ll continue with 1, 2, and 3. This may look familiar to you as it resembles the traditional number line you may have used to solve math problems. We do the same thing with the y axis, starting at the very bottom, -3, -2 and -1. Then we move above the origin, and we do 1, 2, and 3.

Each point plotted on the plane has a set of coordinates, written in the following manner: (x, y). Meaning, for any given point, we write its location on the x axis first, then it’s followed by the location of the y axis.

To bring it all together, let’s look at some examples. Say you were given the coordinates of (1, -2). Our first step would be to find 1 on the x axis. Then, go down to -2 on the y axis, then we mark our point of (1, -2). Let’s try another, say you wanted to find say (-3, 2). First we find -3 on the x axis, which is right here. And then continue up to 2 on the y axis, right there, and we mark our point. It’s important to note that our first point is located on the fourth quadrant, whereas our second point is located in the second quadrant.

Let’s take it a step further and graph a very simple equation. We’ll need an expanded plane, so let’s make one that goes from -5 to 5 on both the x and the y axis.

The first thing we’ll do is draw a table, with one column for x values, and another column for our y values:

Now that we have our four plotted points, we turn back the clock to the games we played before smartphones came along and “connect the dots” to form a line.

The line ideally shows how we would graphically represent y = 2x +1. It is a visual representation of the equation, and brings our understanding of algebra and geometry to the next level.

I hope that this overview of the Cartesian Coordinate Plane was helpful! Thanks for watching, and happy studying!

Observe the Cartesian graph below. Which coordinates describe the red point’s location on the plane?

To see this, we first need to determine the point’s x-value. Where does the point lie along the horizontal x-axis? The point is right below 4, so 4 is the x-value. Second, we determine the point’s y-value by seeing where it lies along the vertical y-axis. Notice that the point lies to the right of the -1 on the y-axis, and we can also see that the point is one “box” or one unit below the x-axis. Finally, remember that we list the x-value before the y-value when writing Cartesian coordinates. The appropriate coordinates for this point are therefore \((4,-1)\).

Look again at the graph and where we plotted the point. 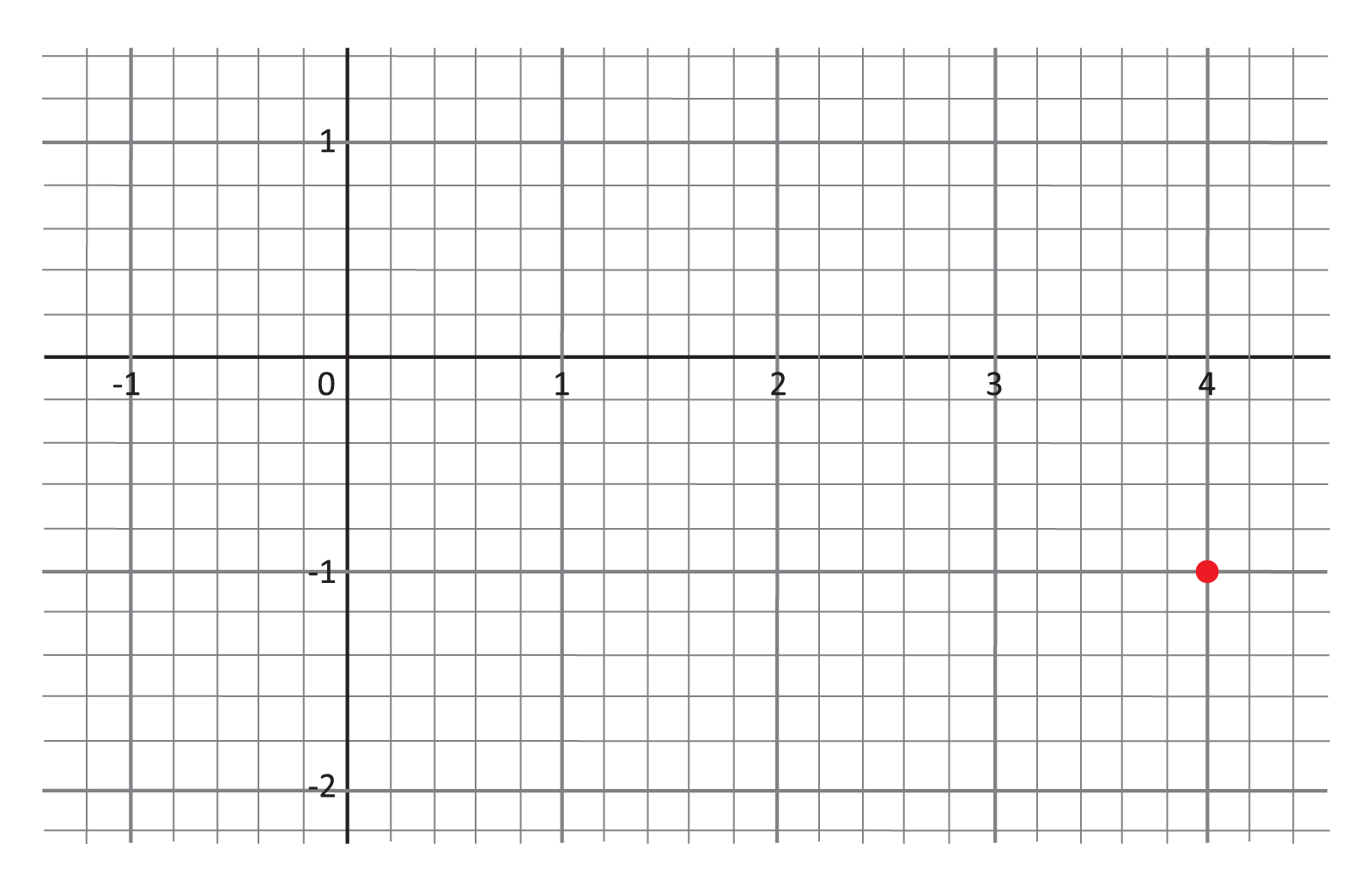 Because the point \((4,-1)\) has a positive x-value, it lies to the right of the vertical axis. And because it has a negative y-value, it lies below the horizontal axis. The quadrants of the Cartesian plane are ordered starting in the upper right “corner” and moving counterclockwise, as shown below. Our point is then in Quadrant IV. 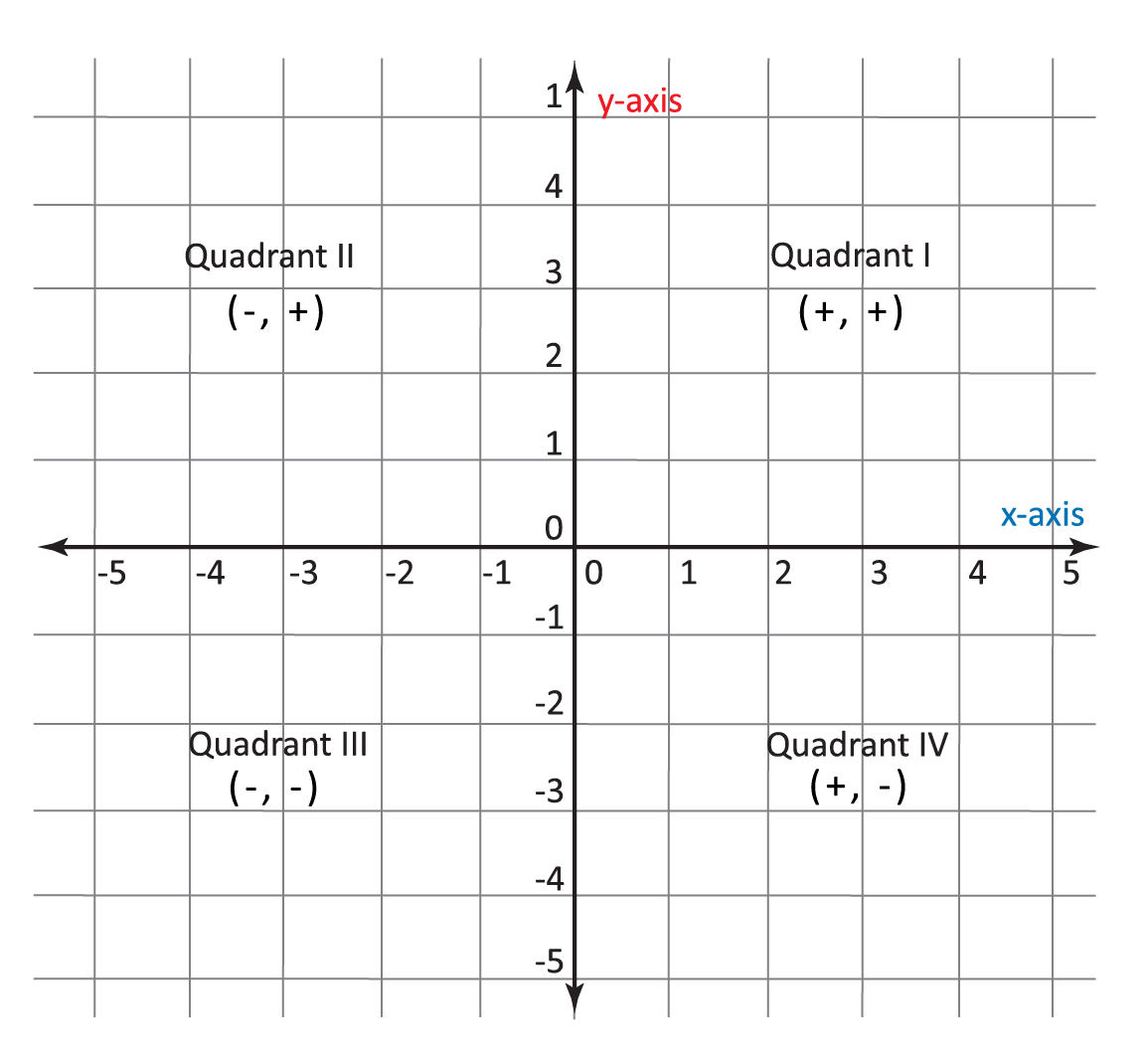 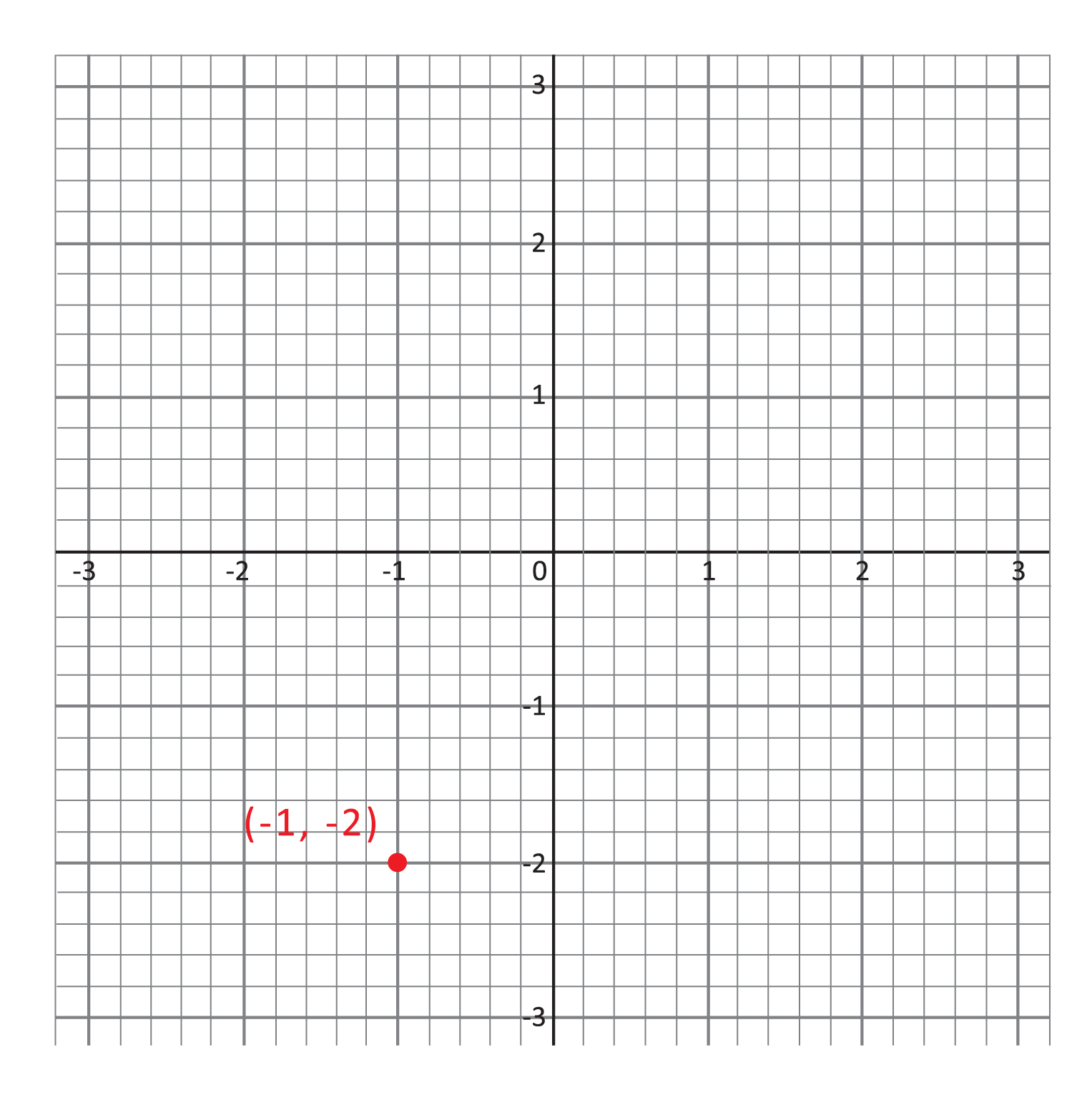 Now that we know where the point lies, again recall that the quadrants are ordered starting in the upper right “corner” and moving counterclockwise, as shown below.

From these two illustrations, it is easy to see that the point \((-1,-2)\) is in the third quadrant. As you become more familiar with the quadrants and their ordering, though, you will be able to identify points in the first and third quadrants more easily. Points in Quadrant I have positive values for both x– and y-coordinates, while points in Quadrant III have negative values for both.

We can also guess this solution by noticing a pattern in the y-values given in the table. For each increment by 1 along the x-axis, the y-values increase by 0.5. We are not surprised to see that our solution is 0.5 more than the previous y-value (2) and 0.5 less than the next y-value (3). (This interesting pattern comes from the fraction \(\frac{1}{2}\) right in front of the x in our equation. Coefficients like this are referred to as the “slope” of a line, and you will learn more about their usefulness in future lessons.)

Which of the following points is not on the line described by the equation \(y=-x+3\)?
Hint: you can test whether each point is on the line by plugging the x-coordinate into the equation, then checking to see if it solves for the correct y-value (the second coordinate).