Hi, everyone, and welcome to this video on bodies of water.

There are many different ways that we have classified various types of bodies of water, and we’ll discuss the most major ones in this video, as well as a couple of fun ones too, like the boiling river that may or may not exist.

Types of Bodies of Water

Let’s start with the big ones.

Composed of salt water, oceans cover 70% of the Earth’s surface, and, in reality, are one “World Ocean” that we’ve broken up into five smaller divisions. They are, in descending order by size, the Pacific, Atlantic, Indian, Southern (or Antarctic), and Arctic. These are what we might term political or horizontal divisions, rather than physical or biological vertical divisions. Since the 1700s, there have been many mentions of some sort of southern ocean and recently, attempts have been made to formalize the Southern Ocean, given the importance of ocean currents. The Southern Ocean has the strongest and longest current in the world which circumvents Antarctica.

Next up in size are seas. A sea is also made up of salt water, and is a large body of water entirely or partially surrounded by land. This isn’t to be confused with “the sea” which is generally how people refer to the collection of oceans. It’s a matter of specificity: if you’re not being specific, you might take a holiday by the sea. If you are being specific, you might sail across the Mediterranean Sea or the Pacific Ocean. But you wouldn’t go to the Pacific Sea.

A few seas would be the Mediterranean, Bering, Norwegian, Arabian, and so on. You’ll notice that these are often just bits of the ocean that are mostly surrounded by land that we’ve named. The Caspian Sea is sometimes classified as a salt lake, although it’s quite large.

Now before we move inland to talk about lakes, let’s first discuss wetlands and deltas. A delta is where a river meets the ocean, or sometimes a lake. Usually, the river fans out as it approaches sea level. They’re formed when a river carries a certain amount of sediment at a higher rate and when it reaches a stagnant body of water, it forms a delta. 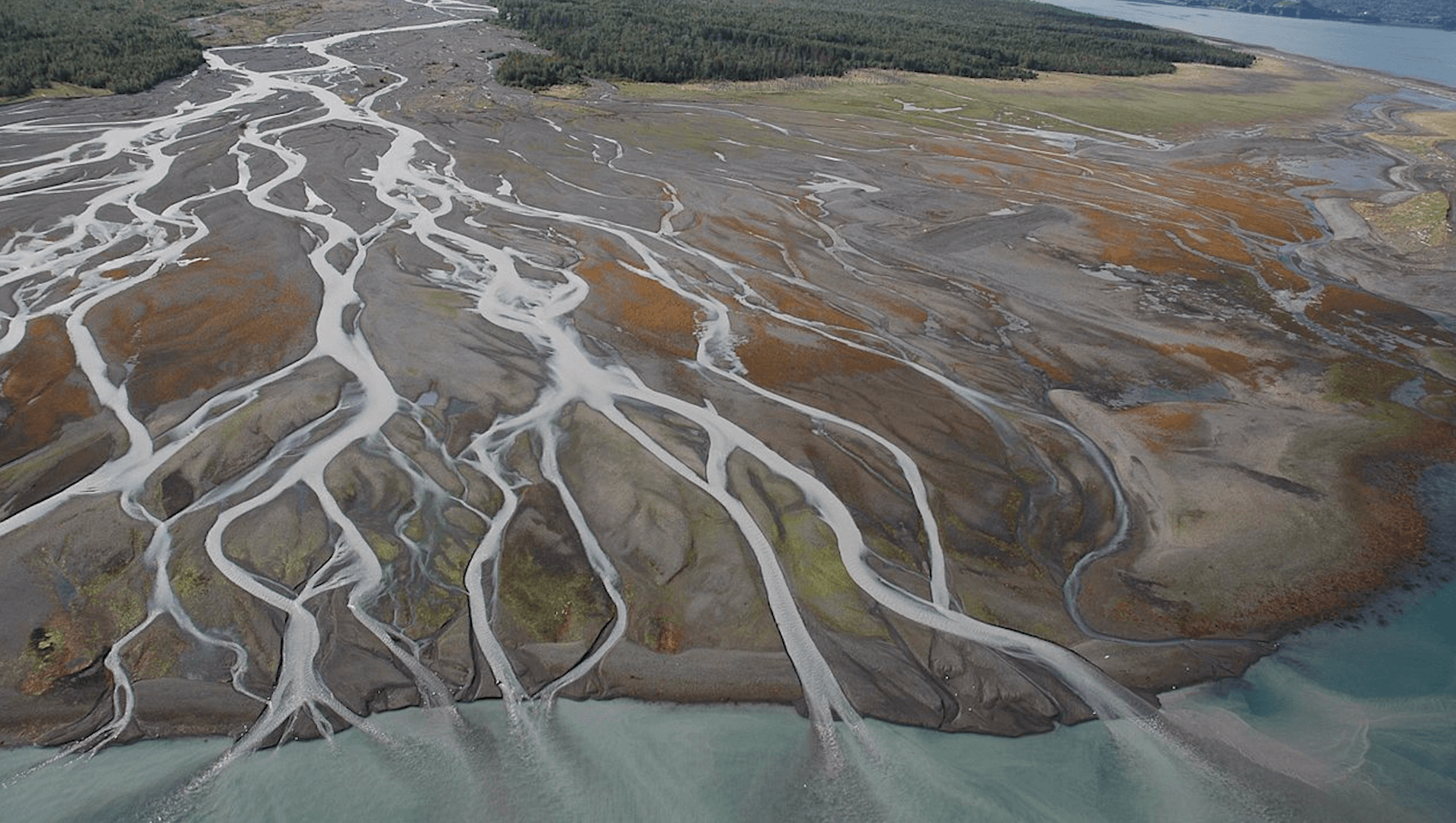 A wetland is different from a delta, although wetlands often form near the shore. Wetlands form unique ecosystems that are inundated by water and contain an especially high degree of aquatic plants. Wetlands have been considered the most biologically diverse ecosystem.

Okay, back to more traditional bodies of water. Lakes are the next largest after seas. A lake is always landlocked, meaning it’s completely surrounded by land, except for a river that feeds or drains the lake. Apparently, scientists can’t decide on a specific differentiation between lakes and ponds, so generally, we go by size: lakes are bigger. It depends on who you ask, but some people will say that a lake is a body of water that’s 5+ acres in surface area, or up to 99+ acres in surface area. Almost exclusively, lakes are freshwater, unlike seas, bays, harbors, or anything that’s made up of sea water.

Lakes are formed for different reasons. Most often, lakes were formed (we think) by retreating glaciers that carved up the land. Sometimes they’re formed by the movements of tectonic plates. If you want to learn more about tectonic plates, check out our video on them!

A fun type of lake is the oxbow lake. This is formed when a meandering river (which usually occurs in a low-lying plain) bends back on itself forming a U or horseshoe. The edges continue to erode, and eventually, the stream meets itself again, and the running water bypasses the loop and continues on the shorter route. This leaves the water in the loop to form a lake. In Australia, they call them billabongs.

Still going down the list in size we have ponds next. These are freshwater and are often manmade. They’re formed in a variety of different ways and include koi ponds and other aesthetic purposes, as well as uses for farming.

Of course, there are many other types of bodies of water, such as fjords, wadis, runs, subglacial lakes, reservoirs, lagoons, kills, etc. But sadly, we don’t have time to talk about all of those right now so you’ll have to go research them on your own!

But I promised you I’d talk to you about the boiling river! Legend has it that when the Spanish conquistadors went into the Amazon rainforest in search of gold, few returned. Those that did told horror stories of man-eating snakes, diseases, dangerous creatures, and a river that boiled. Hundreds of years later, a young Peruvian named Andrés Ruzo grew up hearing these tales and was determined to find this river. He eventually worked for National Geographic and would spend years researching and talking to locals about the boiling river. Mostly, he was laughed at for chasing old legends. But eventually, deep in the rainforest, he finally found the boiling river, with the help of the local guardian shaman. So yes, it does exist, although “boiling” is a bit hyperbolic. It is, however, huge, extremely hot, quite long, and non-volcanic. It’s classified as a “thermal river” and isn’t actually any hotter than other thermal bodies of water.

Hope this was helpful!