Prepositions are words that specify how something is related to something else in time and space. They work in a sentence to connect nouns and pronouns with other words and elements. Let’s start with this example:

The dog swam in the lake.


There are two nouns in this sentence: dog and lake. We know from the verb swam what the dog is doing, but we need the preposition in to tell us where the swimming is happening. The dog is swimming in something, and that something is the lake.

What is a Preposition?

Prepositions show direction, location, or time. Many of the most common prepositions are small words you use every day. At, by, for, from, in, of, on, to, and with are all prepositions. Think about this sentence and try to pick out the prepositional phrases.

After work, Joe drove to the store in his car.

Now let’s look back to the first word in the sentence, after. This is also a preposition. Remember, prepositions show direction, location, or time. “After dinner” is a prepositional phrase that tells us when Joe went to the store. Dinner is the object of the preposition.

Take this sentence, for example:

The swallows flew over the trees near the lake.

The swallows flew over the dark trees near the town’s renowned lake.

A preposition is a word that answers the question “When” or “Where” something happened in a sentence. It connects nouns or pronouns to other nouns in the sentence.

About, to, with, up, down, under, inside, after, before, and for are a few examples of common prepositions.

I hope that this was helpful for you!

What is a preposition?

“The butterfly landed on the flower.”

What is a prepositional phrase?

“Please stand beside your brother.”
“The plane soared high above the clouds.”
“The pencils are in the smaller box.”

What is the object of a preposition?

“The deer darted through the field.”
“A crowd gathered outside the store.”
“Eli sprinted from his car to the house.”

Can you end a sentence with a preposition?

Is “after” a preposition?

Yes, the word after is a preposition Here’s an example:

“I’ll finish my homework after dinner.”

Is during a preposition?

Yes, the word during is a preposition. Here’s an example:

“Your phone must be on silent during the movie.” 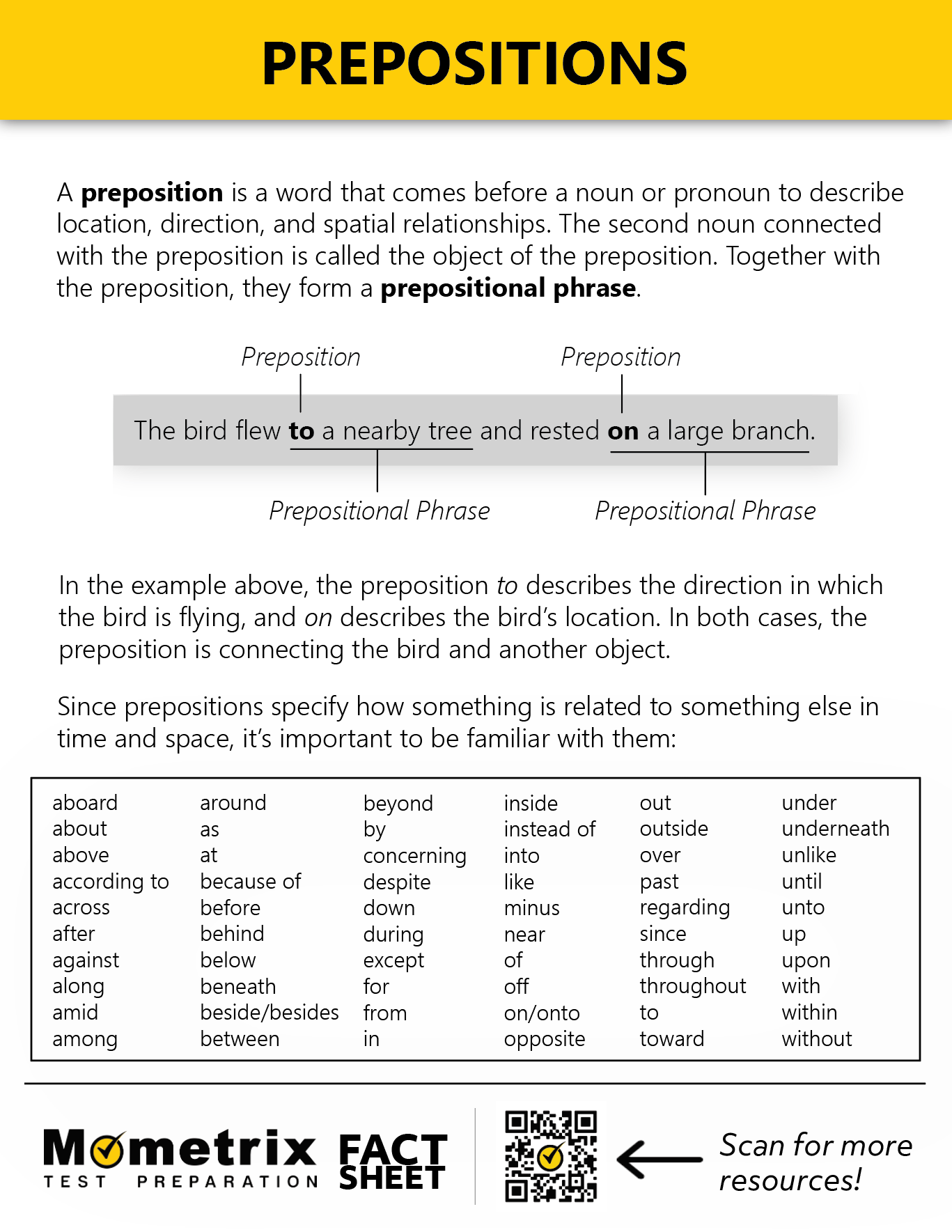