How to Find Symmetry

Hey there! Welcome to this video on symmetry. Let’s get started!

What happens when I take these two shapes,

and I split them in half? 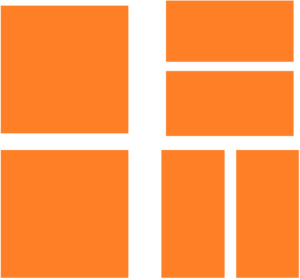 The shapes are identical in size and shape, right? I can see this more clearly by folding the images on top of each other.

Symmetry comes from the Greek word symmetria meaning “a similar agreement of parts.”

Symmetry, just like congruent shapes, means that one shape becomes exactly like the other when you move it in some way. The movement could be a turn, a flip, or a slide.

When a shape is not symmetrical, then this is referred to as asymmetrical.

That was a lot. Let’s take a look at what I mean.

Where both identical lines of the cross intersect, we can see that there is a point of symmetry, but let’s take a look at the definition to make sure. 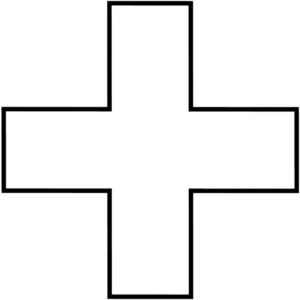 So let me draw this line here, this point of symmetry. 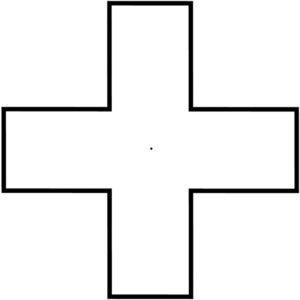 Okay, does the point split the cross into two identical, or congruent, shapes? Well, if we imagined folding it over across this point, it would then split it in half. So, check!

Is every single line or angle of the cross the exact same distance from the point on each side?

So “are all these angles congruent and the same exact distance from this point” is our question.

Based on what we can see, it definitely appears that way. However, to be one hundred percent sure, we would need to measure every single line and angle. But, for this exercise, I have used an example where we are assuming all the lines and angles are the exact same distance, so check!

Since we’ve already found the point of symmetry on the cross, let’s see how many lines of symmetry it has. How many times can we split the cross, and get identical parts? 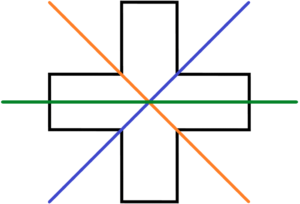 How many lines of symmetry does the dog have? Or how many lines can you draw that create multiple identical parts? 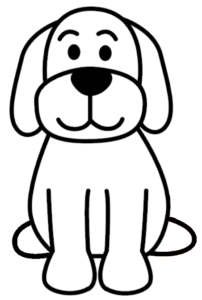 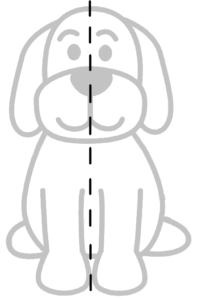 So we can see there’s one line of symmetry.

If there were any more lines, then we would not have identical parts.

What about the side of the dog? Do you see any lines of symmetry? 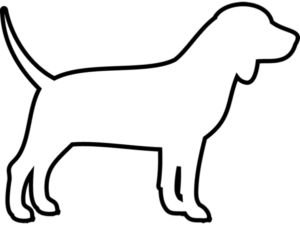 No. Each end of the dog has different-shaped parts. The head is different than the tail. Let’s move on.

Okay, now what about this thought bubble? 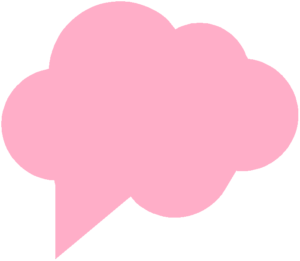 Is there a line you can draw to create two identical parts? No.

Let’s see how many lines we can draw to split this hexagon into identical parts. 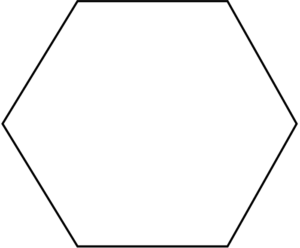 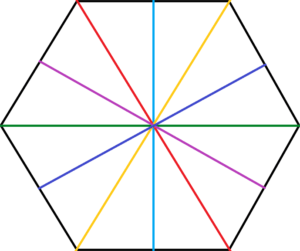 You guys have done a really great job.

Keep practicing by looking for shapes that are symmetrical in your classroom, in your house, outside, or wherever you are.

Symmetry is everywhere, and it’s very important. Architects and engineers use symmetry to design sturdy buildings and other objects. Interior designers use symmetry and asymmetrical design to make their work more appealing to look at. People everywhere use symmetry in some way.

I hope that this video was helpful. See you next time!

How many lines of symmetry does a square have?

A square can be folded in half horizontally, vertically, or over each diagonal shown. Therefore, the square has four lines of symmetry. 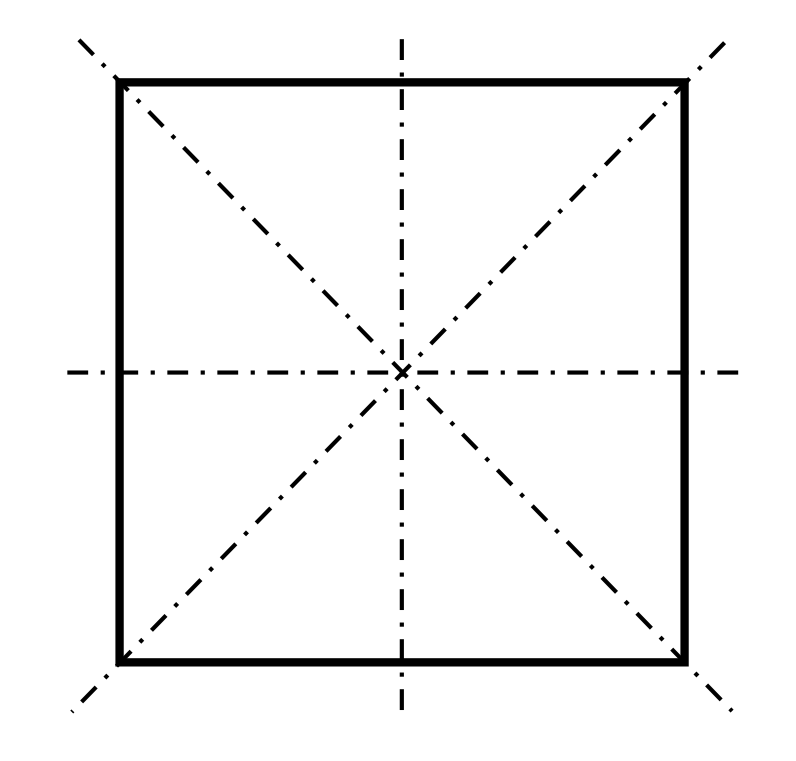 Which letter has exactly two lines of symmetry? 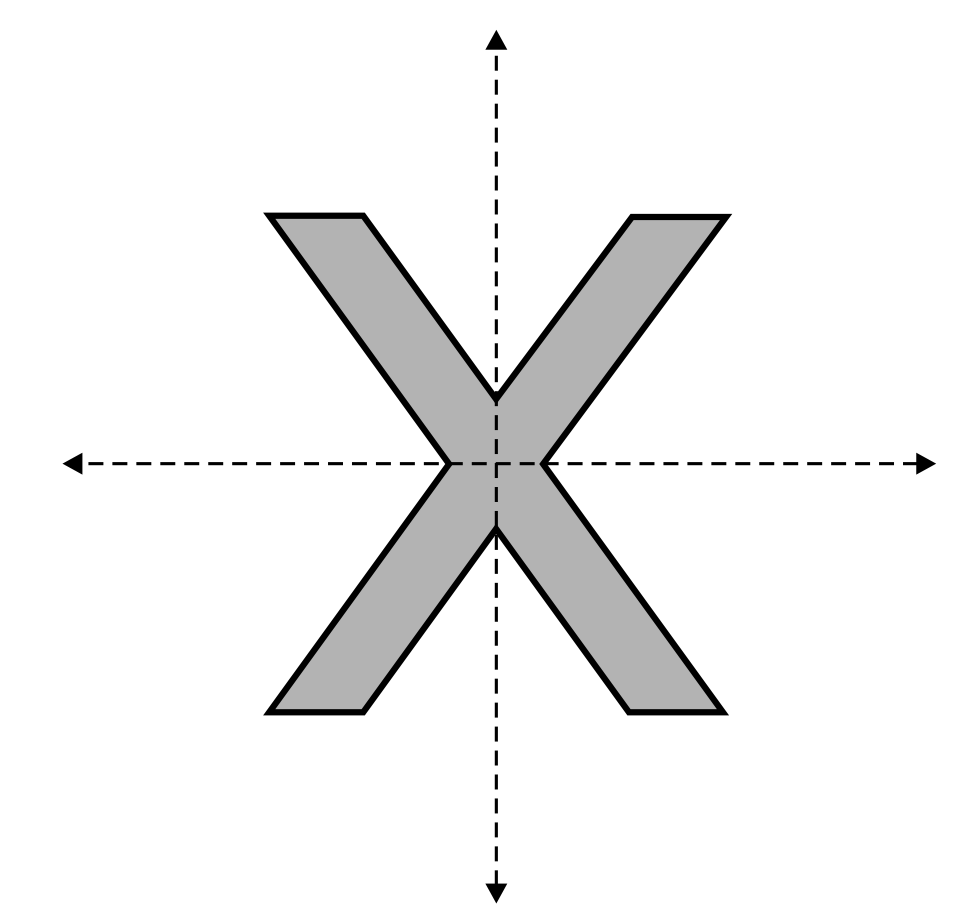 Which image shows a dotted line that is not a line of symmetry? 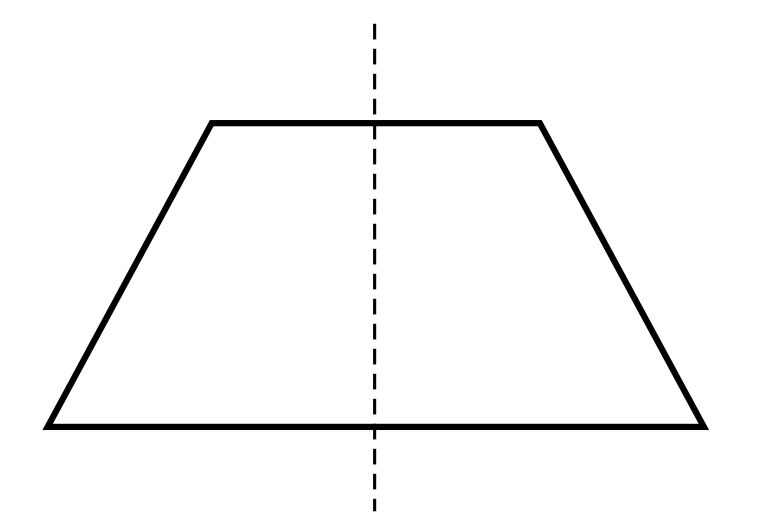 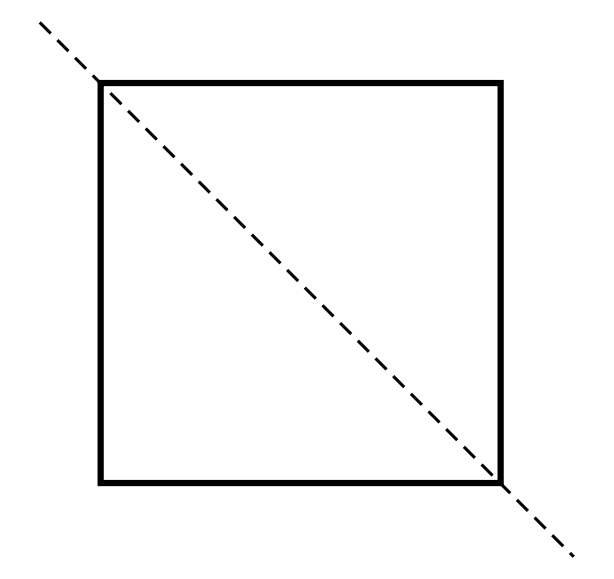 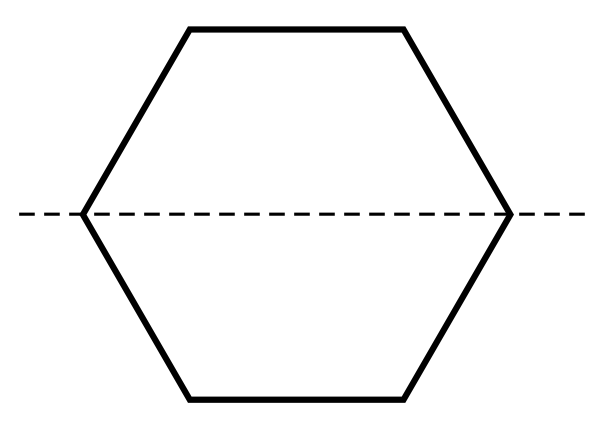 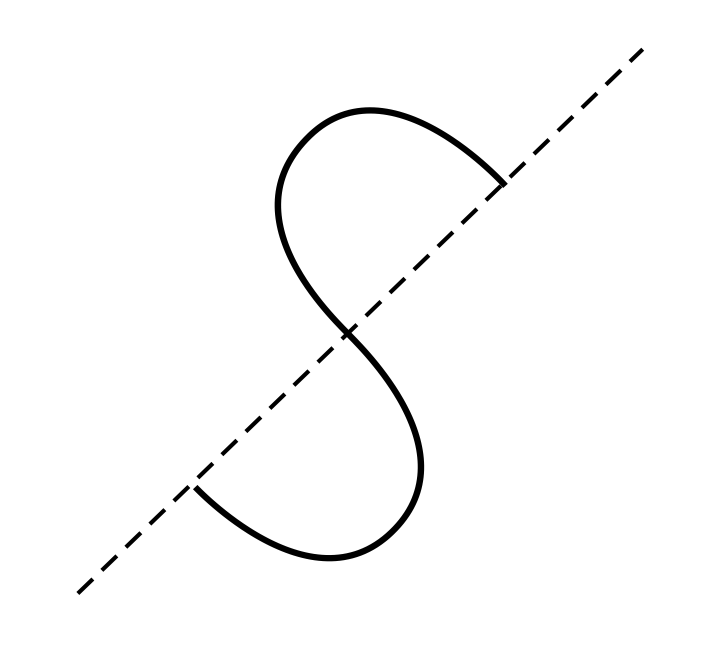 The letter H contains two lines of symmetry: a vertical and a horizontal line of symmetry. 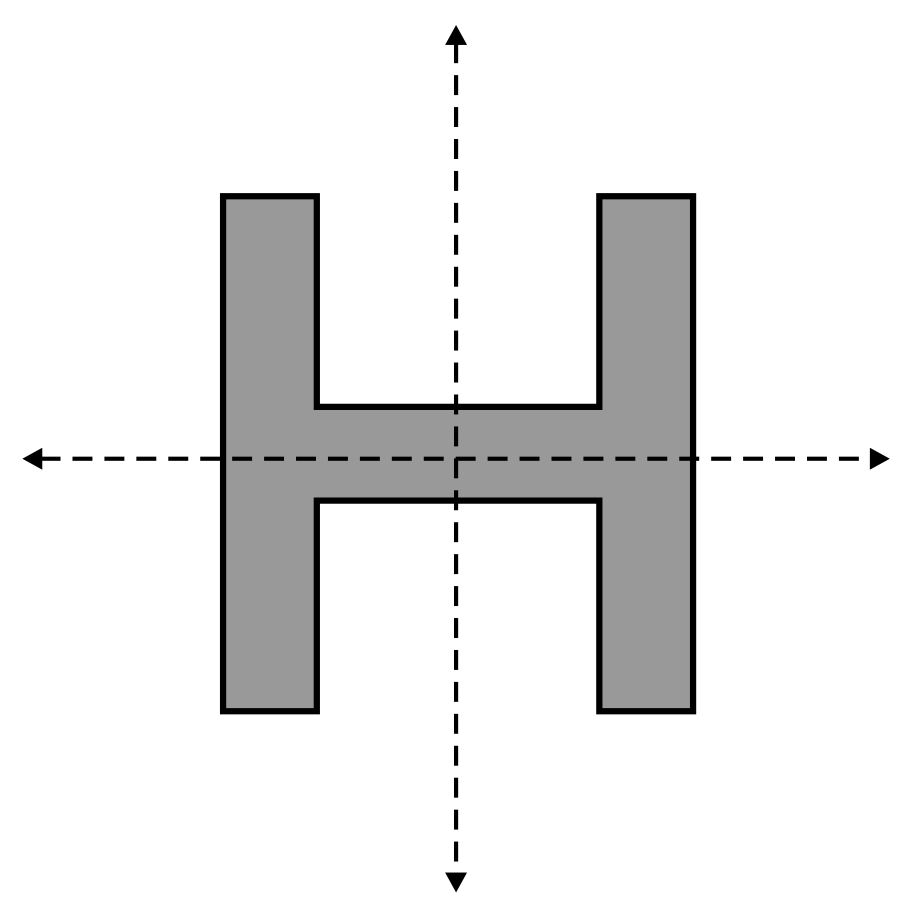 A King of Hearts playing card