Proof that a Triangle is 180 Degrees

How many degrees are in a triangle?

One of the first things we all learned about triangles is that the sum of the interior angles is 180 degrees.

You might have used this knowledge to find the missing angle in a triangle when you knew the other two, and all was well. But then a seed of doubt or curiosity may have crept in. How do we know that the sum of the angles is

180? Is there some way that we can definitively prove it? The answer is yes!

To mathematically prove that the angles of a triangle will always add up to 180 degrees, we need to establish some basic facts about angles.

Angles of a Triangle

The first fact we need to review is the definition of a straight angle.

A straight angle is just a straight line, which is where it gets its name.

We’ve placed three points on it to represent the three angles of a triangle. The straight angle ABC is a 180-degree angle. This will be important later.

To see our next angles, let’s take two straight angles and have another line cross through them: 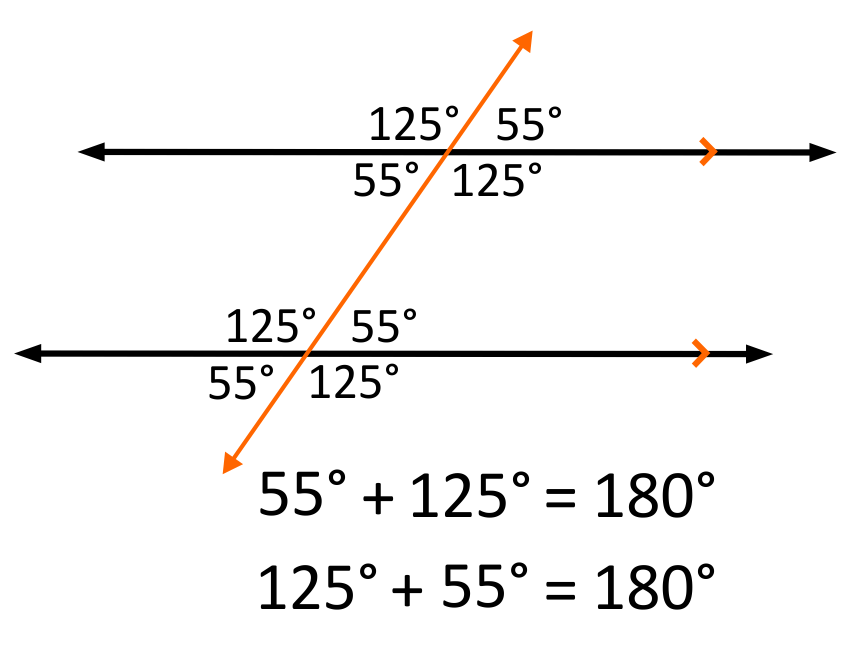 This is because the transversal line cuts each of the parallel lines into two pieces. Since the straight line is a straight angle, when it’s cut in half its two halves must add up to the original measure. It’s just like if you cut a meter stick at any point, when you put the two pieces of the stick back together they will still add up to one meter.

If we draw one more line cutting across the parallel lines we can make a triangle. 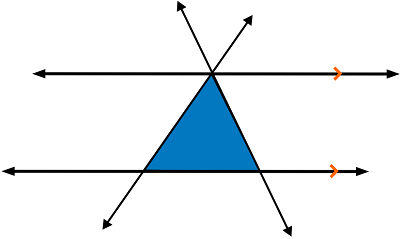 Let’s add some angle labels to all the angles between the parallel lines: 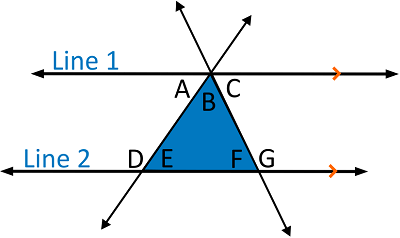 We can see that angles A, B, and C combine to form a straight angle, so that means that their sum must be 180 degrees. Now we can establish that the three angles inside the triangle (B, E & F) also add up to 180.

Angles A and E are congruent angles, which means they have the same measure, because they are alternate interior angles of a transversal with parallel lines. 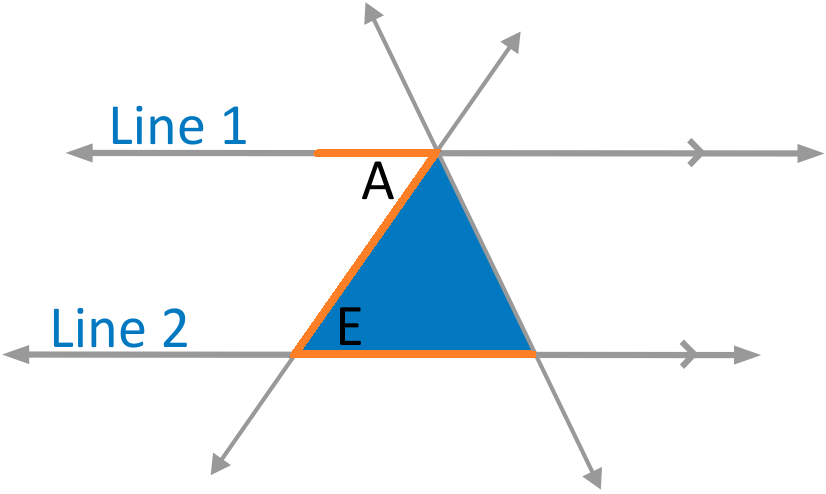 Angle C and Angle F are congruent for the same reason. 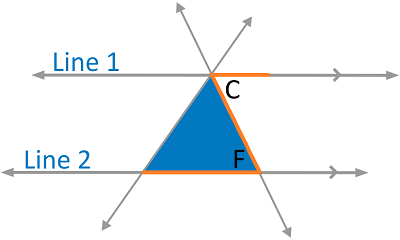 Let’s look at it now with the angle measures in place: 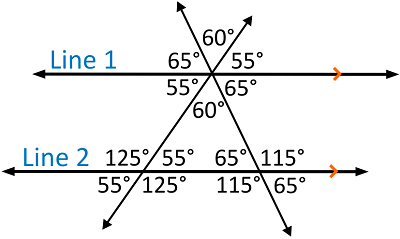 When we look at the three angles underneath Line 1, we can see that they add up to 180 degrees just as we know they must.

And the three angles in the triangle have the same three angle measures. This will always be true. If we rotate the line we added and look at the measures again we’ll see that it still works: 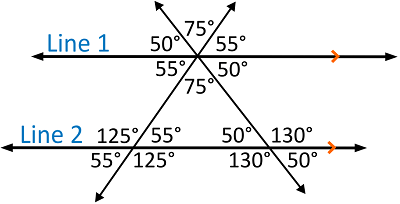 Okay, before we go, let’s go over a couple of quick review questions!

1. What is the measure of a straight angle?

The correct answer is B, 180 degrees!

2. If two angles are alternate interior angles of a transversal with parallel lines, this means that the angles are also

The correct answer is A, congruent!

How do you prove that a triangle is 180 degrees?

Can a triangle be 180 degrees?

An angle that is \(180°\) is considered a straight angle, or essentially a straight line. The interior angles of a triangle need to have a sum of \(180°\), which means that none of the angles can individually be \(180°\).

Why can’t a triangle have an 180-degree angle?

What is the angle sum of a triangle?

For example, the sum of the angles of the quadrilateral below is \(360°\) because it consists of four \(90°\) angles. The pink triangle is half of this, therefore the sum of its angle measures should also be half \((180°)\). 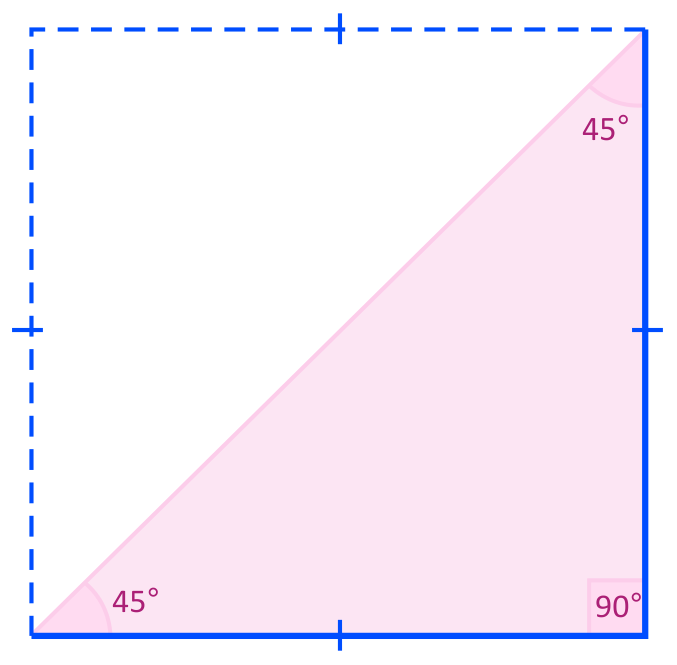