Hi, and welcome to this video on the Monroe Doctrine. Today, we’re going to look over how the doctrine came about and how it eventually acted as the cornerstone for US foreign policy as it pertained to the Americas in the 19th and 20th centuries. Let’s get started!

To begin, let’s take a look at the state of the Americas at the time of the doctrine’s conception. During the early 1800s, North, South, and Central America were in the midst of a period of rapid decolonization. An insurrection in Haiti expelled the French in 1804, while Brazil gained independence from Portugal in 1822. Around the same time, almost 300 years of Spanish colonial rule were coming to an end as a series of independence wars against the Spanish Crown broke out across Central and South America. Only Cuba and Puerto Rico would remain under Spanish control. For the United States, these events offered promising trade opportunities with the newly-independent states but also dangers of entanglements with European powers seeking to regain lost colonial possessions.

By 1823, the United States had added significant swathes of new territory since gaining independence from Britain. The 1803 Louisiana Purchase saw over 800,000 square miles of land claimed from France for the rather modest sum of $15 million. Secretary of State and future president, John Quincy Adams negotiated the purchase of Florida from Spain in 1819. With an eye set to even further expansion in the future, the United States wanted to make the break from the old world permanent. Interestingly, American aims in the Western Hemisphere were broadly supported by an old enemy from the old world that they sought to leave behind. 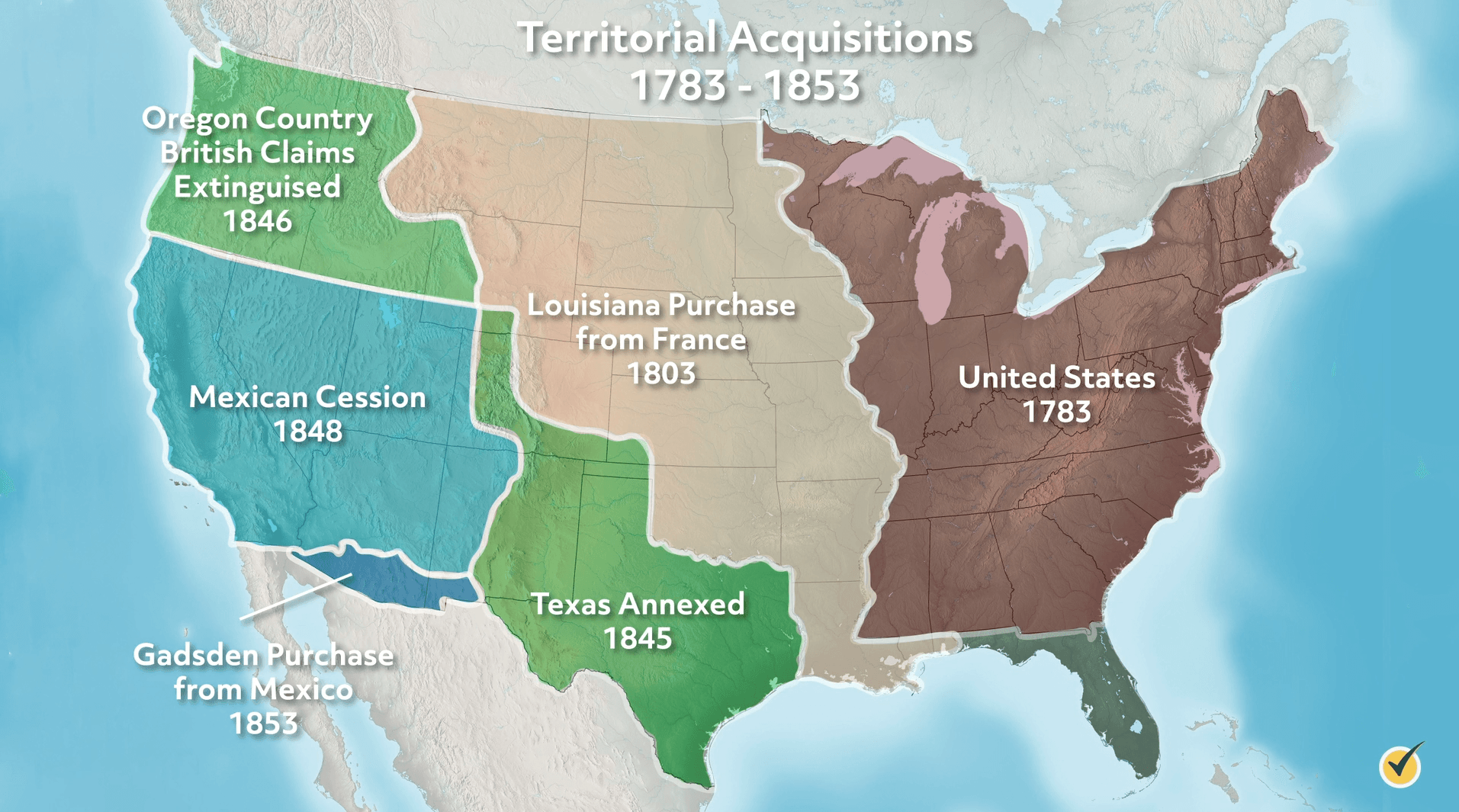 As the world’s foremost naval power, Great Britain was well-placed to profit from Spanish losses in Latin America by opening up lucrative trade opportunities. Realizing their goals were mutually aligned, the British Foreign Secretary George Canning reached out to John Quincy Adams to seek a joint declaration against French and Spanish interventions in South America in August 1823.

Though former presidents Thomas Jefferson and James Madison advised Monroe to take the British up on the offer, Adams spoke against the idea in November 1823. He cautioned that the US would be seen as a junior partner in any cooperation, likening it to a “cockboat in the wake of a British man-of-war.” Any partnership, he noted, would also risk closing off the possibility of future expansion. Adams advised the president to issue a statement of principles free of British influence. The Monroe Doctrine was part of the annual message delivered to Congress that December. Though it carried the president’s name, the main driving force behind the doctrine was John Quincy Adams.

On December 2, 1823, James Monroe stated the key point of the Monroe Doctrine:

“. . . the American continents, by the free and independent condition which they have assumed and maintain, are henceforth not to be considered as subjects for future colonization by any European powers . . .”

The statement also included a pledge to stay out of any European conflicts and to not interfere with any remaining European colonies. The doctrine was, in effect, a hands-off warning against colonial powers outside the Americas and a resolution to keep out of European affairs. Any attempt by a European power to expand colonial interests in the Americas would be considered an act of war.

At the time, the United States had limited means to enforce the doctrine, and it was largely ignored by the world’s major powers. It acted as more of a statement of intent on the part of the United States rather than a firm policy.

The doctrine would occasionally be used/cited over the course of the 19th century. President James K. Polk cited the doctrine in 1845 in warning the Spanish and British against interfering with American expansion. William Seward, Secretary of State under Lincoln and Johnson, called for the removal of French troops from Mexico following the Civil War, describing their presence as a violation of the Monroe Doctrine.

By the turn of the 20th century, the United States had begun to expand beyond its continental borders. Though a cross-section of Americans were strongly opposed to the formation of an overseas empire, President William McKinley defeated the anti-Imperialist William Jennings Bryan in the 1900 election. McKinley was assassinated in 1901 and his successor, Theodore Roosevelt, sought to build on the principles of the Monroe Doctrine. The Roosevelt Corollary to the Monroe Doctrine was part of the 26th president’s 1904 State of the Union address. The Roosevelt Corollary stated the United States would actively intervene in Latin America to uphold the stability of the region. In practice, this resulted in a series of American military interventions in Central and South America. Over the course of the 20th century, the United States became increasingly willing to directly exert influence in the Western Hemisphere.

Overall, the Monroe Doctrine cast a long shadow on American foreign policy in the 19th and 20th centuries. What began as a rather wishful set of principles for a young nation evolved to become a centerpiece of American foreign policy for decades. The meaning of the doctrine changed over time to fit the changing needs of the United States, but the central tenet of American dominion over the Western Hemisphere remained intact.

Ok, before we wrap up with some review questions, let’s recap what we discussed. The Monroe Doctrine was primarily concerned with establishing a US sphere of influence over the Americas, preventing further colonization, and staying out of European affairs. Lightly regarded by the world’s major powers at the time, it served as more of a guiding principle than a definitive policy. By the early 20th century, the doctrine took on more of an assertive form in the Roosevelt Corollary. The Monroe Doctrine laid the foundations for a series of American interventions in Latin America in the century that followed.

1. Who was the primary author of the Monroe Doctrine?

The correct answer is B! Though named after the president, the doctrine was primarily penned by John Quincy Adams.

2. Which of the following best describes the Monroe Doctrine’s main idea?

The correct answer is A! The main idea of the doctrine was to ensure other world powers refrained from colonizing the area any further, as well as to keep the US from meddling in European conflicts and interfering with any remaining European colonies.

3. Which of the following was NOT an instance of the US invoking the Monroe Doctrine?

A. Willam Seward calling for the removal of French troops from Mexico following the Civil War.
B. The Cuban Missile Crisis in 1962
C. The containment of communist uprisings in Europe
D. James K Polk warning the Spanish and British against interfering with American expansion

The correct answer is C! The containment of communist uprisings in Europe, specifically Greece and Turkey, was an event linked with the Truman Doctrine, which would be established in 1947.