Welcome to this video review on lymphoma. We will discuss the definition of lymphoma, the different types of lymphoma, lymphoma’s effects on the body, signs and symptoms, and options for treatment.

Lymphoma refers to cancer that originates in lymphocytes, or cells of the lymphatic system. The term “lymphoma” comes from the Latin word “lympha,” which refers to water (because lymphatic fluid has a watery appearance) and the Greek suffix “-oma,” which means tumor or cancer.

The lymphatic system is composed of collecting ducts, lymph nodes, and lymphatic vessels. As part of the immune system, the lymphatic system performs the important function of filtering and processing lymph. Lymph is an interstitial fluid, meaning it exists outside of cells in the body, and sometimes contains damaged cells or foreign particles like viruses and bacteria. Lymph travels through lymph channels until it reaches lymphoid tissues, including the spleen and lymph nodes, where foreign substances are removed before the lymph is returned to the bloodstream. 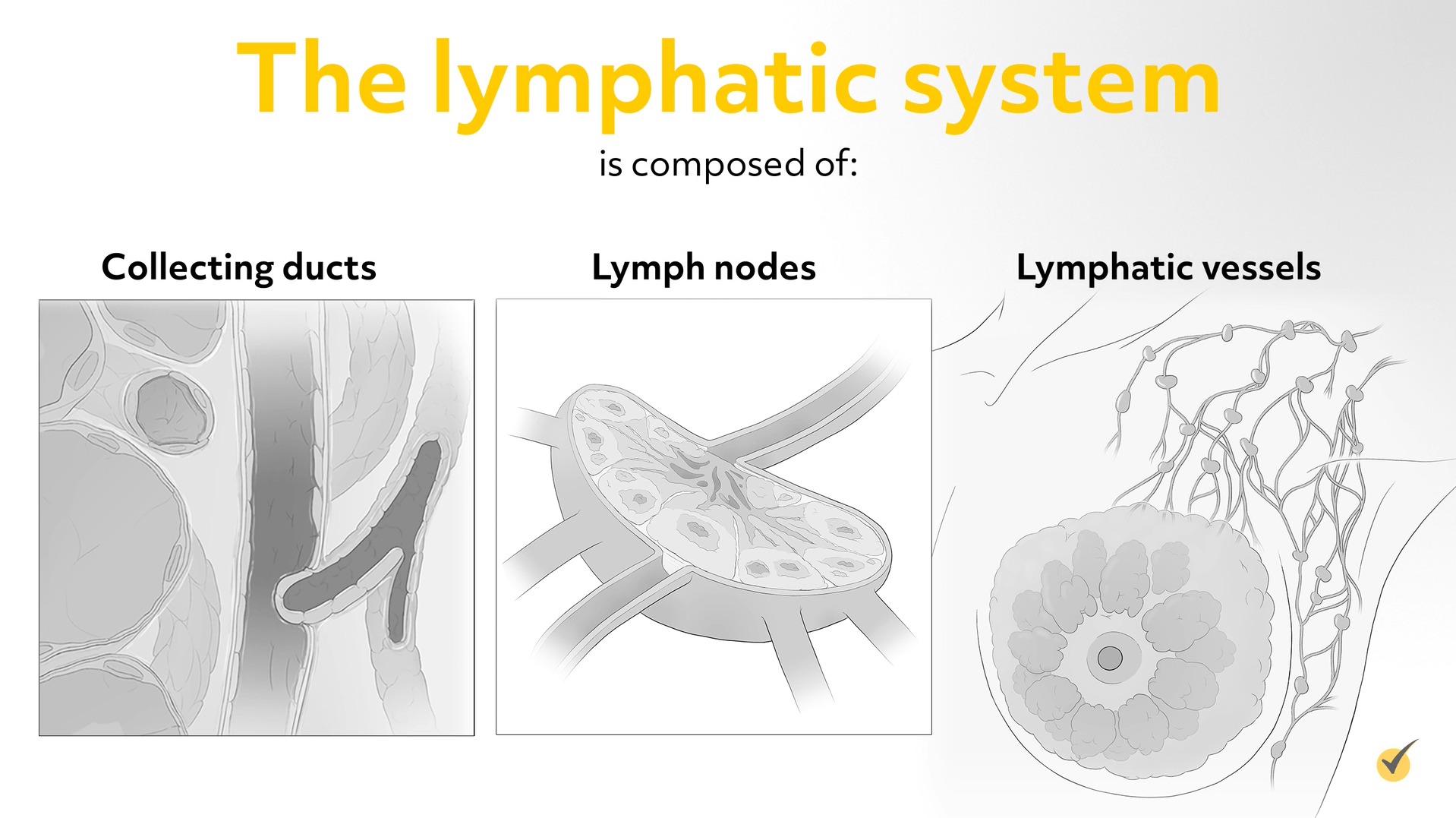 Lymphoma is divided into two types:

Hodgkin’s lymphoma, sometimes called Hodgkin’s disease, is identified by the presence of very large, abnormal B lymphocytes called Reed-Sternberg cells. The World Health Organization divides Hodgkin’s lymphoma into about 5 subgroups depending on the characteristics of the malignant cells. Hodgkin’s lymphoma usually starts at a single site and grows along the connections in the lymphatic system.

As a cancer, lymphoma is the result of an error in the cell replication cycle that causes cells to reproduce uncontrollably, despite the body’s natural defense mechanisms. Cancer cells take up space that would otherwise be occupied by healthy cells or normal fluids, and many of lymphoma’s effects on the body are due to this displacement. Cancerous growths (tumors) can have various effects based on their location. Tumors in lymph nodes can cause lymphadenopathy, or swelling of the lymph nodes, and obstruct or interfere with the transport and filtering of lymph. Tumors may also grow to a size where they compress nearby organs and limit their function.

Immune responses in individuals with lymphoma can be diminished as well. If cancer is present where lymphocytes mature and differentiate, it can decrease the available space for developing lymphocytes, thereby decreasing the number of replacement lymphocytes for cells at the end of their lifespans. Because lymphocytes are responsible for identifying foreign pathogens like bacteria and viruses, a decrease in circulating lymphocytes may mean increased susceptibility to infection.

Lymphoma can cause enlarged lymph nodes, which are usually painless. Symptoms associated with the location of a tumor may also occur, such as abdominal pain when an abdominal mass is present, or difficulty breathing due to pressure on the trachea from a tumor in the thymus. Energy and resources that are usually allocated to normal functioning are required for cancer cells to grow, and this redirection can cause fatigue. B symptoms (systemic complaints) are a group of symptoms that are more common in advanced stages of lymphoma, including unexplained fever without chills, drenching sweats especially at night, and unintentional weight loss greater than 10% of body mass.

Diagnostic evaluation is necessary to confirm cases of lymphoma, as all of the subjective symptoms are nonspecific and can be indicators of other diseases. A lymph node biopsy extracts a sample of tissue to be examined for the presence of cancer cells. Medical imaging tests may be conducted to determine the spread of lymphoma, including chest x-rays, ultrasound, and CT, MRI, or PET scans. Blood tests can also show some of lymphoma’s effects, but are not considered diagnostic of the disease. For example, mild anemia is often present in Hodgkin’s lymphoma, but anemia can also have many other causes.

Treatment for lymphoma depends on factors such as its type and subtype, stage and category, and any underlying medical conditions or other considerations. Treatments are typically aimed at destroying cancer cells and stopping the spread of disease. Active surveillance, or watchful waiting, is sometimes the course of action when the lymphoma is slow to grow and symptoms are minor. Chemotherapy is a common medical treatment of lymphoma, and often involves a combination of several medications that act in slightly different ways. Radiation therapy, especially if the tumor is limited to a single area, is also used to treat lymphoma. Radiation is most frequently used in conjunction with chemotherapy. Sometimes stem cell transplants are required after high-dose chemotherapy regimens.

Nursing management of patients with lymphoma can involve administering chemotherapy and other medications according to physician orders and providing supportive care for side effects. Chemotherapy is cytotoxic, meaning toxic to cells, and normal cells are affected in addition to the cancer cells being targeted. Side effects include nausea and vomiting, diarrhea, fatigue, and hair loss. Immune suppression is also a significant side effect, and stringent infection prevention precautions should be observed.

Many types of lymphoma respond well to treatment. Hodgkin’s lymphoma and some types of Non-Hodgkin’s lymphoma have high rates of positive treatment outcomes, including cure. Patients in remission should receive regular follow-up care and screening for relapse or second cancers.

Let’s look at a couple of practice questions to review:

1. Which of the following are appropriate interventions for a patient receiving chemotherapy for lymphoma? Select all that apply.

A and C are both appropriate interventions for this patient. B and D are not indicated based on the available information.

Which of the following would the nurse expect to find when assessing a 72-year-old man with lymphoma?

If you chose C, you are correct. Remember that in patients with lymphoma, lymph nodes may be swollen but are not usually painful.

Thanks for watching and happy studying!