Hi, and welcome to this video on Lyme disease! Today, we’ll be taking a look at where this disease comes from, what effects it has on the human body, and what can be done to treat it. Let’s get started!

So, what is Lyme disease? Lyme disease is a bacterial infection that’s carried by a black-legged tick, also known as a deer tick. 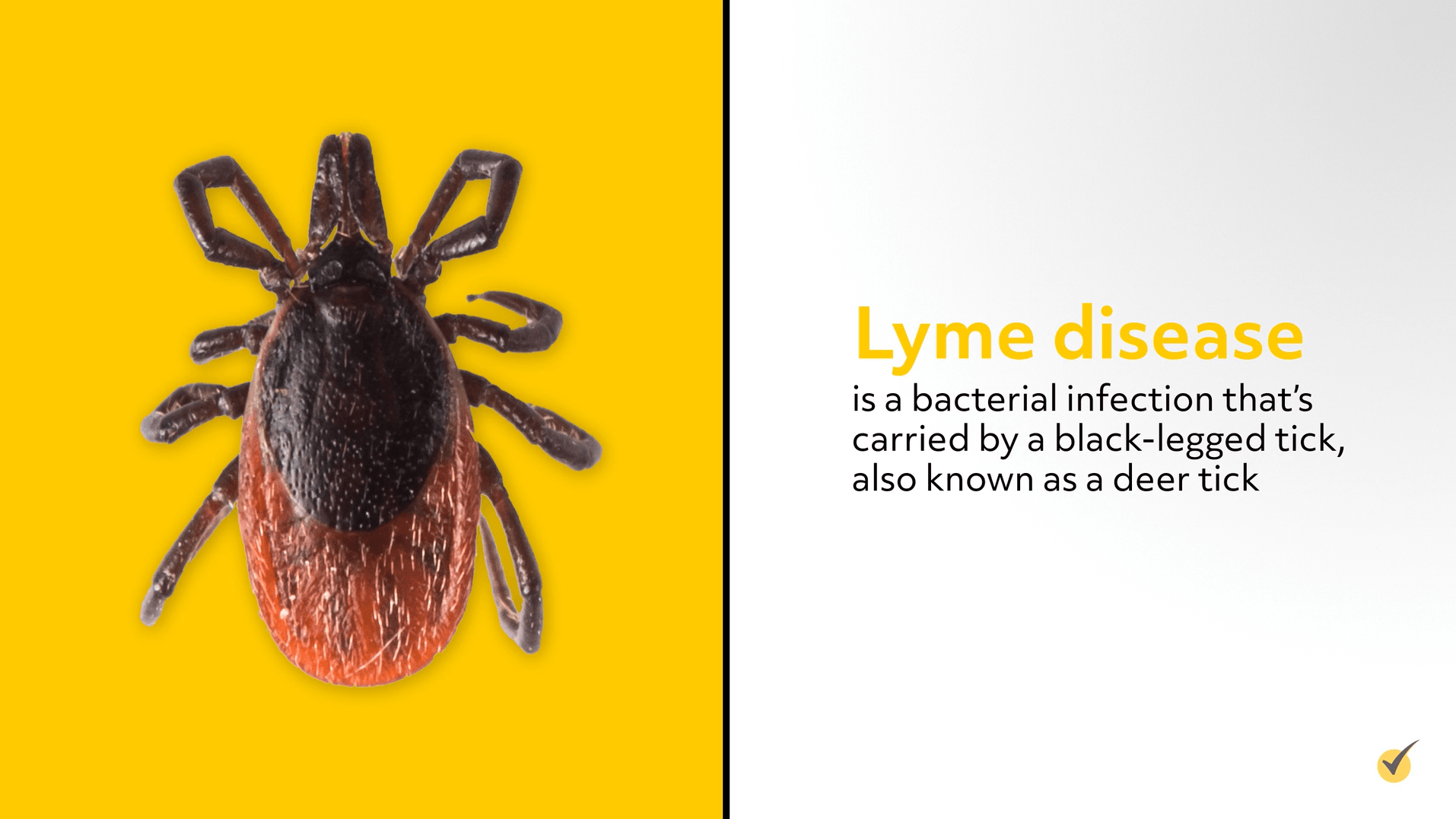 Humans become infected when they are bitten by a tick that’s carrying the Borrelia burgdorferi bacteria. It’s important to note that humans cannot contract the disease from contact with other humans; the only way a person can become infected is from an infected tick. The most common geographic areas in the United States to contract Lyme disease from this particular tick are the Northeast and upper Midwest.

Looking at this map, it might not be a surprise to hear that the name of the disease comes from one of the cities located in the Northeast. In 1975, doctors and researchers in Lyme, Connecticut were inundated with patients, children and adults, who were all suffering from similar, puzzling symptoms. It was eventually discovered that the patients were all bitten at some point by the regional deer tick, and antibiotics began being tested to treat the symptoms.

People who spend a lot of time outdoors, particularly in grassy, wooded areas, are more likely to get Lyme disease, as ticks are more prevalent in those areas.

Symptoms of Lyme disease can occur in stages, which can overlap. Early localized signs include a small red bump similar to a mosquito bite, which resolves in a few days. 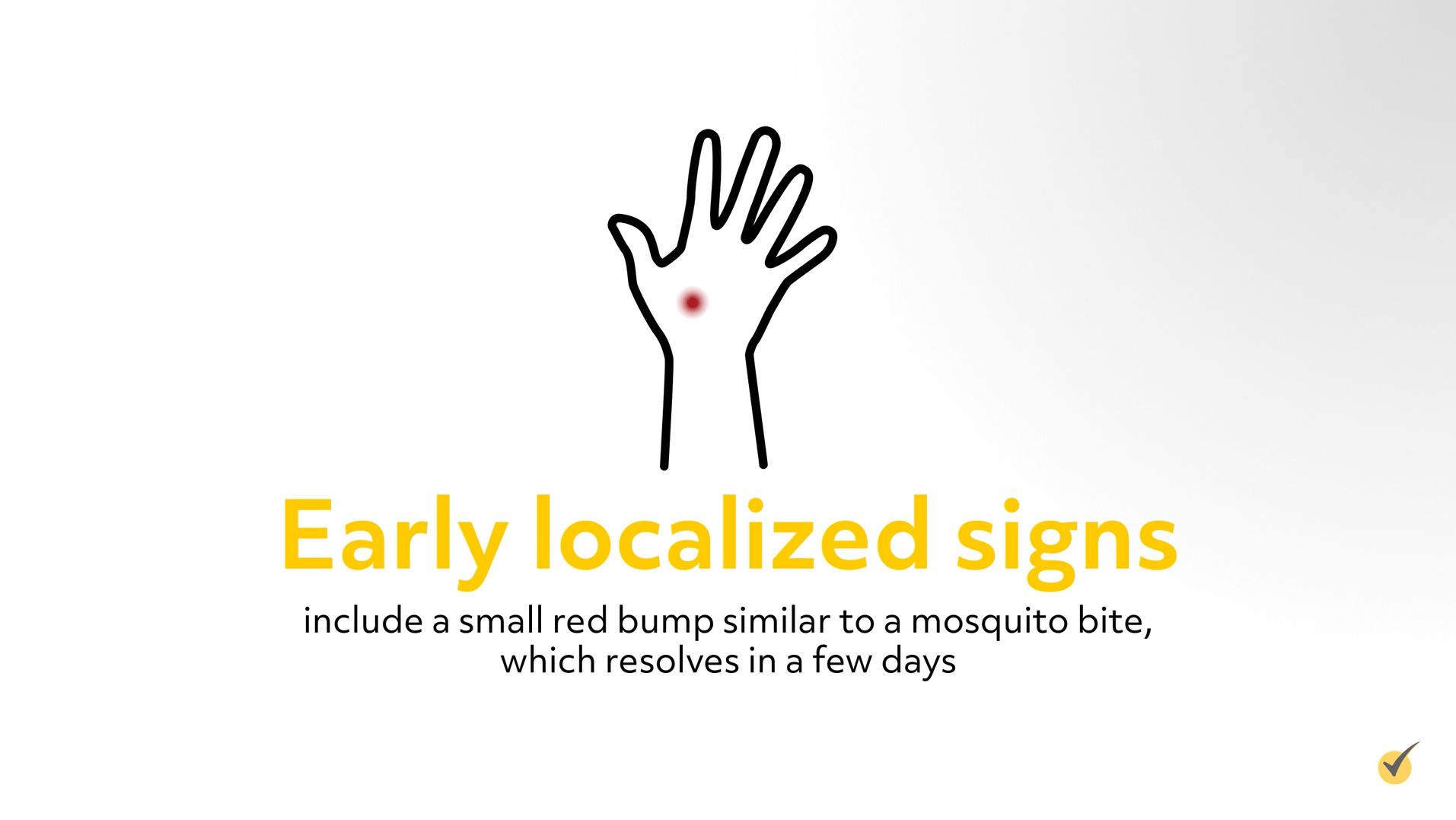 Approximately thirty days after being infected, Erythema migrans, a rash often known as a “bullseye” rash, will appear in the area of the bite. Erythema migrans simply means a rash that expands or “migrates”, and erythema is our medical term for red or red raised rash or “patchy area”. This rash is one of the hallmarks of Lyme disease, but not everyone with Lyme disease develops the rash. Others will develop this rash at more than one place on their body.

How is Lyme disease diagnosed? Because Lyme disease remains one of the more under-researched diseases, diagnosing it can prove to be challenging. For starters, it is known to sometimes mimic many other disorders, including the flu. Start by taking the patient’s medical history and taking note of present signs and symptoms.

It should be noted that, as the condition progresses, Lyme disease can eventually cause symptoms of mental illness when the infection attacks the central nervous system. It may cause mental disturbances such as:

Once the patient’s signs and symptoms are assessed, one of two tests should be administered. The enzyme-linked immunosorbent assay (ELISA test) detects antibodies in the patient’s blood to determine if there are any antibodies related to the Borrelia burgdorferi bacteria. This is a simple blood test. The other option is the indirect immunofluorescence assay (IFA test). This test utilizes fluorescent dyes to identify antibodies bound to specific antigens.

Once confirmed, treatment consists of antibiotic therapy. The exact amount and route of antibiotics will be decided by the stage of the disease which is indicated by the presenting symptoms. Oral antibiotics include doxycycline for adults and children older than 8, or amoxicillin or cefuroxime for adults, younger children, and pregnant or breastfeeding women. A 10 to 21-day course of oral antibiotics is usually recommended for early Lyme disease, but intravenous antibiotics will need to be administered for 14-28 days in severe cases or cases that are diagnosed late. These include ceftriaxone and penicillin G.

As I’m sure you’ve heard before, prevention is better than cure. Patients should be advised to avoid areas where deer ticks live, especially wooded, bushy areas with long grass. You might recommend that they wear long sleeves and long pants if they do visit these areas and to keep an eye out for ticks regularly.

Okay, before we go, let’s go over a few review questions!

The correct answer is C! One of the first indications of Lyme disease is often erythema migrans, a distinctive bull’s-eye rash that occurs about the site of the tick bite and sometimes on other parts of the body within a few weeks of the bite. Some people also develop flu-like symptoms with the rash.

2. Which of the following is most commonly administered to a patient with Lyme disease?

The correct answer is A! Oral antibiotics include doxycycline for adults and children older than 8, with a 10 to 21-day course usually recommended.

3. Which of the following is NOT a test used to diagnose Lyme disease?

The correct answer is A! ELISA or IFA is used to examine the antibodies in the blood, while the Western blot test is used to confirm a positive ELISA or IFA test. CBC is used to measure the various types of blood cells in a patient’s blood, often utilized as a way to diagnose blood cancer.