Introduction to Types of Triangles

Hi, and welcome to this review of different types of triangles! Before we begin, here’s a review of the basics.

We’re going to break our six types of triangles into two groups of three.

Let’s start with the three types of triangles that are categorized by the measure of their largest angle. These are the acute, right, and obtuse triangles. 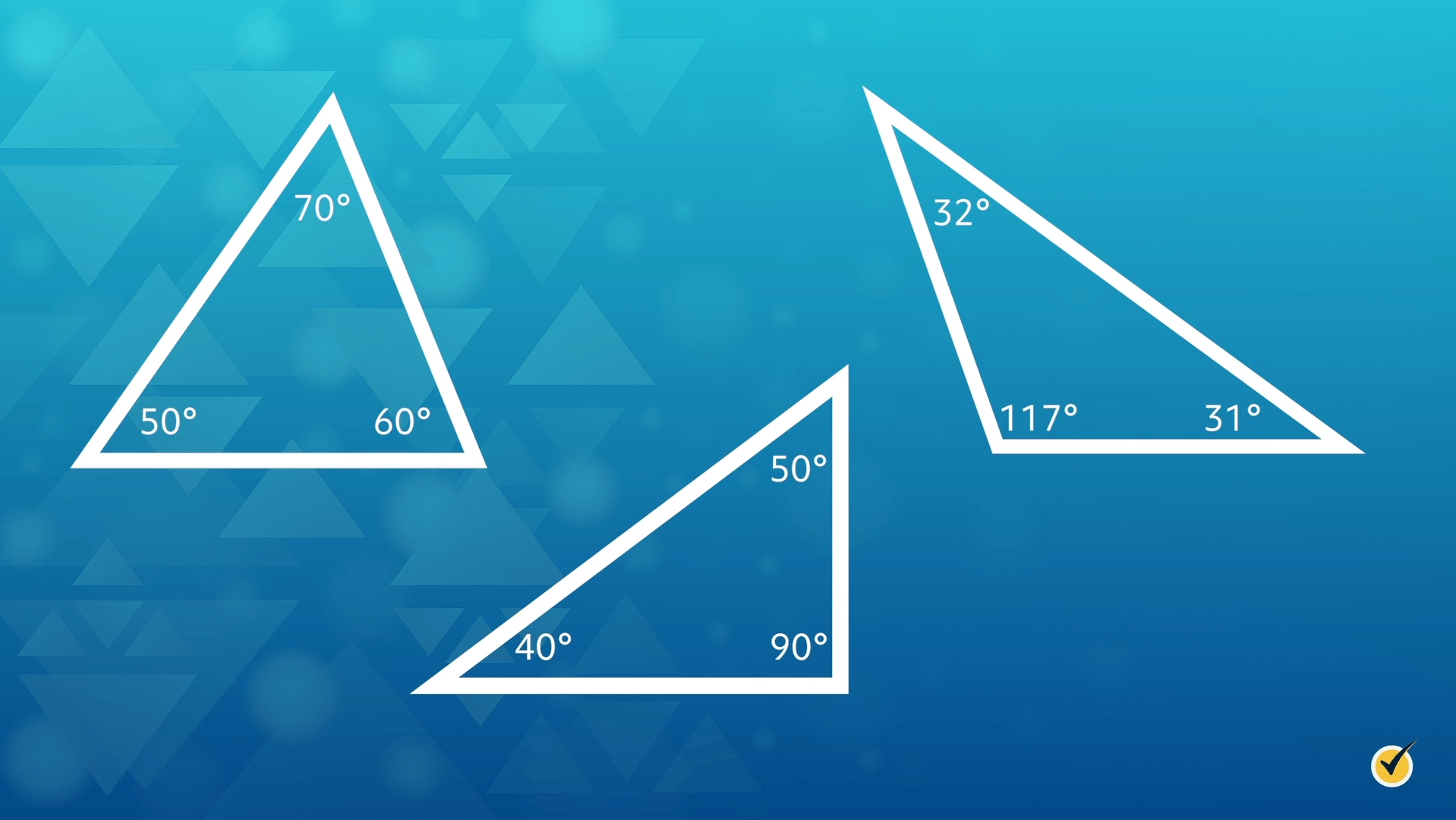 But how do you know which is which? Take a look at the largest angle of each triangle and note whether or not the angle is more than, less than, or equal to 90 degrees.

We can see that the largest angle in the triangle on the left is 70 degrees. 70 is less than 90, so this is an acute triangle. Just remember that acute angles are less than 90 degrees. This one is easy to remember, since “cute” things are often small, like puppies and kittens.

Finally, in the triangle on the right, the largest angle is 117 degrees. Because this is more than 90 degrees, this is an obtuse angle, so we call this triangle an obtuse triangle. 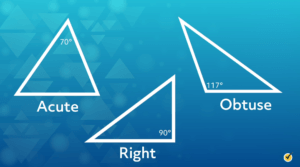 That’s all there is to it for these three types! We just find the largest angle and the name of the triangle will correspond to the name of that angle.

Our second set of triangles is categorized by how many of the sides have the same length. Here are three triangles with the lengths of the sides included: 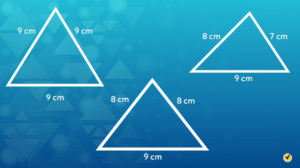 In our last triangle, none of the sides have the same length, so this is called a scalene triangle. 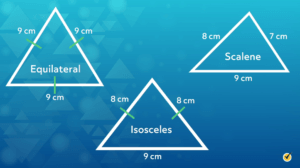 While you often see these three types of triangles identified by the lengths of their sides, they can also be categorized by their angles. It works exactly the same way: 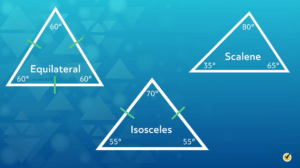 So far, we’ve covered six types of triangles, which is technically all of the types, but we’re not done yet. If we wanted to be really specific when naming our triangles, we can combine names from each group; one from the first group and one from the second group. 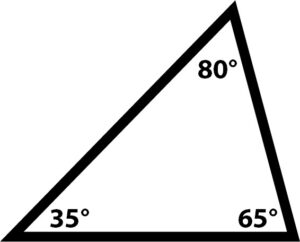 For instance, the triangle above is an acute scalene triangle. Its largest angle is less than 90 degrees, so it’s acute, and none of its angles are the same, so it is scalene.

Before we go, how about you give it a try. Identify these two triangles by choosing either acute, right, or obtuse and then choosing equilateral, isosceles, or scalene. 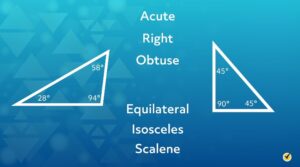 Think you got it? The triangle on the left is an obtuse scalene triangle, while the one on the right is a right isosceles triangle. 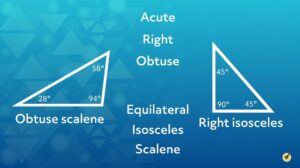 General Rules of Triangles | Area & Perimeter of a Triangle

What are the six types of triangles?

The six types of triangles are: isosceles, equilateral, scalene, obtuse, acute, and right.

An isosceles triangle is a triangle with two congruent sides and one unique side and angle.
Ex. 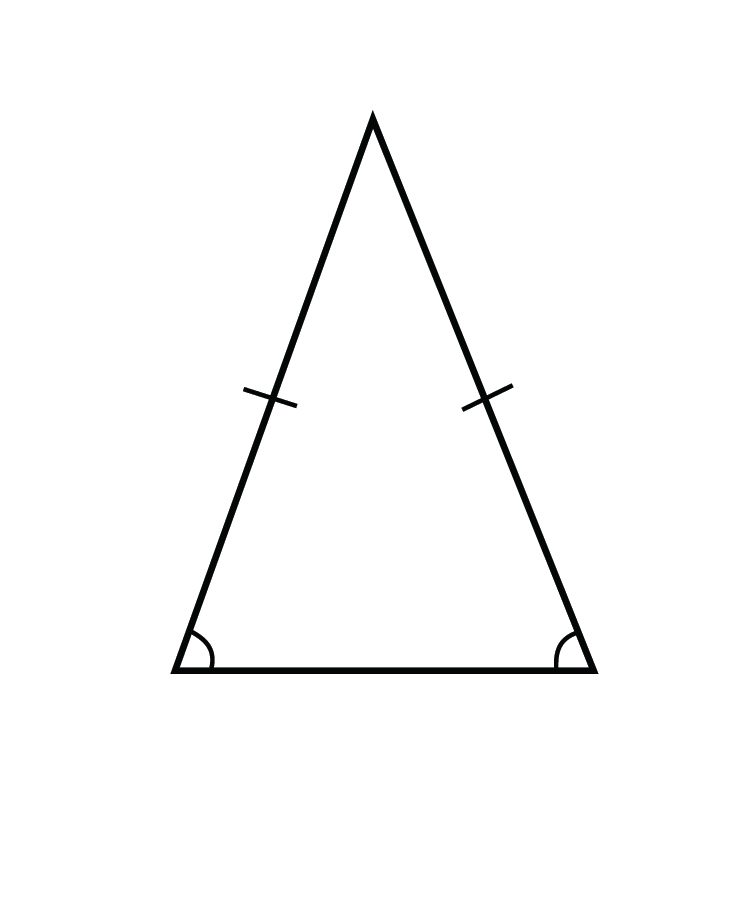 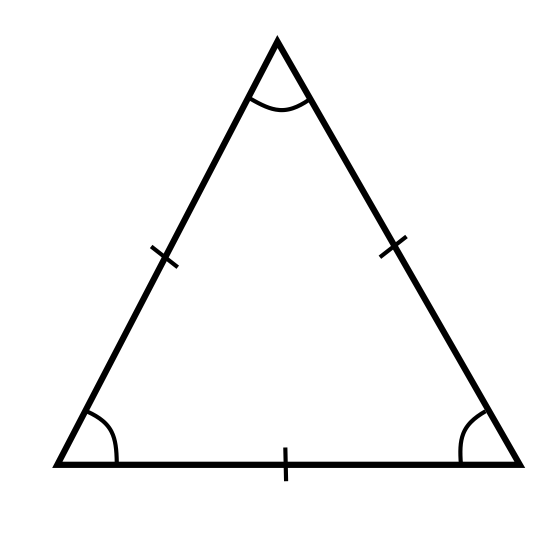 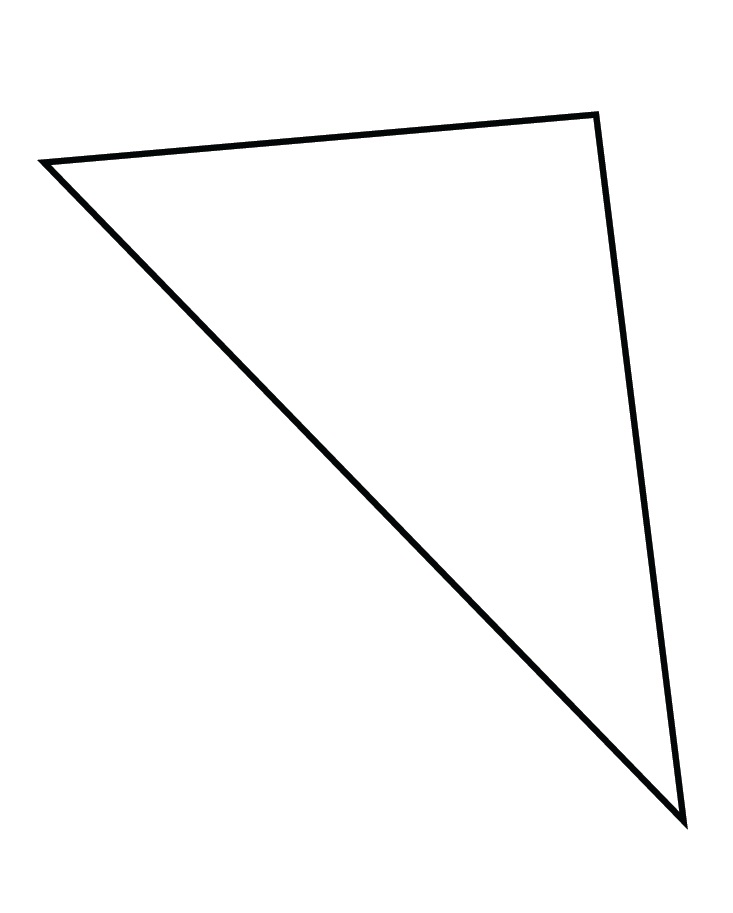 An obtuse triangle is a triangle that has an obtuse angle.
Ex.

An acute triangle is a triangle that has three acute angles.
Ex. 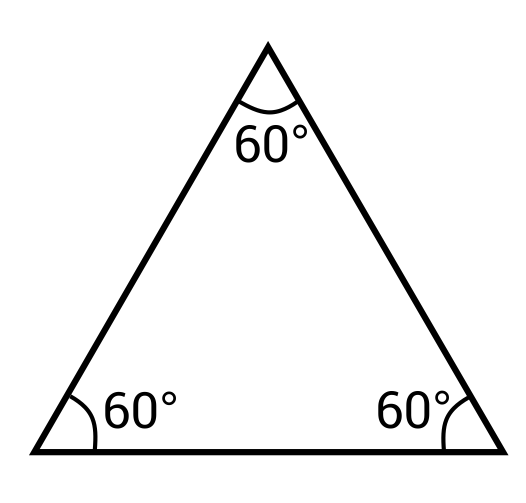 A right triangle is a triangle that has one right angle.
Ex.

What are properties of a scalene triangle?

What is scalene and right?

How many sides are equal in an isosceles triangle?

What is a true triangle?

Which angles are equal in an isosceles triangle?

What are the characteristics of an equilateral triangle? 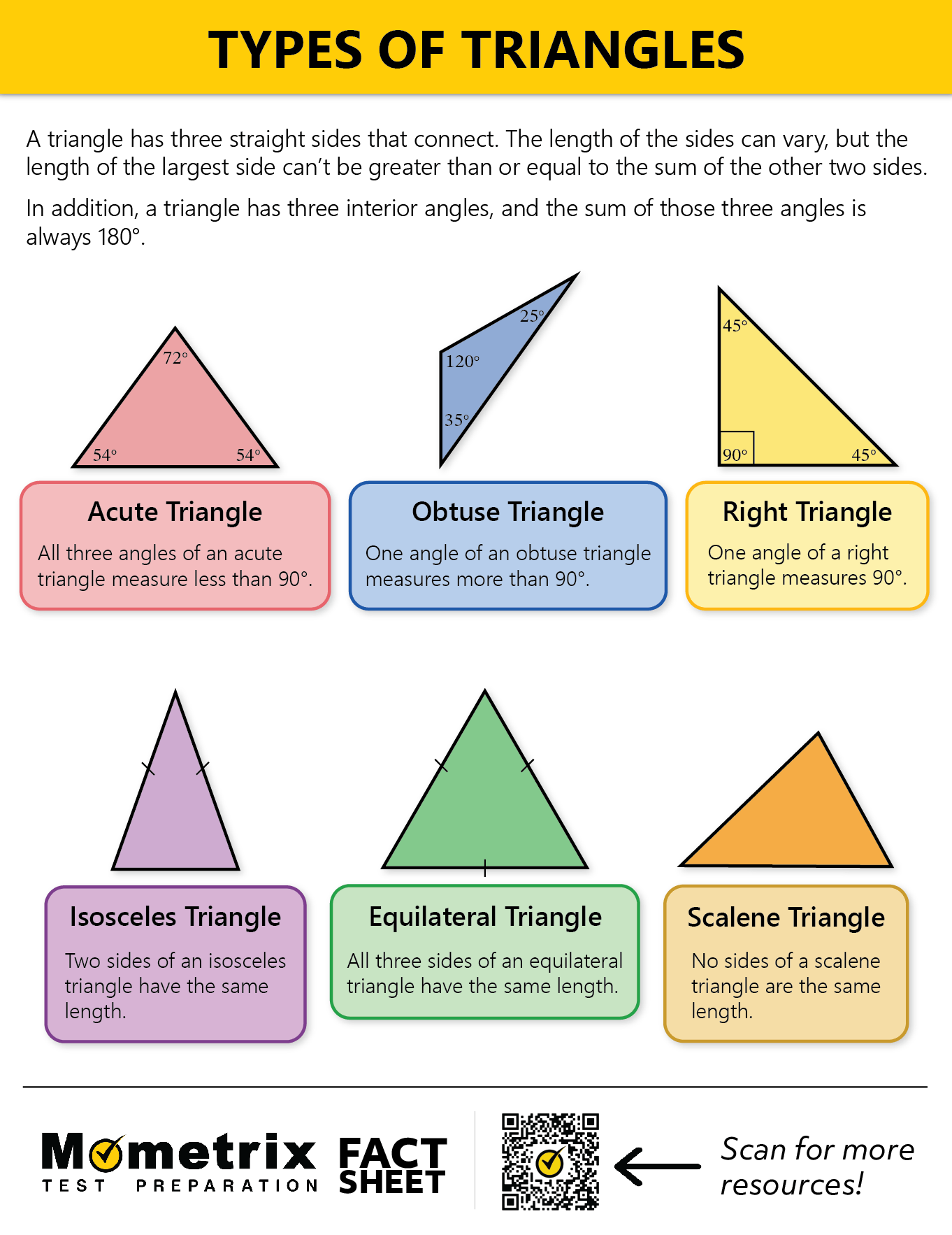 The correct answer is scalene. A scalene triangle is a triangle with no equivalent sides. 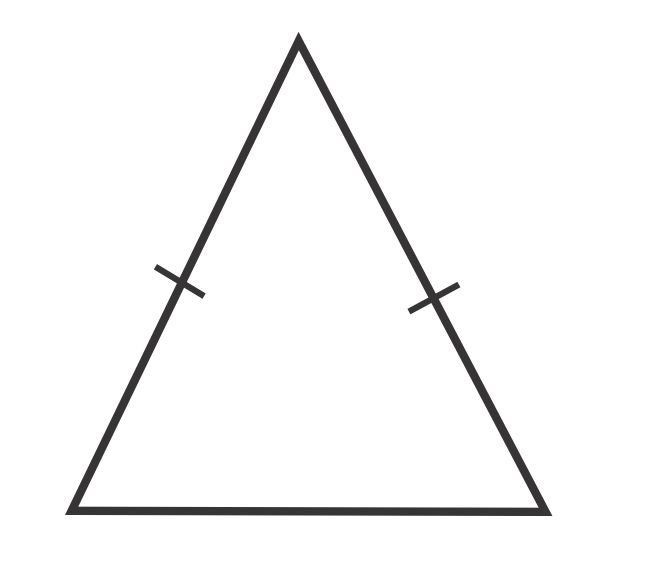 The correct answer is acute isosceles. An isosceles triangle has two congruent sides (as shown by the two tick marks) and one unique side. It is acute because the unique angle (the one on top) is less than 90°.

The correct answer is obtuse scalene. A scalene triangle is one with three unique side lengths and angle measures. It is obtuse because the largest angle is greater than 90°.