From mountains and plains to deserts and oceans, Planet Earth is full of diverse geographical features. Today, we’ll be looking at several of these features, seeing how they relate to each other and where you can find them. Let’s get started!

First, let’s look at the tallest geographical structures on the planet: mountains. A mountain is a landform that rises prominently above its surroundings, generally exhibiting steep slopes and a relatively confined summit area. It’s pretty rare for mountains to occur individually; in most cases, they are found in elongated chains or ranges. For example, the tallest mountain in the world, Mount Everest, is just one mountain in the Himalayan Mountain Range. Making up 20% of Earth’s landmass, mountains can be found on all seven continents.

At the base of some of these mountains, you’ll find a series of “piedmont,” or foothills. These are gradual increases in elevation and act as a transition between plains and mountains. Moving away from the mountains, you’ll find separate hills all on their own. Like mountains, hills are defined as being raised areas of the earth’s surface, but they are generally less steep and not nearly as high as mountains. According to a US Geological Survey, there is no official difference between hills and mountains. The United Kingdom and the United States used to define hills as summits less than 1,000 feet. However, both countries abandoned the distinction in the mid-20th century.

Another feature of elevation is the plateau. A plateau is an area of highland that is raised significantly above the surrounding area. There are two major types: dissected plateaus and volcanic plateaus. A dissected plateau forms as a result of upward movement in Earth’s crust caused by the slow collision of tectonic plates, and a volcanic plateau is formed by several small volcanic eruptions that build up slowly over time. Although plateaus stand at a higher elevation than the surrounding terrain, they differ from mountain ranges in that they are remarkably flat.

Another flat-topped elevation is the mesa. A mesa is an isolated, flat-topped ridge or hill that is bounded from all sides by steep escarpments and stands distinctly above a surrounding plain. Mesas consist of flat-lying soft sedimentary rocks capped by more durable layers of harder rock. The durable layers act as a caprock that forms the flat summit.

Lying in between some of these elevated structures are valleys. A valley is an elongated depression of Earth’s surface, commonly drained by rivers and occurring on plains or between ranges of hills and mountains. Deep valleys produced by the movement of tectonic plates are called rift valleys, while very narrow, deep valleys of similar appearance are called gorges.

Moving away from all the elevations and depressions, a plain can be described as any relatively level area of the Earth’s surface exhibiting gentle slopes and small local relief. Plains vary widely in size, with the smallest occupying around 10 acres, whereas the largest cover hundreds of thousands of square kilometers. The majority of the world’s most extensive plains were formed as a result of erosion and the deposition of soil and rocks as opposed to tectonic activity.

One of the most widely variable geographical features, known for being some of the driest places on Earth, are deserts. Deserts can generally be classified by the amount of precipitation that falls, which is less than 10 inches per year. This creates a harsh, arid climate that most plants and animals cannot survive in. Approximately one-third of the land surface of the world is arid or semi-arid, including most of the polar regions, which are sometimes called polar deserts or cold deserts.

A basin, like a valley, is a depression, or dip, in Earth’s surface. A river drainage basin is an area drained by a river and all of its tributaries. The largest river basin in the world is the Amazon Basin, which covers an area of over 6 million square kilometers and sends about around 55 million gallons of water per second to the Atlantic Ocean. 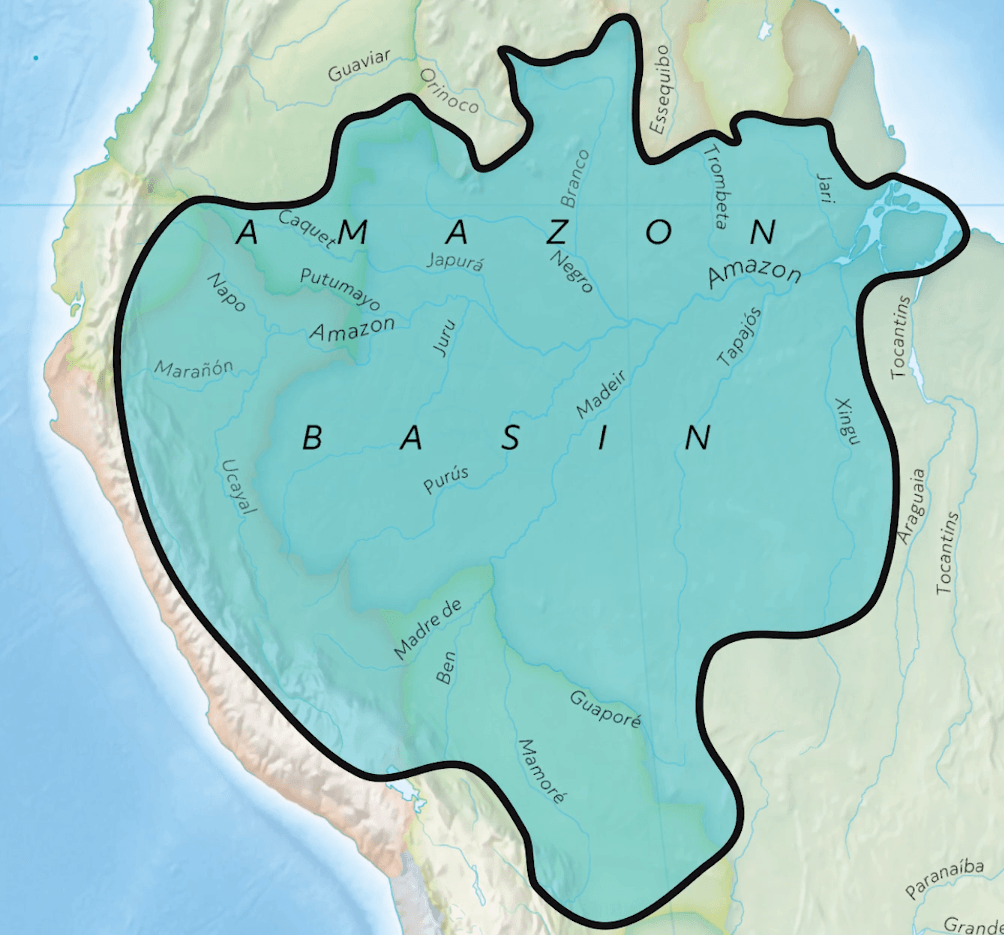 Ocean basins, created by tectonic activity, are the largest depressions on Earth, sometimes reaching depths of 5 kilometers. Edges of the continents, called continental shelves, are what form the sides of ocean basins.

The oceans themselves are defined as continuous bodies of saltwater that are contained in enormous basins. Oceans cover nearly 71 percent of the earth’s surface. There is only one “World Ocean,” but it can be divided into five smaller sections: the Pacific, Atlantic, Indian, Southern (Antarctic), and Arctic.

Seas are considered subsects of the various oceans. The word sea is also used to denote smaller, partly landlocked sections of the ocean and other large, entirely landlocked, saltwater lakes.

Moving inland, a lake describes any relatively large body of slowly moving or standing water that occupies an inland basin of considerable size. Lakes can be both fresh and saltwater, although freshwater lakes are more common.

A river is a naturally flowing stream, usually freshwater, flowing towards some other body of water, whether it be an ocean, sea, lake, or another river. Rivers act as drainage pathways for snowmelt, rainfall, and runoff.

As rivers empty their water and sediment into another body of water, wetlands known as deltas may begin to form. Other types of wetlands include swamps and marshes. The difference between these is most often defined by the vegetation that grows there. A marsh is a wetland that does not contain any “woody” plants, while swamps generally have woody plants and trees. 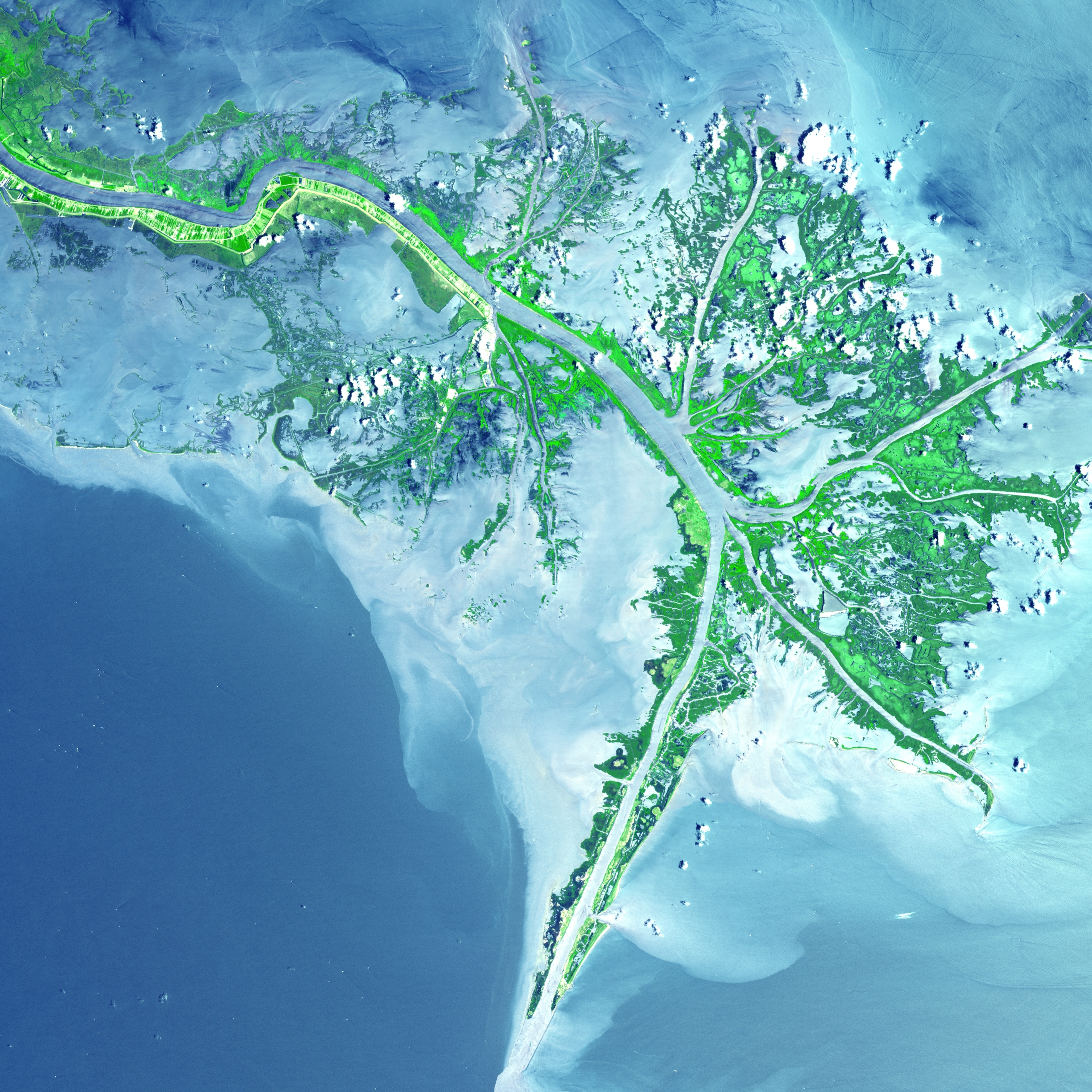 The last geographical feature we’ll look at is actually a man-made one: the canal. Simply put, a canal is a man-made connection between two bodies of water for the purposes of irrigation or boat access. One such example is the Panama Canal, which connects the Atlantic and Pacific Oceans between North and South America.

As you can see, there are many different features that make up the vast landscape of our planet. I hope this review was helpful! Thanks for watching, and happy studying!