Separating fact from opinion can be a difficult task. In this video, we will discuss the distinction between fact and opinion and offer some helpful tips for distinguishing between the two.

A fact is a statement that can be proven to be true by the use of evidence. Factual statements are true in all cases and for all people; in other words, facts are universal.

Each of these statements is true. Furthermore, each statement is verifiable and not debatable, provided that definitions are agreed upon. Put simply, evidence exists that could potentially prove or disprove each claim.

Opinions, unlike facts, are neither true nor false. An opinion can express a belief, attitude, value, judgment, or feeling.

Each of these statements expresses an opinion. Note that each is debatable. In other words, one can potentially agree or disagree with (debate) a statement of opinion.

Note that the final statement—“World War II was a terrible war”—strikes many of us as factual. However, this is a statement of opinion. Yes, most people would consider World War II terrible. However, there is always the possibility that somebody out there holds a different opinion, as strange as they may seem. It is very rare for a statement with a value word like “terrible” to be factual.

Now that we know the differences between a fact and an opinion, it’s important to know how to distinguish between them when reading literature. Let’s look at some helpful strategies:

In essence, facts can be verified by evidence, and opinions are statements of belief, attitude, value, judgment, or feeling.

Before we go, let’s look at a quick review question:

Which of the following statements is factual?

This is the only option that can be backed up by evidence. 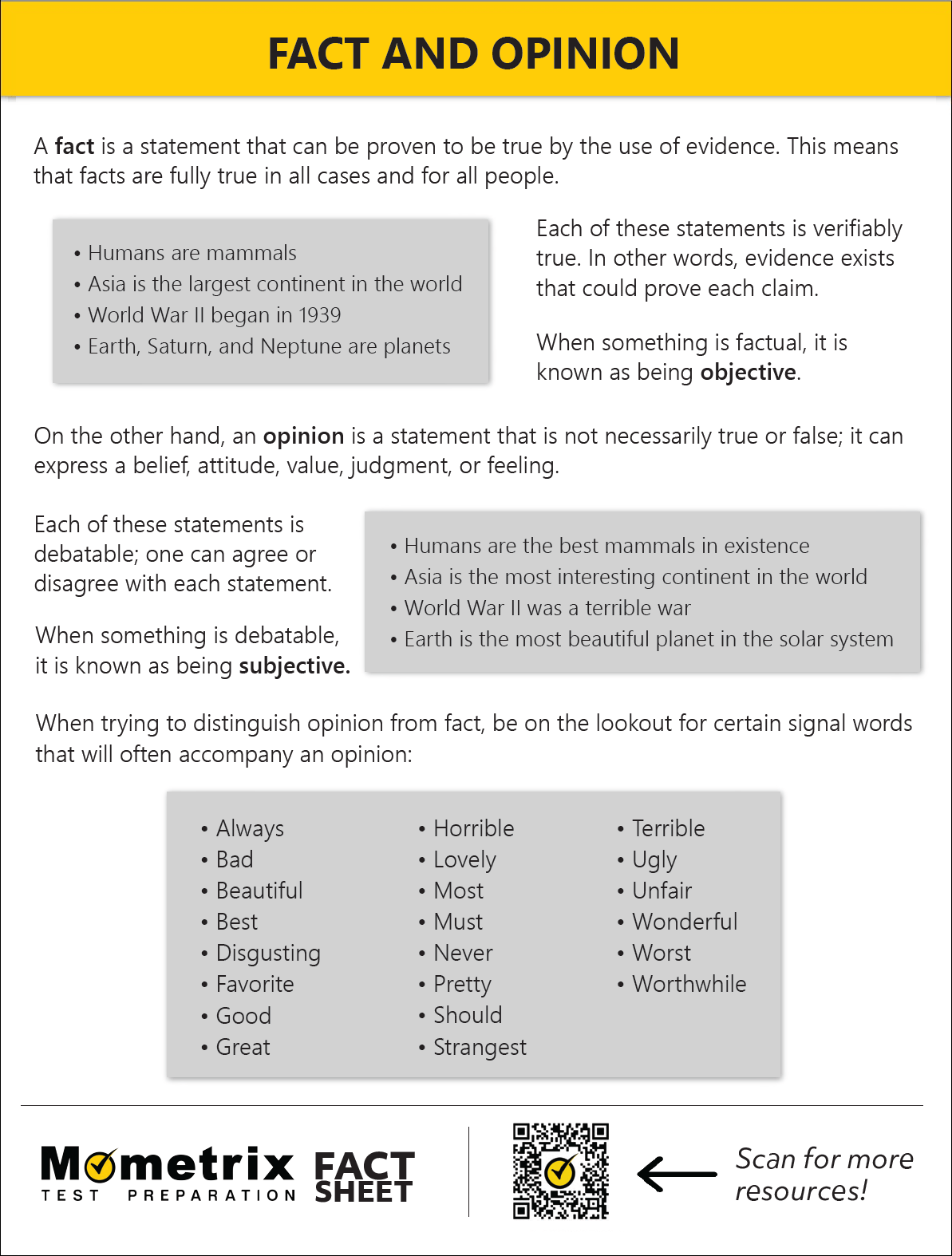