Welcome to this video about the cardiovascular system and the difference between systolic and diastolic blood pressure.

The adult heart is about 14 by 9 centimeters in size and lies in the mid chest, with about one third on the right side, and two-thirds on the left side between the second rib and fifth intercostal space. 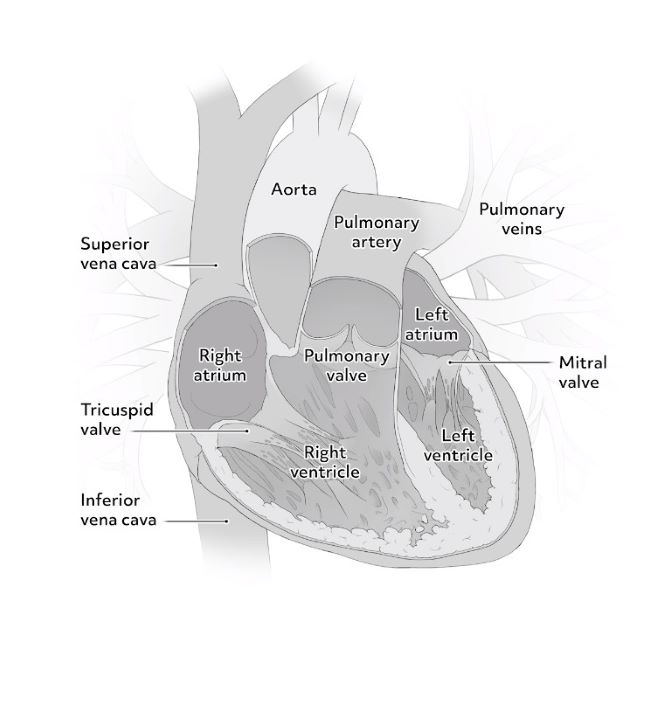 The heart is an extremely efficient pump, capable of pumping 7,000 liters of blood throughout the body every day. 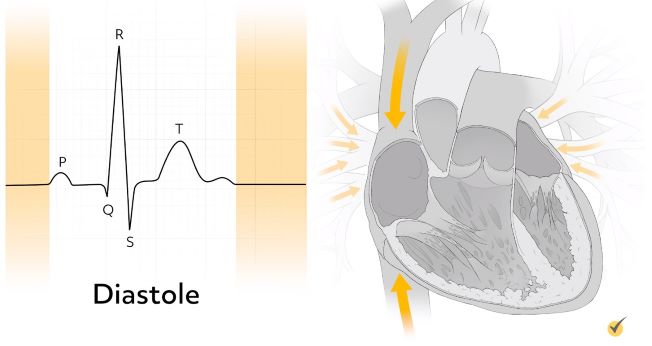 So, how does this relate to blood pressure readings?

Blood pressure is the pressure of the blood against the walls of the vessels when the ventricles are contracting and when they are at rest.

When the left ventricle contracts during ventricular systole, the blood is forced under high pressure into the aorta and branching arteries, increasing the pressure in the arteries and dilating the vessel walls, creating the pulse that we can feel or hear with a stethoscope. 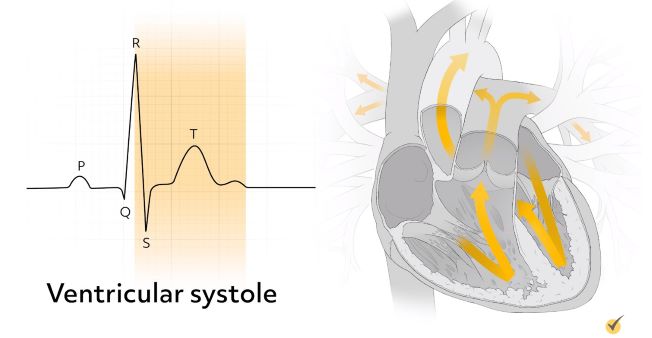 The difference between the systolic and diastolic pressures creates the force that moves the blood from the large arteries to the arterioles and to the arterial capillaries where it then joins the venous capillaries and begins to circulate back to the heart. The usual difference is about 40 millimeters of mercury (mmHg).

Anything that alters the diameter of the arteries can affect the systolic blood pressure. This can include changes in cardiac output or stroke volume, exercise, nutritional differences, disease, and drugs.

Stress, for example, can bring about vasoconstriction, so that when the ventricles contract, the diameter of the arteries is smaller, and the pressure of the blood against the vessel walls is greater, increasing the systolic blood pressure.

Atherosclerosis (or, the buildup of fatty plaque along the walls of the arteries) can result in stiff arteries with a narrow lumen, markedly increasing the systolic pressure. In order to compensate for this increase, the diastolic pressure also usually increases so the resting state remains increasingly tense. As the blood pressure increases, the risk of heart attack or stroke also increases.

Factors that can increase diastolic blood pressure include:

According to the American College of Cardiology 2017 guidelines, blood pressure categories include:

Blood pressure, of course, varies with age and should always be monitored along with the heart rate and respirations, as changes in one of these factors will affect the others. Usually only the systolic blood pressure is monitored in neonates, toddlers, and preschoolers.

In neonates, the systolic blood pressure ranges from 70 to 90 mmHg, but by school age (between and 12), the blood pressure is near that of adults, ranging from 80 to 120 systolic and 60 to 80 diastolic, depending on age and size.

That’s all for now – thanks for watching and happy studying!