Hi, and welcome to this video on the Massachusetts Bay Colony! In this video, we will provide an overview of the colony from its inception in 1629 through to the revocation of its charter in 1691. We’ll examine how the colony functioned on a day-to-day basis and its contentious relationship with the English crown. Let’s get started!

The Founding of Jamestown

Let’s start by taking a quick look at early English colonization to see how this colony came to be. English colonization of North America began toward the end of the 16th century without much success. Two attempts were made to establish permanent colonies at Roanoke; the first was evacuated after less than a year while the second disappeared without a trace in 1587. The first permanent settlement, Jamestown, was founded two decades later in Virginia. The settlers who established Jamestown suffered heavy losses during the first winter, but the colony survived and others were established over the course of the 17th century.

Why was the Massachusetts Bay Colony Founded? 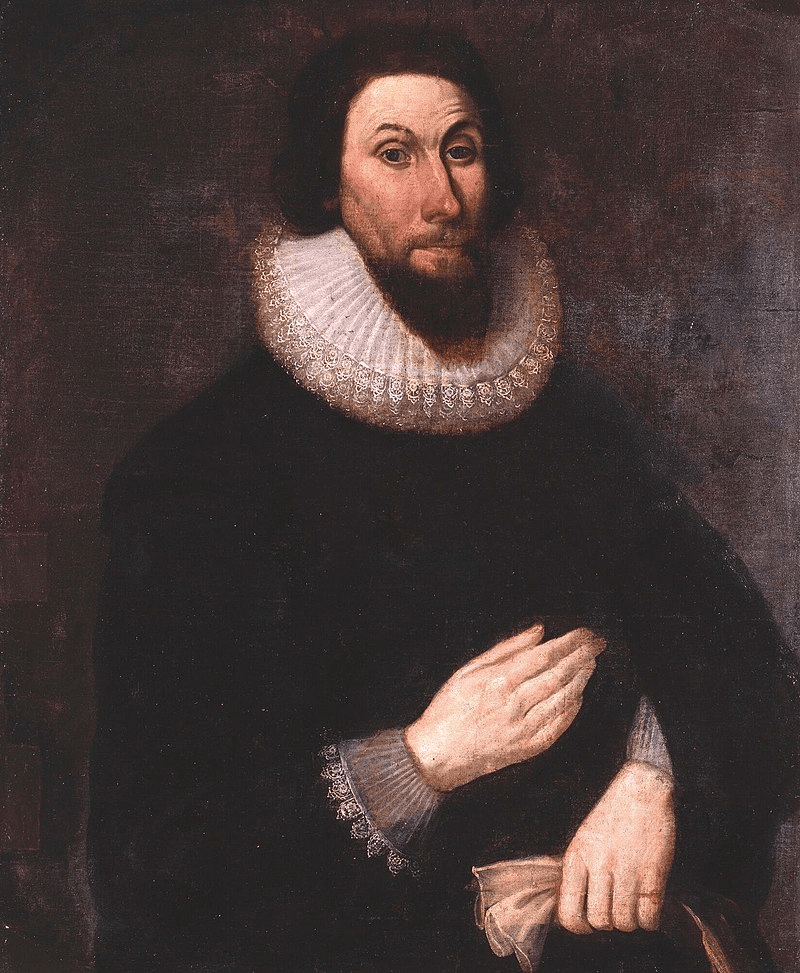 The company was composed of Puritans who wanted to pursue religious freedom in the New World. The first governor of this group of Puritans was John Winthrop who proclaimed the new colony would be “as a city upon a hill.” Contrary to popular belief about this statement, however, Winthrop was not saying that the colony was destined for greatness and all other nations must look to it as an example. Rather, he meant it as a precaution—other nations would be observing the new colony, and if they failed, they would do so on the world’s stage:

“For we must consider that we shall be as a city upon a hill. The eyes of all people are upon us. So that if we shall deal falsely with our God in this work we have undertaken, and so cause Him to withdraw His present help from us, we shall be made a story and a by-word through the world.”

The Founding of Boston

In fact, the name Massachusetts derives from a Native American term “at the great hill.” The city upon the great hill was Boston, which was founded on September 7th, 1630. Salem and Charlestown were some of the other more notable settlements of the time.

As you can imagine, the original Boston settlement bore little resemblance to the city which stands upon the same site today. A few log cabins were constructed, but shelters were often far more rudimentary. Some colonists had to make do with little more than a hole in the ground covered with timber. Others copied designs of the wigwams used by the natives, adding a few touches from home like covering the floors with straw or rushes. Though better prepared than previous colonies and supported with the frequent arrival of supply ships, the initial days of the Massachusetts Bay Colony were as arduous as the colonies founded in Virginia and Maryland. Many perished during the first winter, but by the following summer the colony had a population of about 2,000.

The colonists had considerable resources and a stout determination to establish a permanent colony free of outside influence. From the outset, the colony was technically independent in all but name; the New World was of little real importance to a succession of English monarchs concerned with more pressing matters at home.

Government in the Massachusetts Bay Colony

In October of 1630, eight senior Puritans declared themselves magistrates and established the General Court. A ruling council, The governor’s court of assistants, acted as executive, legislative, and judiciary branches at once. There were no elections; the magistrates ran the colony based upon its needs, and when in doubt, deferred to biblical interpretations of the law. As a Puritan colony, there was no religious freedom and little tolerance for non-Puritans.

Religious concerns dominated all aspects of life, with punishments set in place for those who fell short of the colony’s legal code. The Body of Liberties was written in 1641 and listed approximately 100 criminal and civil laws. Though repressive by modern standards, the system of laws adopted by the Massachusetts Bay Colony was quite lenient for the time and more advanced than English law. Some of those laws are still in force today while others formed the basis for future laws that followed.

The most serious cases were overseen by the Court of Assistants, while minor disputes were handled by county courts. A handful of executions were carried out, but most punishments took the form of fines, flogging, and public humiliation. Those caught playing cards or dice for money could expect a fine of five shillings, later drastically increased to five pounds in 1660. Similar fines were levied against those who danced in taverns or worked on the sabbath. Others were brought before the courts for swearing, living apart from one’s spouse or spending too much time with someone else’s, or even observing Christmas day.

Labor in the Massachusetts Bay Colony

Life was harsh and often short. Medical care was of poor quality. Some Puritan ministers had received some medical education but most colonial doctors had next to no real credentials. In most cases, it was safer to let nature take its course than to let an unqualified physician do his work. As one source put it: ‘He that sinneth before his Maker let him fall into the hands of the physician.’

There was a constant shortage of workers in the colonies. Clearing land for cultivation was extremely demanding, labor-intensive work. Those who paid their own way across the Atlantic were granted a plot of land. Of course, few could actually afford to pay their way across, so agreed to a period of indentured servitude, usually around 7 years.

Not all indentured servants entered into temporary bondage willingly. It was not unknown for a man to wake up from a night’s drinking aboard a ship bound for the New World. If a person disappeared, it was often suspected that they’d been spirited away to the colonies. Conditions for indentured servants were poor and a great many died well before their period of service expired.

After a war with the colonists from 1636-1638, members of the Pequot tribe were enslaved by the colonies of New England. They resisted enslavement so were exchanged for African slaves from the West Indies later that year. The 1641 Body of Liberties legalized slavery in Massachusetts under the following justification:

“There shall never be any bond slavery, villainage, or captivity amongst us unless it be lawful Captives taken in just wars, and such strangers as willingly sell themselves or are sold to us. And these shall have all the liberties and Christian usages which the law of God established in Israel concerning such persons doeth morally require.”

The code also said that “If any man stealeth a man or mankinde, he shall surely be put to death.”

A defensive pact was formed with other New England colonies to offer protection against native tribes and to ensure the return of any escaped slaves or indentured servants.

Meanwhile, the Stuart monarchy was struggling in the fight against Oliver Cromwell in the Second English Civil War. The Stuarts were eventually deposed after succumbing to Cromwell’s forces in 1651. Strong dissatisfaction with the lack of a king led to the monarchy being restored in 1660.

Following this restoration, Charles II busied himself with restoring his kingdom. A Dutch settlement in Manhattan was taken by England in 1667, and was renamed for Charles II’s brother James, the Duke of York. Charles sent a delegation to the colonies to assert his authority, but the Massachusetts Bay Colony was not willing to surrender independence after nearly three decades of self-rule. Rather than sending envoys to England to answer to the king, the colony sent a splendid gift of 25 tall white pine logs.

Because there was a shortage of trees tall enough to construct masts in England, Charles let the matter slide. Believing the threats did not carry any force, the colony ignored the authority of the king and avoided paying commercial taxes. In fact, the avoidance of royal taxes reduced the crown’s income by around 100,000 pounds a year, an enormous sum at the time.

Matters with the crown grew more strained, and in 1684, the charter that established the Massachusetts Bay Colony was declared null and void. The Dominion of New England was proclaimed in 1686 and Sir Edmund Andros was sent to govern in the king’s name. This dominion would soon come to an end as trouble was once again brewing in England. In 1688, William of Orange overthrew King James II in the Glorious Revolution, which dissolved the Dominion of New England.

Once the dust settled in the revolution, the colony was disappointed to learn that hopes of returning to self-rule would not be realized. A new royal charter was issued in 1691 which granted the colonists the same rights and liberties as other British subjects. The governor was now compelled to swear loyalty to the King, not Massachusetts as had been the case before. The Massachusetts Bay Colony was merged with other settlements in the area, including Plymouth, and entered a new era as the Province of Massachusetts Bay.

Ok, before we go let’s go over a couple of review questions:

1. Who founded the Massachusetts Bay Colony?

The Massachusetts Bay Company was a group of Puritans led by John Winthrop. The company founded the colony in 1628.

2. How did the colony come to an end?