Amateur radio, more commonly known as “ham radio”, is once again growing in popularity after experiencing years of declining interest in the United States. Today, there are over 700,000 people who hold an amateur radio license. (People who have a license are known as “hams.”) That’s an all-time high, and the upward trend is expected to continue.

There are two main reasons for this renewed interest in ham radio. The first one is the decision by the Federal Communications Commission in 2007 to stop requiring ham operators to know how to send and interpret Morse code. For decades, a person had to pass a Morse code test in order to receive a license. This took a lot of study and practice, and many people who would’ve been interested in receiving a license otherwise lost interest when they discovered that they had to learn Morse code. When the requirement was dropped, a lot more people began applying for a ham radio license.

The other factor, of course, is technology. These days, a person can do far more with an amateur radio license than people could in the past, thanks to the technological breakthroughs of the past couple of decades. Hams can now take advantage of satellites in space, new hardware, and the internet to communicate. Handheld radios are now common, and some hams even send pictures and videos using their technology. Some hams have even bounced their signals off the moon.

Get Your Study Guide 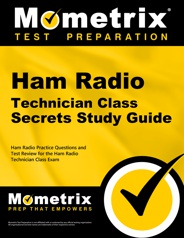 Some people predicted a few decades ago that ham radio would be dying off by now, and in a few years would become essentially obsolete. The thought was that with the advent of the internet, ham radio would be seen as unnecessary and archaic, and would suffer the same fate that the horse and buggy did when cars came along. But the opposite has happened, and there are more hams than ever in America. And while ham radio is a fun hobby for most of the ham license holders, it’s also a critical means of communication during natural disasters and other emergencies, even when the internet is down. Ham operators have played vital roles in virtually every emergency, including Hurricane Katrina and the 9/11 terrorist attacks, and will continue to do so for a long time to come.

In order to become a ham radio operator, a person must first be licensed by the FCC. To get licensed, you’ll need to pass an official exam to demonstrate your knowledge and abilities when it comes to amateur radio. There are three difference classes of ham radio licenses – Technician, General, and Amateur Extra.  As mentioned above, no knowledge of Morse code is necessary to qualify for any of the three classes.

Get complex subjects broken down into easily understandable concepts 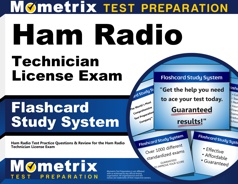 Mometrix Academy is a completely free resource provided by Mometrix Test Preparation. If you find benefit from our efforts here, check out our premium quality Ham Radio Technician Class study guide to take your studying to the next level. Just click the Ham Radio Technician Class study guide link below. Your purchase also helps us make even more great, free content for test-takers.