Evaluating Expressions with Exponents and Roots

In this video, I’m going to talk about exponents and roots. An exponent is a number that tells you how many times to multiply the base number by itself. For instance, if we have 2 raised to the second power, \(2^2\), what this is telling us is that we need to multiply 2 times 2.

Now, if we had 2 raised to the third power,\(2^3\), this would be the same as 2 times 2 times 2. The exponent is saying how many times to multiply this number by itself. A root is kind of the opposite of this. Let’s take, for instance, 16.

The radical symbol tells us that we’re taking a root.

If there is no number in the index spot, the number is assumed to be 2. Without any numbers there, the radical sign designates a square root, or a root to the power of 2. The square root of 16 is a number that has to be multiplied by itself twice in order to equal 16.

Roots and exponents are kind of inverse operations, but you can actually express roots as exponent.

You can also have other fractions or other powers of roots. For instance, you might take 8 to the \(\frac{1}{3}\), or third root of 8. This would be a number that you have to multiply by itself three times in order to achieve this. The third power 8 raised to the third power is equal to 8.

You may notice that all of the exponents and roots we’ve looked at so far here are whole numbers or fractions of whole numbers.

You can, in fact, have roots that are, for instance, say this is 2 raised to the 2.3. You can have this sort of quantity, but it’s not going to be easy to calculate by hand, and really you’re going to use a calculator if you encounter anything that has a decimal in the exponent.

That’s a good overview of exponents and roots. 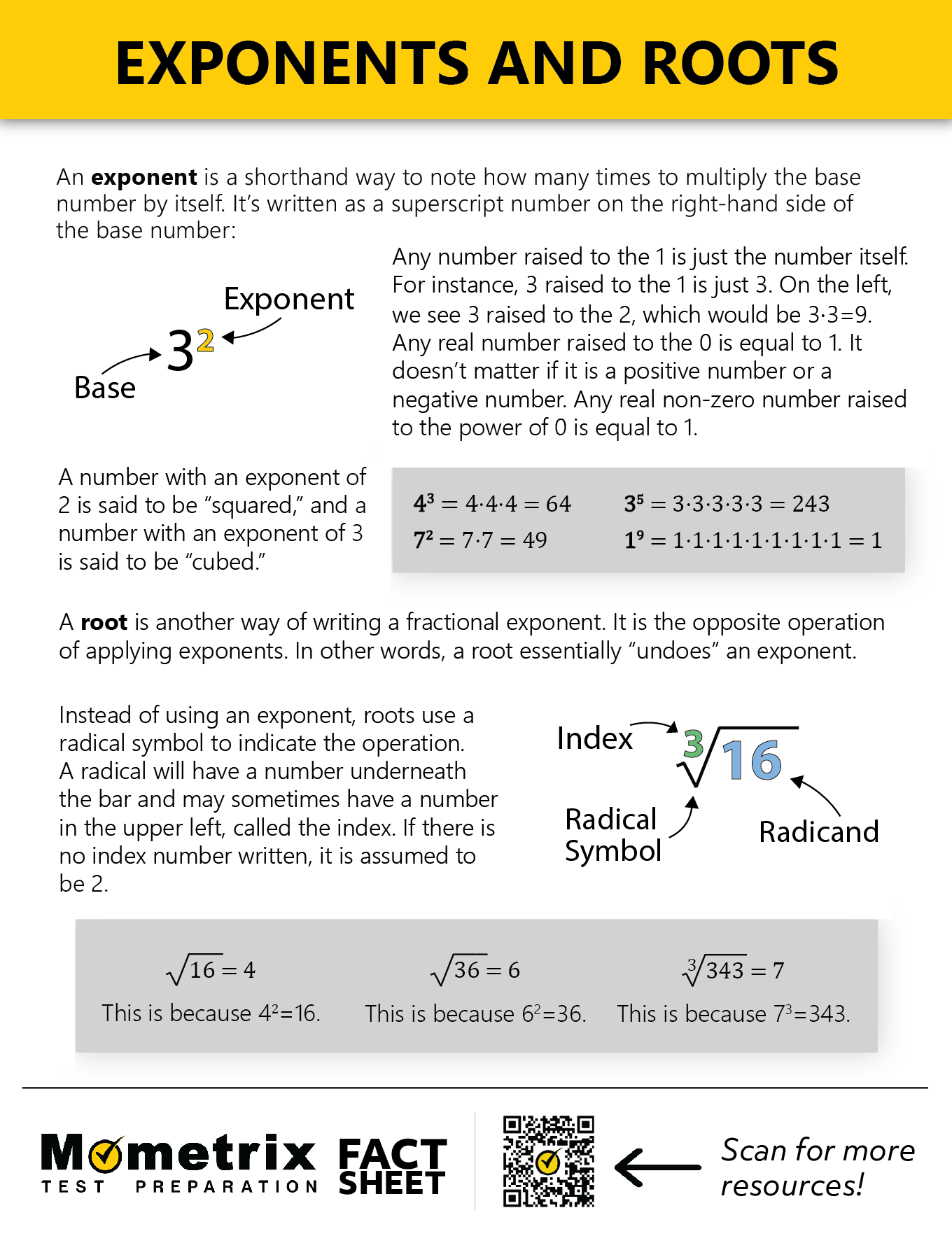