Atoms are the building blocks of the universe; they make up everything you see around you.

What is an atom?

At the very center of an atom is the nucleus, which is made up of small particles called protons and neutrons. Protons are very small, positively-charged particles, and neutrons are neutral particles that have no charge.

In general, an atom will have a specific number of neutrons in the nucleus, meaning the atom won’t lose or gain any neutrons for a very long time. This is called a stable atom. Usually, a stable atom has an equal number of neutrons and protons, but there are exceptions. To find the mass number of an element you add the number of protons and neutrons together, so protons + neutrons = mass number. This gives us names like Carbon-12 or Carbon-14, which are types of carbon atoms used in carbon dating!

Orbiting the atom’s positively charged center are particles with a negative charge called electrons. The electrons are attracted to the positive nucleus, but they can escape their orbit by an outside force.

Thank you so much for watching, and see you guys next time!

What is atomic structure?

Atomic structure refers to the structure of an atom; a positvely charged nucleus consisting of both protons and neutrons, surrounded by negatively charged electrons. 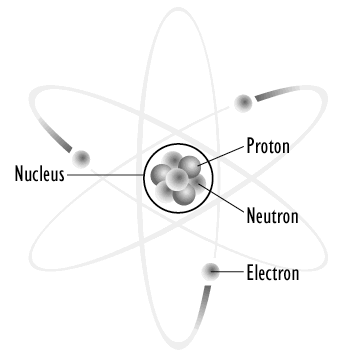 What does the nucleus do?

The nucleus is the dense center of the atom that includes the atom’s neutrons and protons.

How do you find the number of protons?

How do you find the number of neutrons?

To find the number of neutrons an atom has, simply subtract the element’s atomic number from its mass number.

How do you find the number of electrons?

The number of atoms in a neutral atom is equal to the number of protons the atom contains.

What makes a stable atom?

An atom is considered stable if the outermost shell is filled with electrons.

Use our free printable atomic structure worksheets with your students for additional practice. 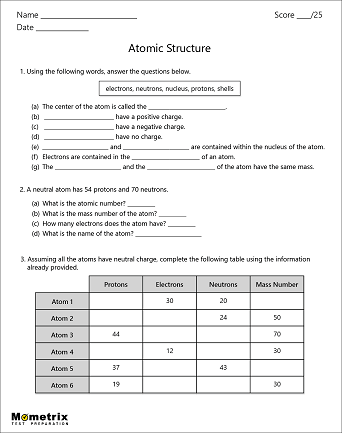 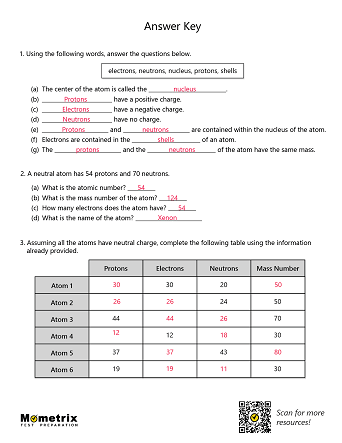