Hello! Today we’re going to explore what can happen when a circle and a line or two lines meet. Let’s start by defining the vocabulary we’ll need. A line cutting across a circle that touches two points on the outside of the circle is a secant to the circle. 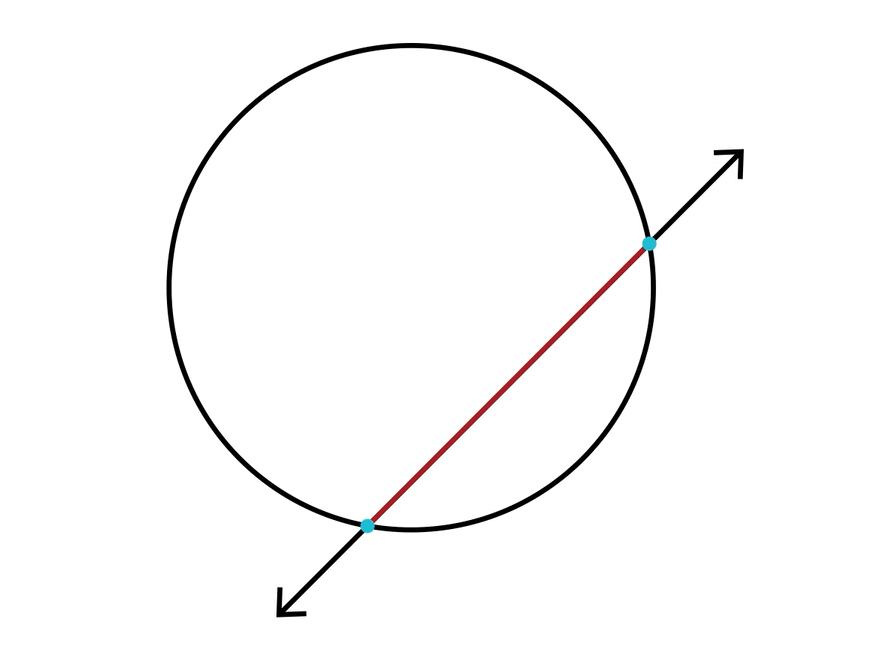 Here is an example of that. We can see that the line intersects the outside of the circle at two points and creates a line segment between those points, which is highlighted in red. That line segment is called a chord.

We can also have more than one secant to the circle interacting with each other, like this: 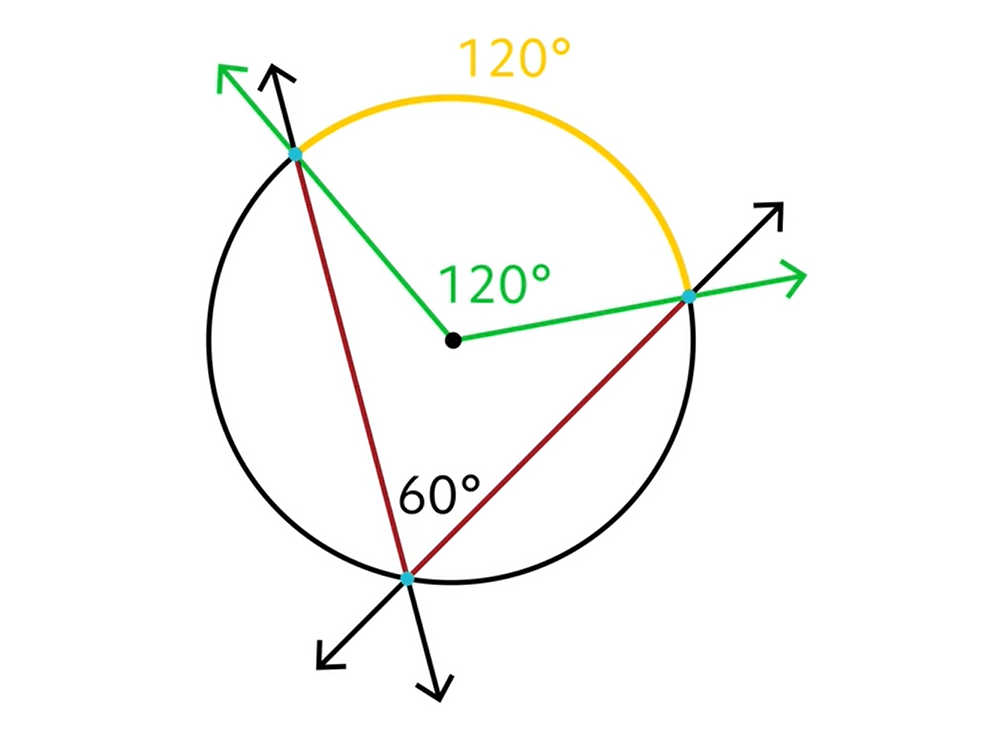 But what if our two secant lines meet at a vertex that is inside or outside the circle instead of directly on it? 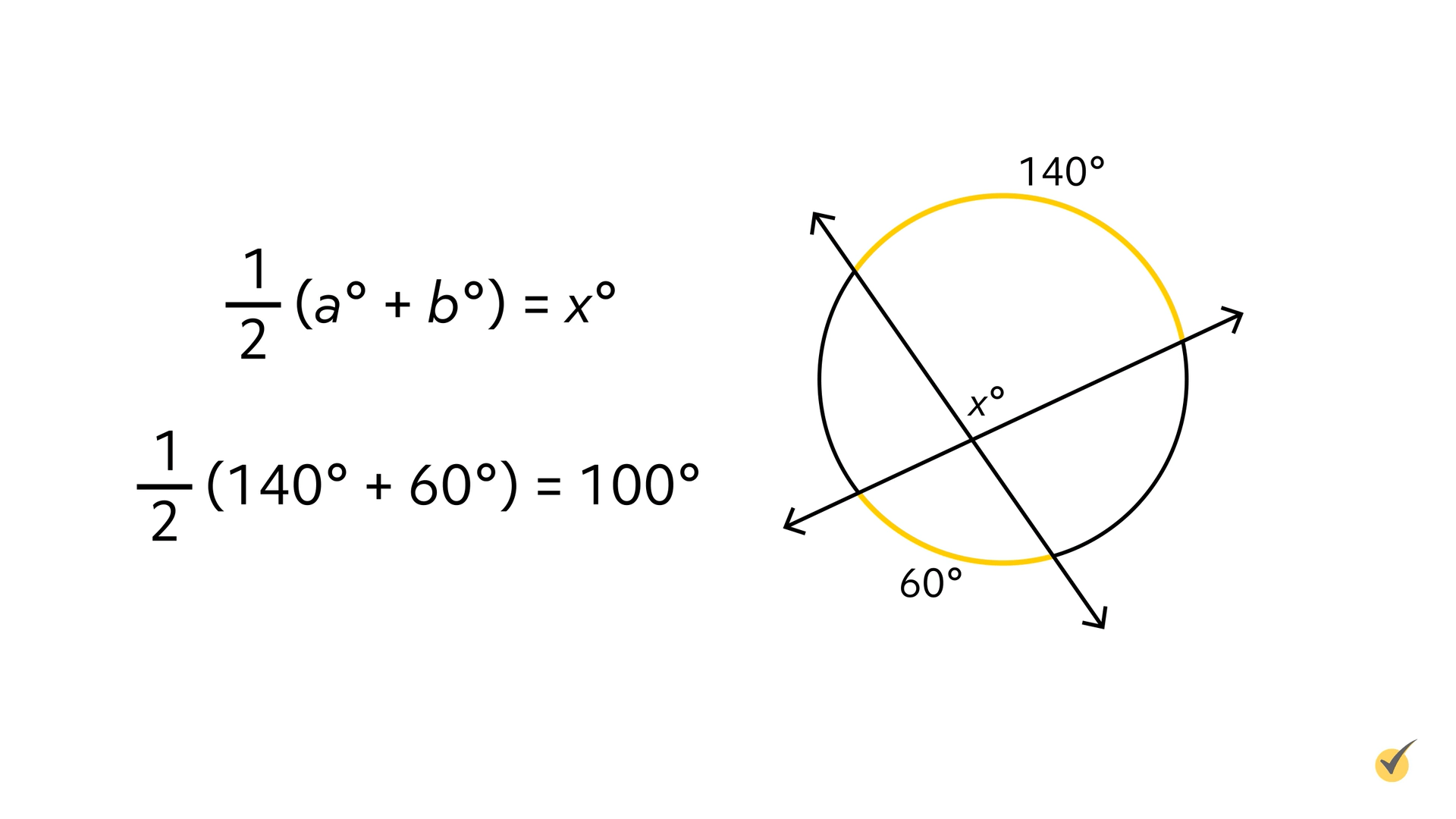 If our inscribed angle ends up outside the circle, it works similarly, but we need to use subtraction instead of addition before multiplying by \(\frac{1}{2}\). 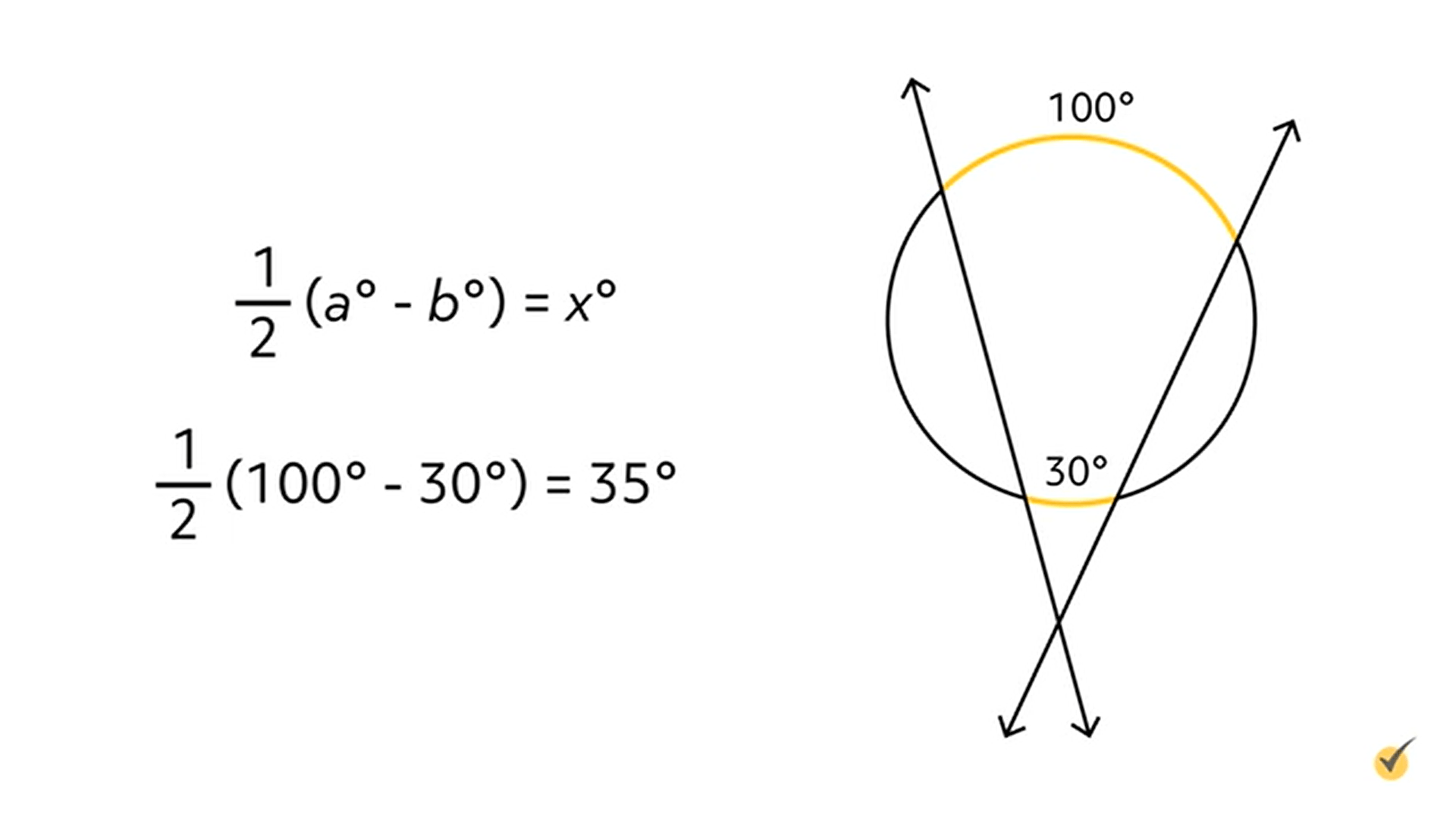 Our secants create two intercepted arcs between them. Here they’re again shown as \(a^{\circ}\) and \(b^{\circ}\).

We can do a little common sense check to make sure we’re using the right version of this formula. If we accidentally used the addition formula, we would end up with an angle measuring 65°, which appears to be way too big for our little angle. Be careful, though. Problems on the standardized tests are sometimes not drawn to scale – watch for a warning to that effect on any problem you do.

Tangent Lines
When a line and circle interact, sometimes secants aren’t created. If a line passes by a circle and only touches it in one point, it creates what we call a line that is a tangent to the circle. The point where the line and the circle touch is called the point of tangency.

We see the word tangential outside of math sometimes too, describing a topic that is only slightly related to the topic being discussed. Here it means the line that is touching the circle in the slightest way possible – only at one point.

Anyway, looking closely at our diagram, we can see a radius of the circle meeting our tangential line at a 90° angle. For our line to be truly tangent, this must be true. If our line isn’t exactly perpendicular to the radius at the point of tangency it will actually touch the circle twice, though possibly very close together. This would actually create a secant instead of a tangent line. We can see that by zooming in on a circle that shows the angles that are just a few degrees away from 90°:

I hope this video on secants, chords, and tangents was helpful! Thanks for watching, and happy studying!

Match the correct name to each line. 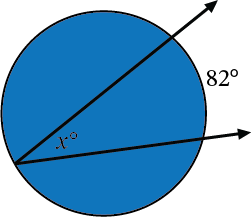 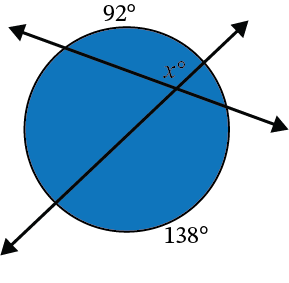 A flashlight is shining out into the forest at \(x°\). The corresponding intercepted arcs formed by the shining light are \(21°\) and \(162°\). What is the angle of light being projected from the flashlight? 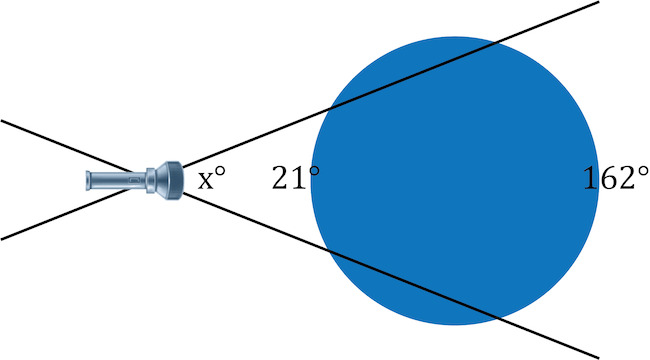 You are welding circular earrings to sell at your local farmers market. Each earring is circular with two bars through the circle. You want each earring to look the same, so you want to calculate the exact angle measure of the interior angle. The measure of the two arcs intercepted by the bars are \(72°\) and \(70°\), respectively. What is the measure of angle \(x\)? 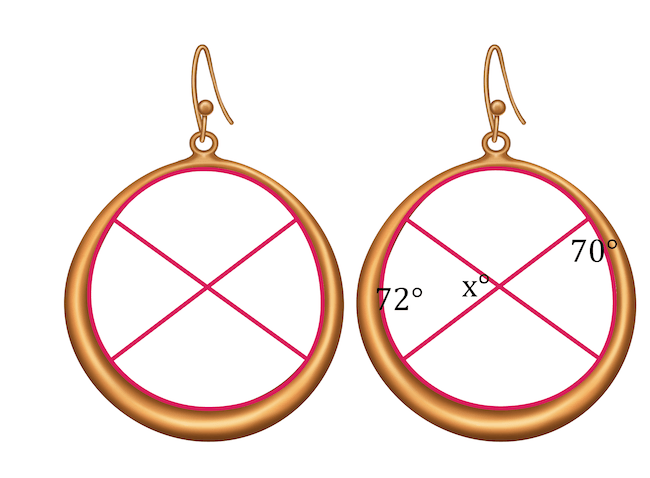