Hi, and welcome to this video on mitosis!

The cell cycle is continuous and occurs so that cells can grow, regenerate, or repair themselves. Mitosis is one of the specific stages of the cell cycle where cells prepare to divide. In order to do this successfully, cells must evenly split their genetic material, or DNA, between each cell. Mitosis only occurs in somatic cells, meaning all the cells in your body except for sex cells. It’s important to remember that before cells undergo mitosis, they replicate their genetic material so that each daughter cell has the same genetic material as the parent cell.

Let’s take a second to talk about chromosomes. Chromosomes are condensed strands of DNA. They are divided into two sister chromatids held together by their centromere. However, as we’ll see next, DNA is only organized like this for certain parts of the mitotic process.

So to make this simpler, we divide mitosis into four phases that happen in the following order: prophase, metaphase, anaphase, and telophase or PMAT if that helps you remember. Let’s look at this a little closer:

We start with a somatic cell since that’s the kind of cell that will undergo mitosis. Our cell is a human diploid cell which means it has two sets of chromosomes, one set of 23 from our mother and one set of 23 from our father. This is true for all somatic cells in our body. Sometimes you’ll see the shorthand for diploid as “2n.” In order to maintain the number of chromosomes in our cells, the cell replicates its DNA before mitosis. So let’s remember this as we look at the rest of the phases.

During prophase, the cell’s nuclear membrane dissolves and the chromosomes start to condense. Microtubules extending from centrioles on both sides of the cell also begin to form. Together they form a spindle apparatus called the centrosome that will eventually help move the chromosomes into place. 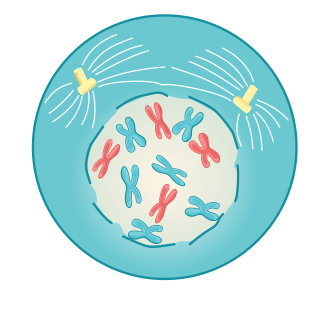 Next, the cell will move into metaphase where the microtubules attach to the centromeres of chromosomes causing the chromosomes to line up along the equator of the cell. 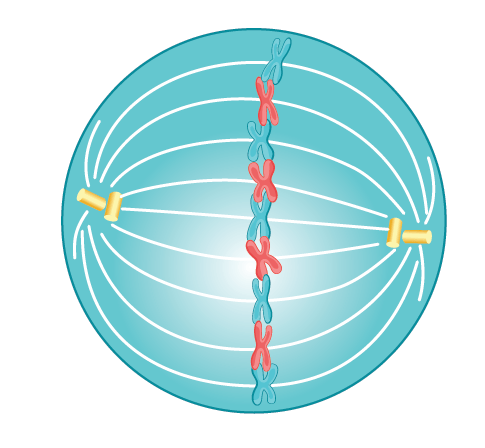 Now the cell is ready to enter anaphase. During this phase, chromosomes get pulled apart into their sister chromatids and move to opposite ends of the cell. The plasma membrane also starts to indent to prepare for the actual division of the cell. As a side note, we can now refer to these individual sister chromatids as independent chromosomes. Don’t worry about this too much, but just be aware of the terminology here. 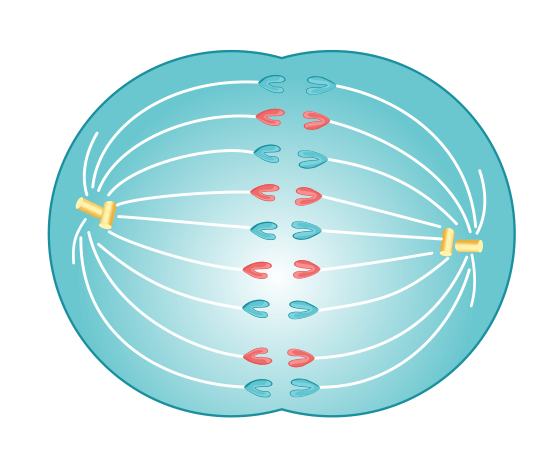 Lastly, there’s telophase. The chromosomes relax, the spindle apparatus disassembles, and the nuclear membrane reforms in each end of the cell. Lastly, the plasma membrane of the cell develops an even deeper furrow that will end up dividing the cell down the middle. The process where the cell actually divides itself in two is called cytokinesis, but this process stands by itself–mitosis formally finishes up with telophase. 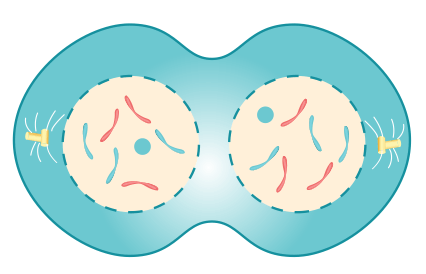 Before we go, let’s look at a review question:

During what phase of mitosis do the chromosomes line up along the equator of the cell?

The answer is C, metaphase.

All the microtubules attach to the centromeres of the chromosomes and pull them to the center of the cell so that we get an equal number of chromosomes when the cell undergoes cytokinesis.

Mitosis is the division of a body cell into two daughter cells. The typical result of mitosis in humans is two diploid cells. A diploid cell contains both sets of homologous chromosomes, therefore each of the two produced cells has the same set of chromosomes as the parent.

What is the purpose of mitosis?

The purpose of mitosis is to produce two new daughters cells that are genetically identical. The process of mitosis is used to replace dying or damaged cells, allow an organism to grow/develop, and for asexual reproduction.

How many daughter cells are produced in mitosis?

Two diploid daughter cells are produced from the process of mitosis. A diploid cell contains both sets of homologous chromosomes, therefore each of the two produced cells has the same set of chromosomes as the parent.

Where does mitosis occur?

What are the phases of mitosis? 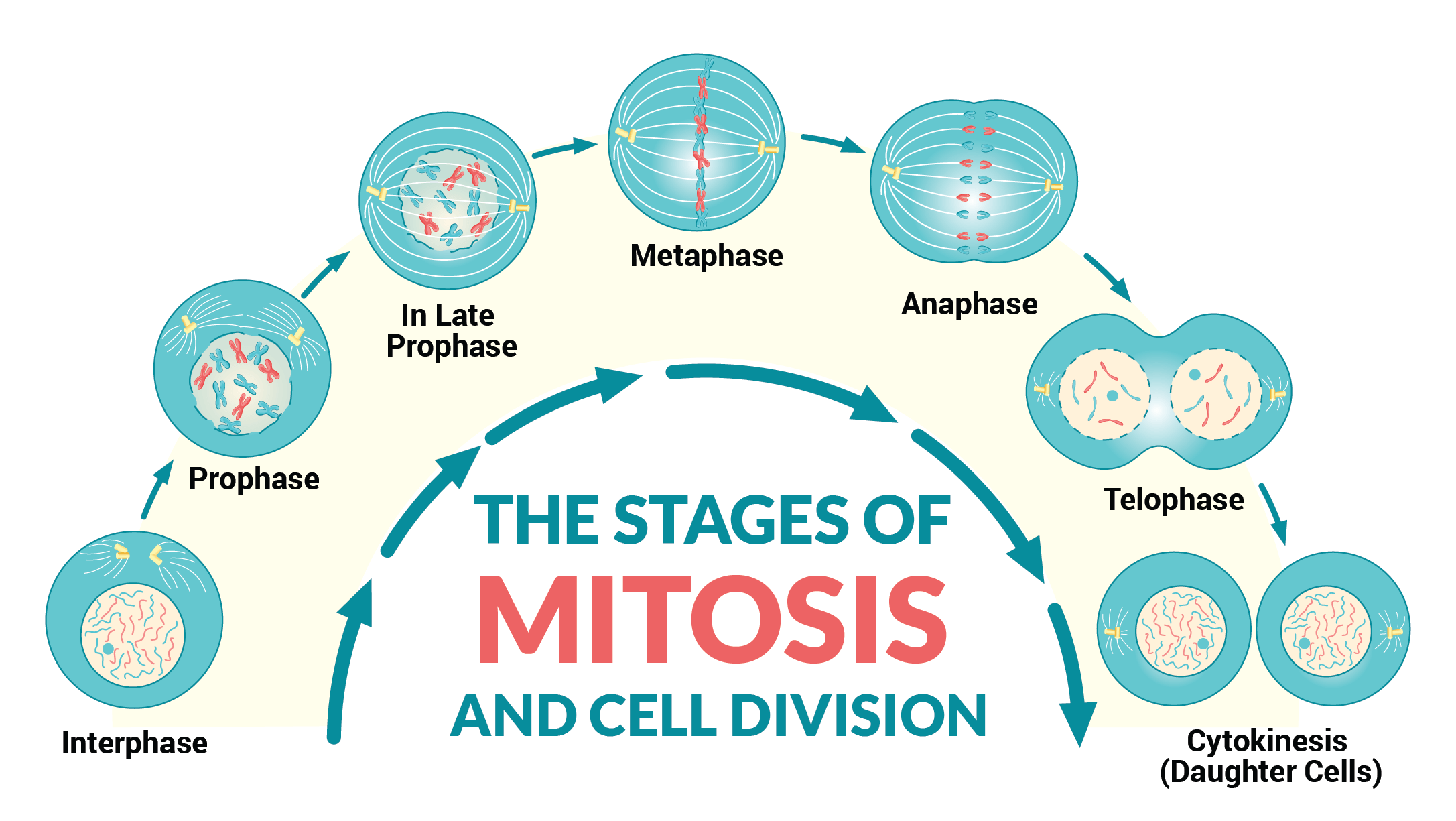 What types of cells undergo mitosis?