Hey, guys! Welcome to this Mometrix video about the immune system.

Let’s take a look at how the immune system works, all in an effort to help us stay healthy.

The lymphatic system fights infections and keeps the body’s fluid levels balanced. It protects the body from bacteria, viruses, and other pathogens. The lymphatic system has a number of important components, and we’re going to take a look at five of them more in-depth. 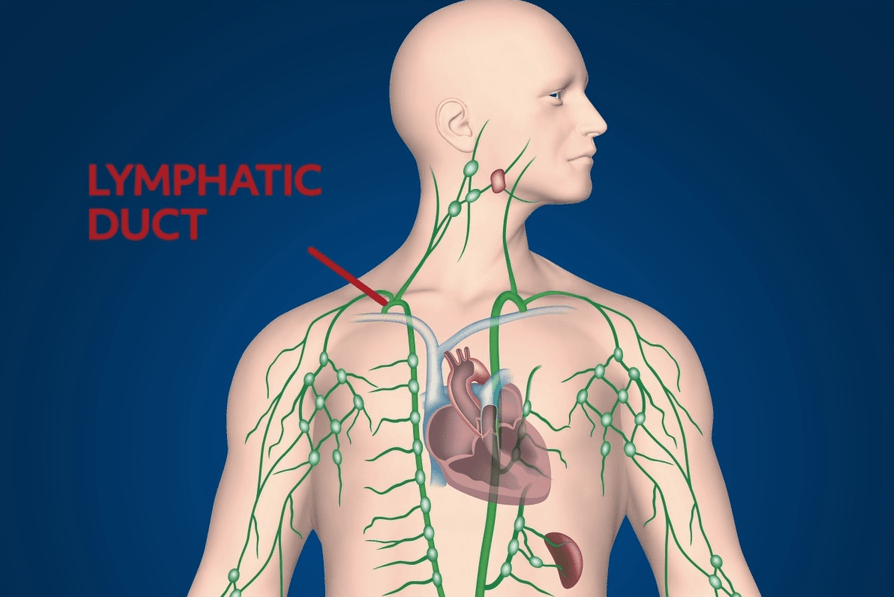 Lymph only moves in one direction, unlike blood, which circulates through the entire body.

There’s a relationship between lymph and lymph nodes. Lymph nodes filter out harmful substances, ensuring clean lymph gets placed back in the blood supply via the subclavian veins in the neck.

There are lots of lymph nodes in the human body, as many as 700 of them, and they’re located in the neck, armpit, and groin.

Lymph capillaries pick up lymph fluid that leaks from our bloodstream and into tissue before returning that lymph to the circulatory system. Lymph vessels carry lymph throughout the body.

Now we know about these lymphatic systems: the lymph, the lymph capillaries, lymph vessels, and lymph nodes. But what about the lymph tissue?

The lymph tissues, which are rich in small white blood cells called lymphocytes, protect the body from bacteria and other pathogens. The tonsils, adenoids, thymus, spleen, and Peyer’s Patches are all lymph tissues.

Tonsils, located in the pharynx, filter out pathogens that can enter through the mouth or throat. 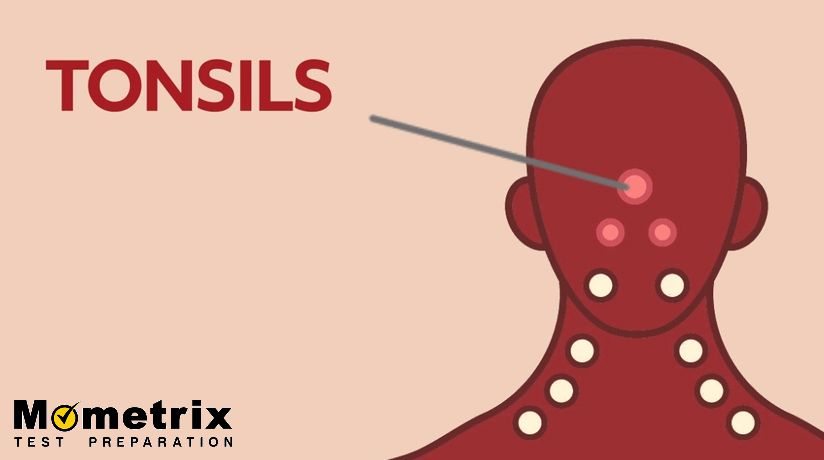 The thymus, located in the back of the neck, produces T-cells, an essential component of the immune system that seeks out and kills disease-carrying cells. 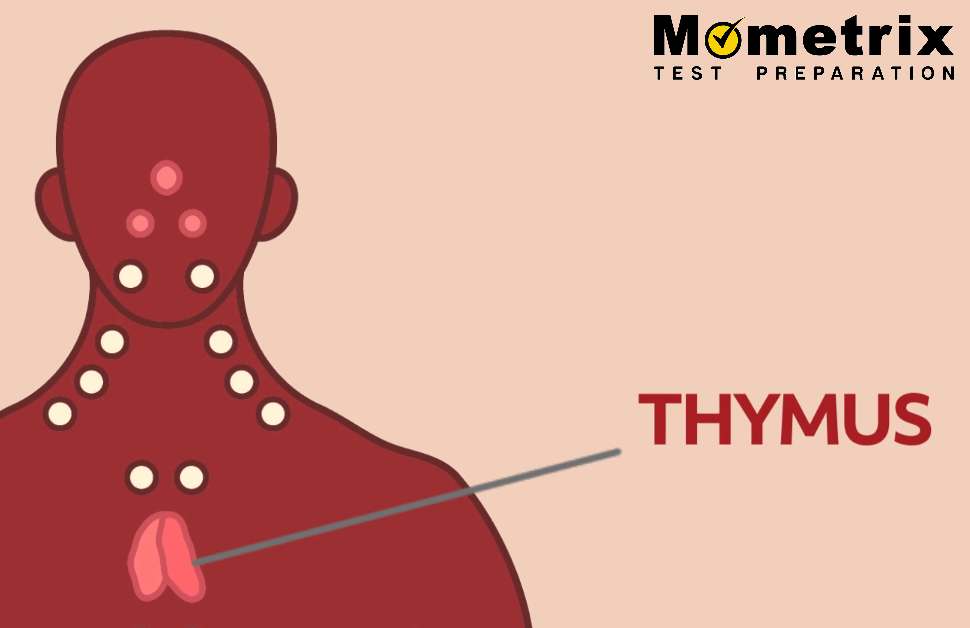 The spleen, the lymphatic system’s largest organ, is the cleansing mechanism. Located under the rib cage, the spleen takes dead blood cells and pathogens and removes them from the blood.

Peyer’s Patch, located in the ileum of the small intestine, protects the gastrointestinal, or digestive, tract from pathogens.

Now we know how lymph tissue protects our body. But those aren’t the only protections.

There are general immune system defenses, too. Even our skin is part of the immune system because it contains cells that can kill invading bacteria. The ciliated mucous membrane acts like a Venus fly trap, catching dirt and other particles before they can enter the respiratory system.

Glandular secretions destroy bacteria while gastric secretions, or acids, also destroy pathogens. Even bacteria itself helps defend the immune system. Normal bacteria populations battle with pathogens in the gut and vagina, acting as a defense against harmful bacteria. White blood cells also play a big part in our immune defenses.

There are five types of white blood cells that can be classified into two broad categories based on their structure: granulocytes and agranulocytes.

Granulocytes are a category of white blood cells that form in the bone marrow and play a role in fighting disease. There are three types of granulocytes. Neutrophil is the quick strike team, responding quickly to invaders. Basophil signals the body during an invasion, and eosinophil releases a substance that kills the pathogen.

Agranulocytes are also formed in the bone marrow and are given their name because they do not have obvious granules in the cytoplasm. There are two types of agranulocytes: monocytes and lymphocytes.

Lymphocytes include B-cells, T-cells, and natural killer cells (NK-cells) and are more common in the lymphatic system than the blood.

B-lymphocytes or B-cells make antibodies that specifically target bacteria and go on a search and destroy mission.

T-lymphocytes, or T-cells, are the attack force. They attack and kill infected cells. There are different types of T-cells. Helper T-cells play a critical role in regulating the immune system’s response, and they also stimulate B-cells to make antibodies.

Killer T cells kill virus and cancer cells, while the Memory T cells seem to have a mind of their own. That’s because memory T-cells learn from their past encounters with infected cells and remember how to defeat them. And then, suppressor T-cells stop the immune system’s response after pathogens no longer pose a threat.

Monocytes, the other type of agranulocyte, are the largest and longest-living phagocyte, cells that act like Pac-Man and eat bacteria and other pathogens. Located in the lymph, monocytes also alert T-cells to the presence of those bacterial invaders. Monocytes eventually leave the bloodstream and become macrophages attacking microorganisms and removing dead cell debris.

Let’s talk about antigens and antibodies and what happens when they enter our bloodstream.

An invader that enters our body, typically as a protein from bacteria, viruses, or fungi, is called an antigen. When these antigens invade, the antibody-mediated response kicks in and repels the invader. Antibodies are part of the response. They can recognize antigens and counteract them.

We’ve already gone over quite a bit of information, so let’s do a short review of the immune system’s steps.

There are five steps we’ll look at.

It all starts with macrophages, which engulf antigens and break them down.

Next, a helper T-cell joins the macrophages.

Then the body activates killer T-cells and B-cells, and it’s at that point that the killer T-cells go on their search and destroy mission. These killer cells look for and kill cells with the same antigen.

B-cells then morph into plasma cells and memory cells.

We’re all born with an immune system that includes skin, mucus, and even earwax. That’s the innate system, which springs into action like a first-strike force, quickly attacking pathogens that have invaded our body. Here’s an example. You cut yourself, opening a wound that can attract bacteria. The innate system attacks and slows the bacteria.

But how does the body fight against pathogens? There are several ways, both naturally and artificially.

Natural forms of immunity come directly from our own bodies, while artificial forms come from vaccinations. Let’s take a closer look.

The body has a natural active and passive immunity. Let’s take a look at naturally acquired active immunity. When the body becomes infected with a pathogen, it gets the disease. But our body kicks into gear with an immune response that neutralizes the pathogen. Think of it as being exposed to an invader without an immunization.

The body also has a naturally acquired passive immunity that happens during pregnancy, when antibodies go from the mother to child, protecting the newborn through childhood.

Then there are artificial means of building immunity. You know all those vaccinations you get as a child? That’s a way of building artificially acquired active immunity.

On the other hand, artificially acquired passive immunity is from antibodies that come from another individual or animal. These immunizations provide quick protection during an outbreak or emergency.

So that’s our overview of the immune systems, the fighters within us that ward off disease and keep us healthy.