The electromagnetic spectrum is what we call all of the forms of electromagnetic radiation that travel at the speed of light while in a vacuum. All of these forms of radiation contain varying amounts of energy. Though we use the term radiation, only the higher-energy electromagnetic waves are dangerous because they are able to penetrate cells more easily. 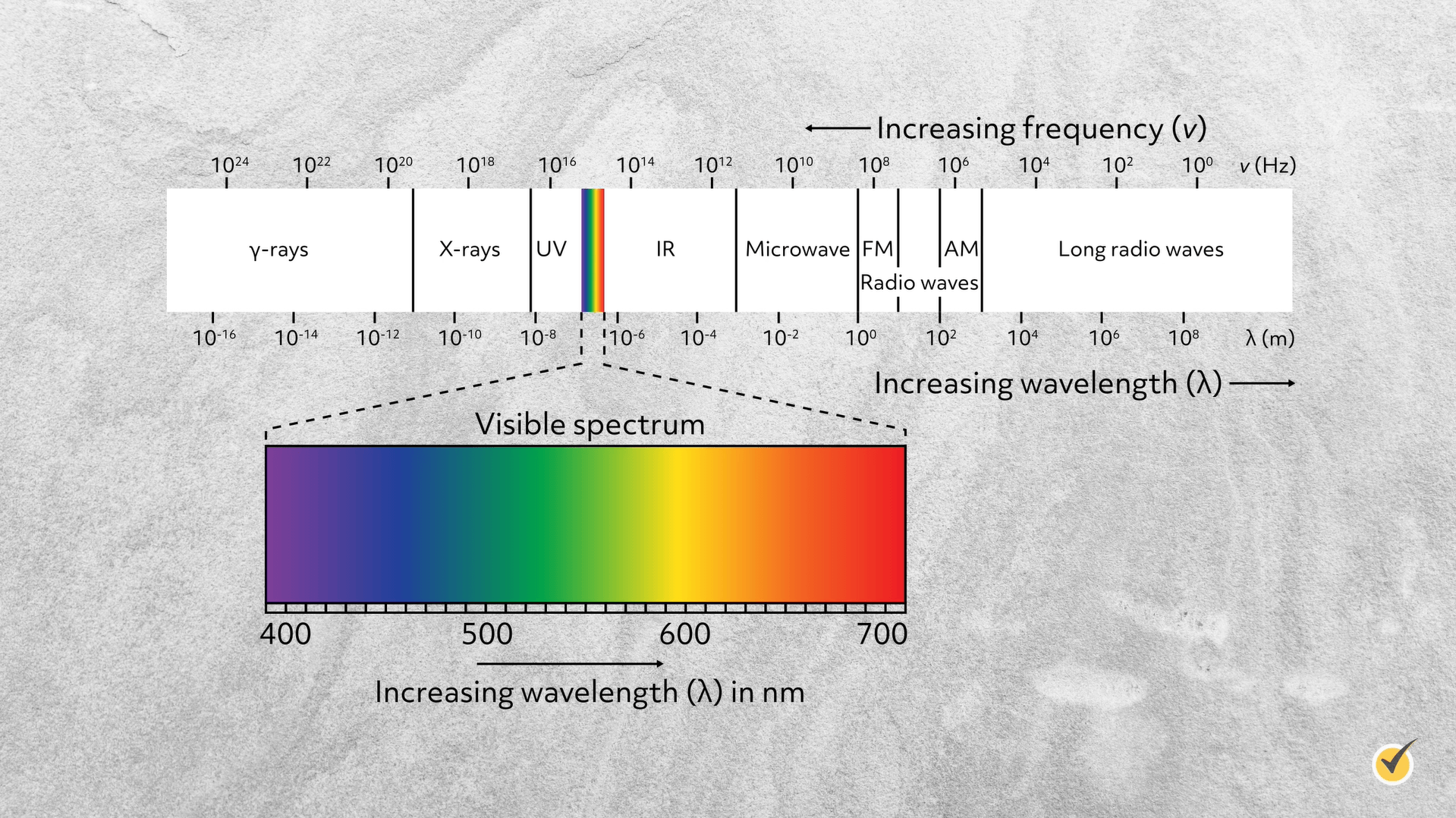 All of these types of radiation act as waves with a wavelength, measured in meters, and a frequency, measured in units of Hz or cycles per second.

The wavelength of a light wave is considered to be the distance from crest to crest or trough to trough; where the trough is the lowest part of the wave and the crest is the highest. The frequency can be thought of as the number of oscillations per second or the number of crests or troughs that pass a certain point per second. 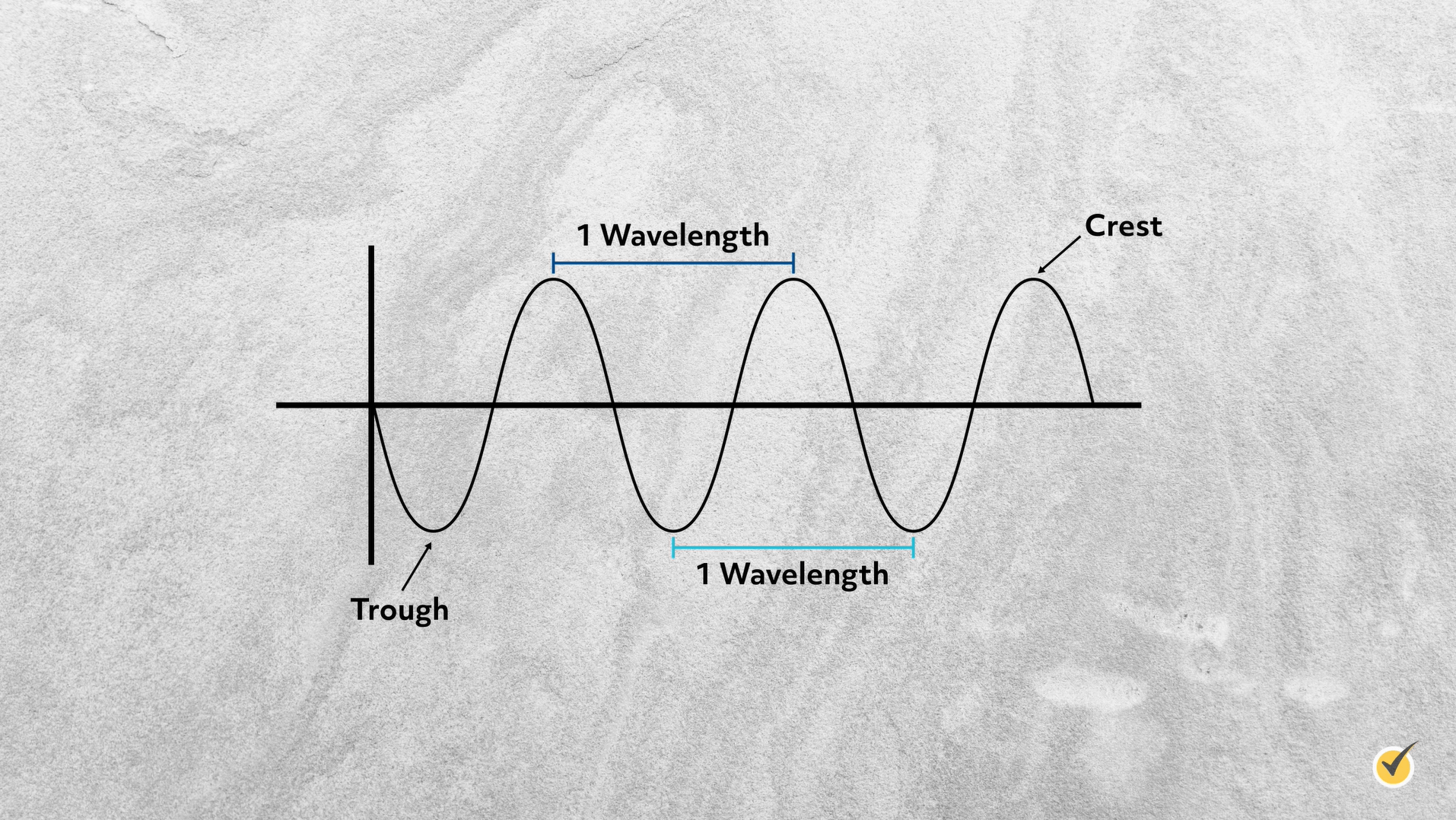 In a vacuum, these waves all travel at the speed of light, c, which is roughly 300,000 kilometers per second; faster than anything else in the universe! However, when light is traveling through air, water, or any other material, it slows down. The amount that it slows down depends on the material and how energetic the wave is.

The relationship between wavelength and frequency for a wave is described by a simple equation:

Where v is the velocity of the wave, λ is the wavelength, and f is the frequency. This equation shows the inverse relationship between the wavelength and the frequency. This means that if one increases, the other must decrease. For example, gamma rays have the highest frequencies and the shortest wavelengths, while radio waves have the lowest frequencies and the longest wavelengths. The velocity of an electromagnetic wave is generally constant for a given medium that it is traveling through.

The various wavelengths of electromagnetic radiation range from about 108 meters down to 10-16 meters. This is an incredibly enormous range!

So, what does the word ‘electromagnetic’ mean anyway? Is it electric? Is it magnetic? All electromagnetic waves are composed of both electric and magnetic fields that oscillate at right angles to each other. 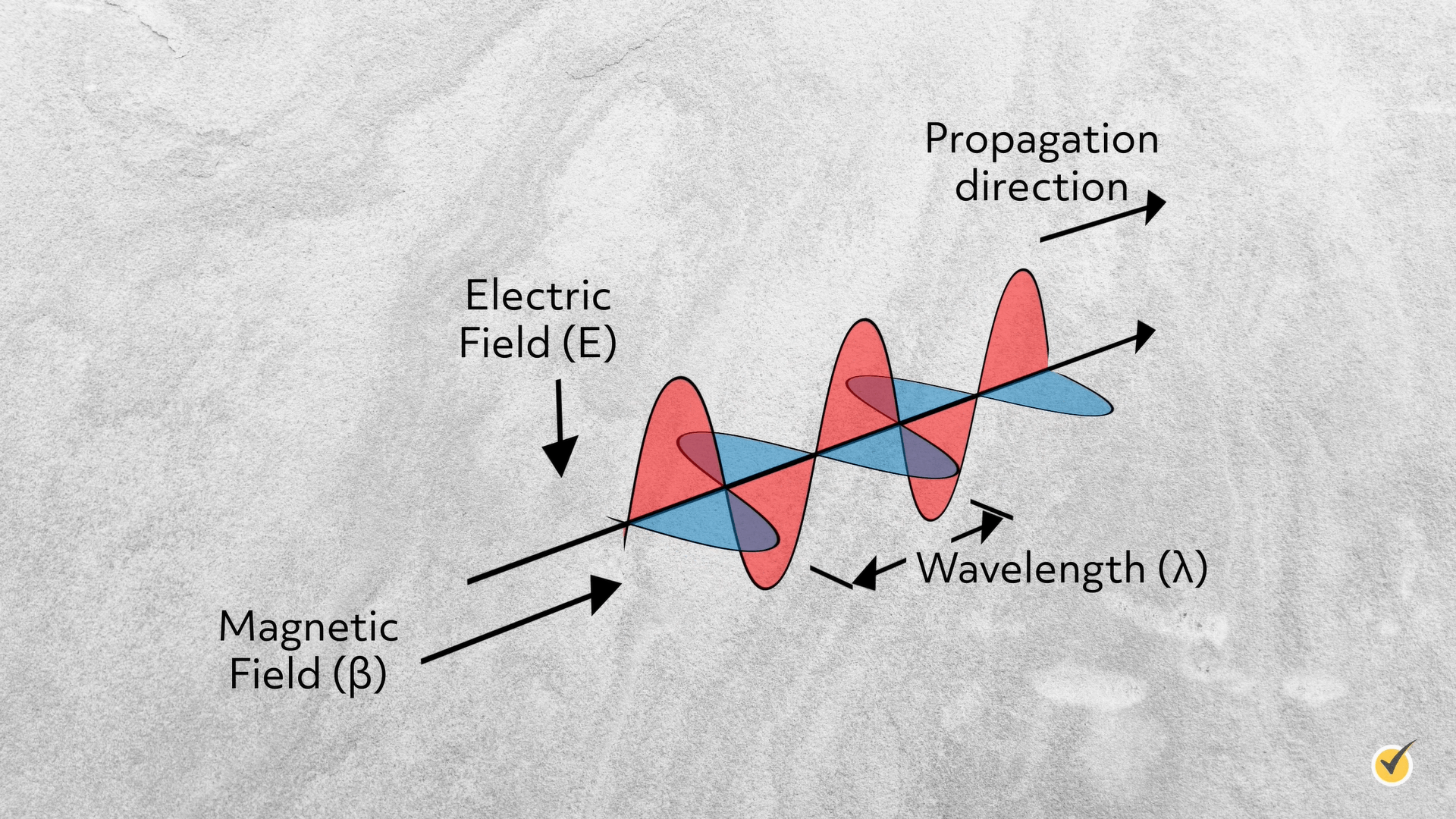 Now that we’ve gone over the electromagnetic spectrum and its properties, let’s test our knowledge with a couple of questions!

2. Which type of radiation is most likely to be harmful to human tissues?

That’s all for our video on the electromagnetic spectrum! Thanks for watching, and happy studying!