History of the Jews in Mesopotamia

Mesopotamia refers to the region between the Tigris and Euphrates rivers, located in what is known today as the Middle East. 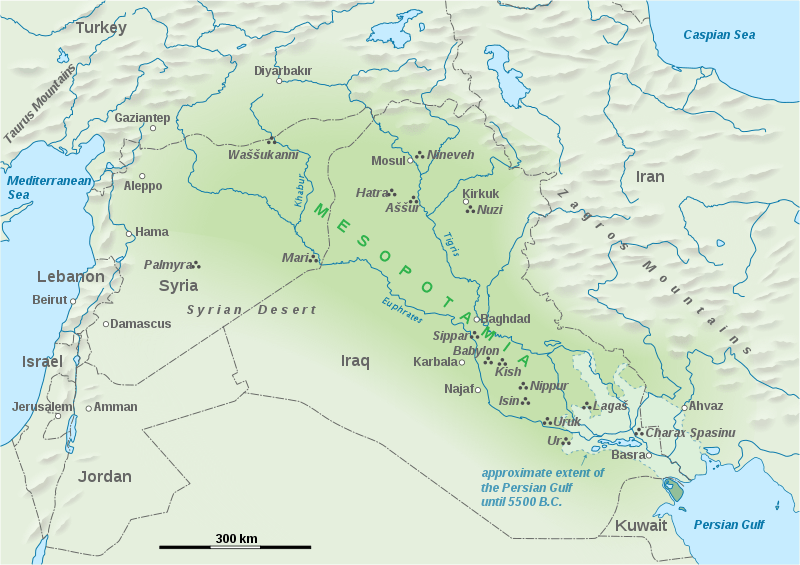 Remember, Sumerians were the earliest culture that was found in Mesopotamia. Abraham left from the city-state of Ur and he traveled. He came to believe that there was one true God, where the Sumerians, in general, had believed in many gods. God spoke to Abraham and told him to leave his home and travel to a new land that would become known as Canaan, where he would be father to a new great nation.

Abraham did that. He traveled, there was the new land known as Canaan, his descendants multiplied, and eventually, Abraham’s descendants were enslaved by Egypt and then liberated by Moses, who was another Hebrew or Jewish leader. Eventually, they reconquered Canaan. Moses was given the Ten Commandments. He was another important Jewish leader. He was given the Ten Commandments by God, which were ten strict laws that all Jews followed.

They first had their king in Israel around 1020 BC, then they conquered Jerusalem and made it part of Israel, then they built their first Jewish temple in Jerusalem around 960 BC. This temple was very sacred to them, because it housed the Ark of the Covenant, which held the two tablets containing the Ten Commandments given to Moses, as well as other religious artifacts.

Their most important religious items, as well as the laws that govern their whole culture, were housed in this temple that was built in Jerusalem. Israel was taken over around 740 BC by the Assyrians, and then later taken over by the Babylonians. Eventually, in 538 BC, around 200 years later, the Persian king Cyrus let the Jews return to Jerusalem and rebuild their temple.

Remember, this temple housed all of their important religious and law-making artifacts. It was a very sacred building to them. They were allowed, around 200 years after being taken over and kicked out of the city, to return to Jerusalem and rebuild their temple. Israel was later taken over by the Greeks under Alexander and then by the Romans under Pompey Magnus. Israel and Jerusalem in general have been hotly contested.

They have been important areas, especially the city of Jerusalem, that lots of different nations have competed to claim ownership to. Around 960 BC, Jerusalem was in the hands of the Jews, and they built their temple there, which makes it a very important area for them. The Jews were one of the most important cultures that began in Mesopotamia. They came from one of the Sumerian cultures and branched off to form their own Jewish culture around 2000 BC.