Calculating the Perimeter of Rectangles


Solving rectangular perimeter problems is a skill that has many interesting real-world applications. For example, we can use perimeter calculations for situations such as fencing requirements around a play field, measurements of a picture frame, distances around a walking path, or dimensions of a large window. Calculating the perimeter of rectangles is a helpful skill to master because it is used frequently in our daily lives.

Calculating perimeter problems can be done in many ways, but the most efficient strategy is to simply use the perimeter formula.

What is the perimeter of a rectangle? 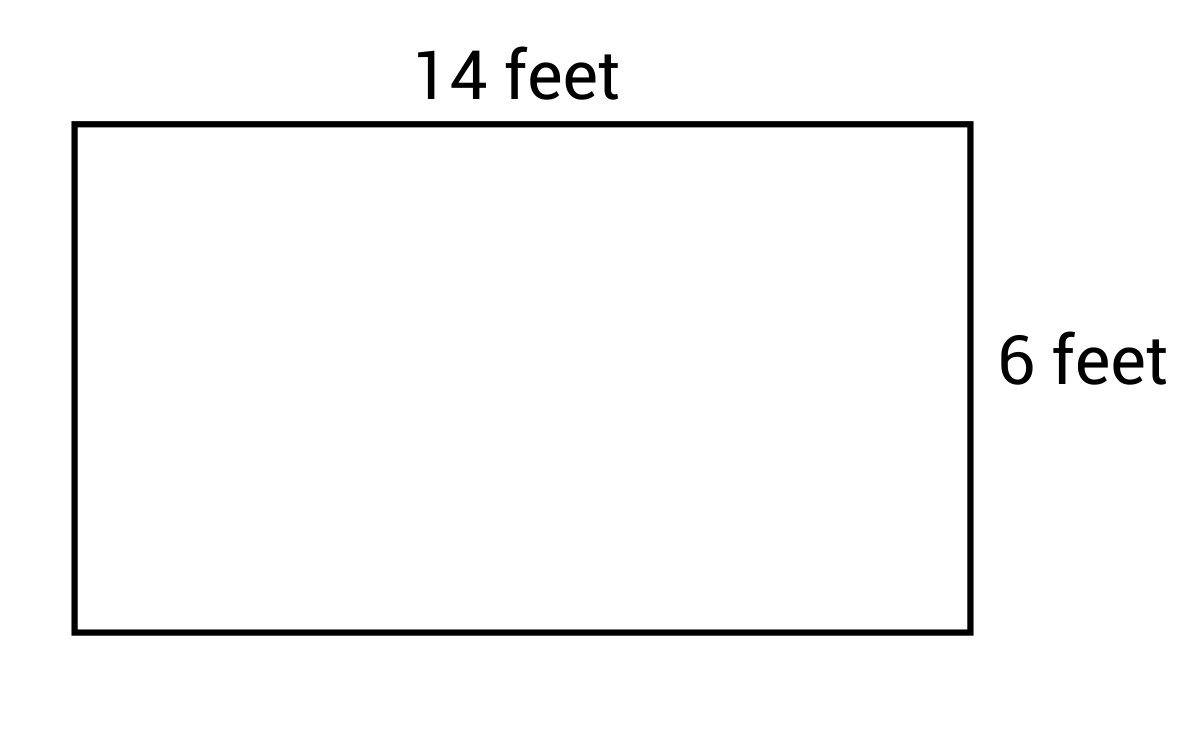 Using the perimeter formula saves us a bit of time by avoiding the alternative strategy which would be to add up each side length separately. 14 + 6 + 14 + 6 would produce the correct answer, but this strategy will generally take longer, so using the formula is recommended.

For example, suppose you needed to frame a large rectangular window that has an area of 35 square feet and a length of 7 feet. Let’s use what we know about calculating area in order to find the perimeter. 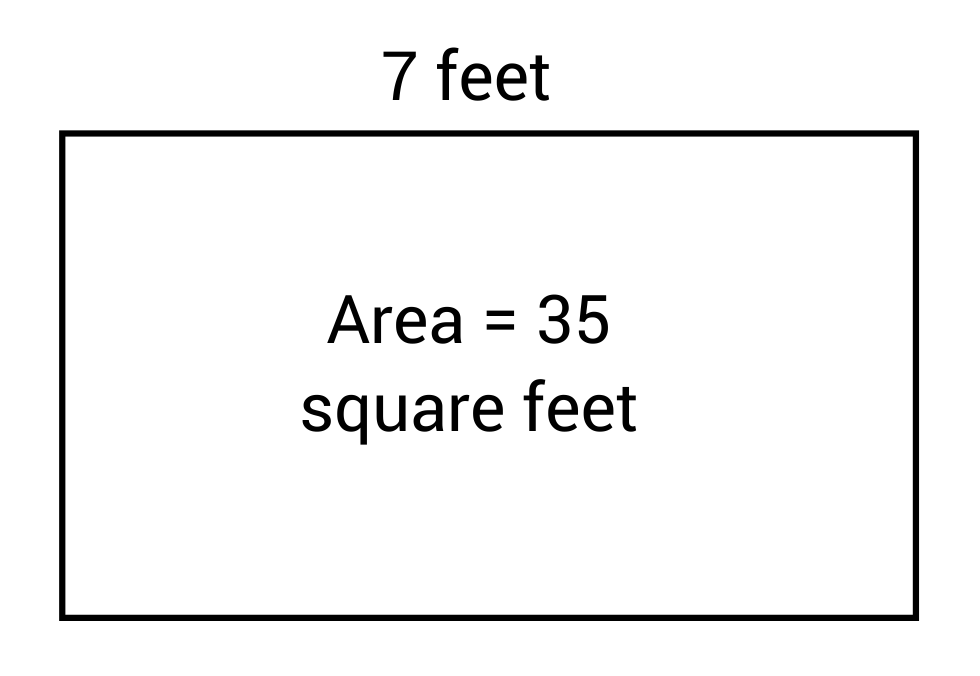 We know that surface area is found by multiplying the length by the width. This means that seven multiplied by something equals 35, 7 × ? = 35. We can solve for the missing side length by dividing 35 by 7, which equals 5. We can now apply the perimeter formula because we know that the length is 7 feet and the width is 5 feet.

Now that we have reviewed the perimeter formula and its various applications, consider the following question. Does a rectangle with an area of 20 square feet have more than one possible option for its perimeter? If you said yes, then you are correct. Rectangles with a restricted area such as 20 square feet can have a variety of perimeters. For example, a 20-square-foot rectangle could have the dimensions 1 ft × 20 ft, 2 ft × 10 ft, or 4 ft × 5 ft. All of these options will produce a different perimeter even though they all have the same area. Let’s prove this concept by calculating the perimeter of the three possible rectangles just mentioned: 1 ft × 20 ft, 2 ft × 10 ft, and 4 ft × 5 ft. 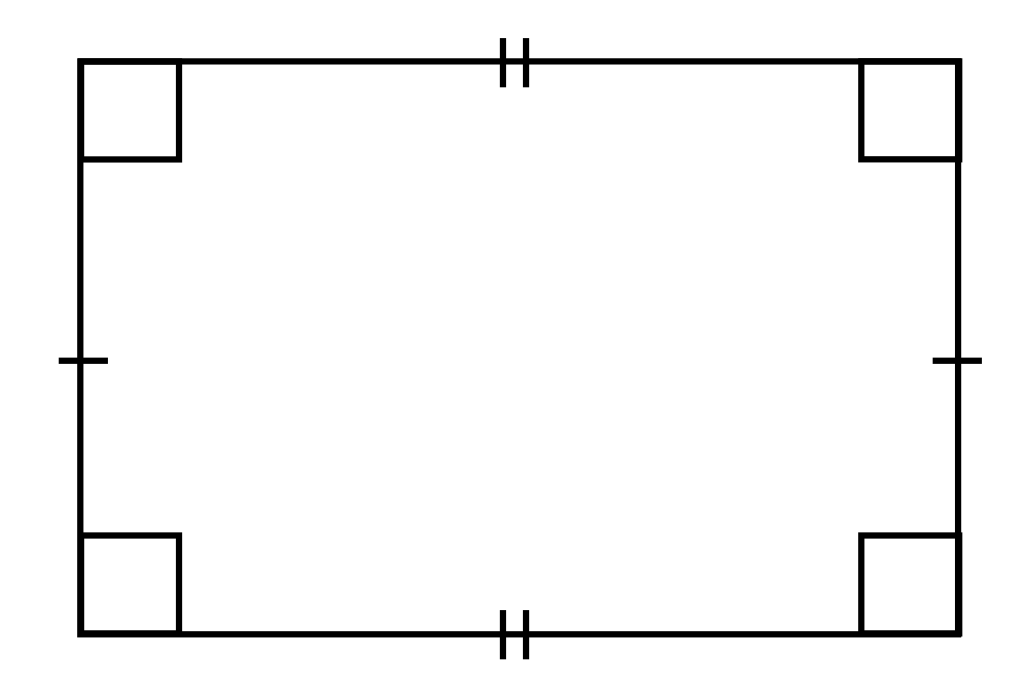 Perimeter of a Rectangle Sample Questions

Here are a few sample questions going over area of a rectangle.

Which formula is used to calculate the perimeter of a rectangle?

A rectangle has two equal lengths and two equal widths. In order to find the perimeter, or distance around the rectangle, we need to add up all four side lengths. This can be done efficiently by simply adding the length and the width, and then multiplying this sum by two since there are two of each side length. \(Perimeter=(length+width)×2\) is the formula for perimeter.

Calculate the perimeter of the given rectangle. 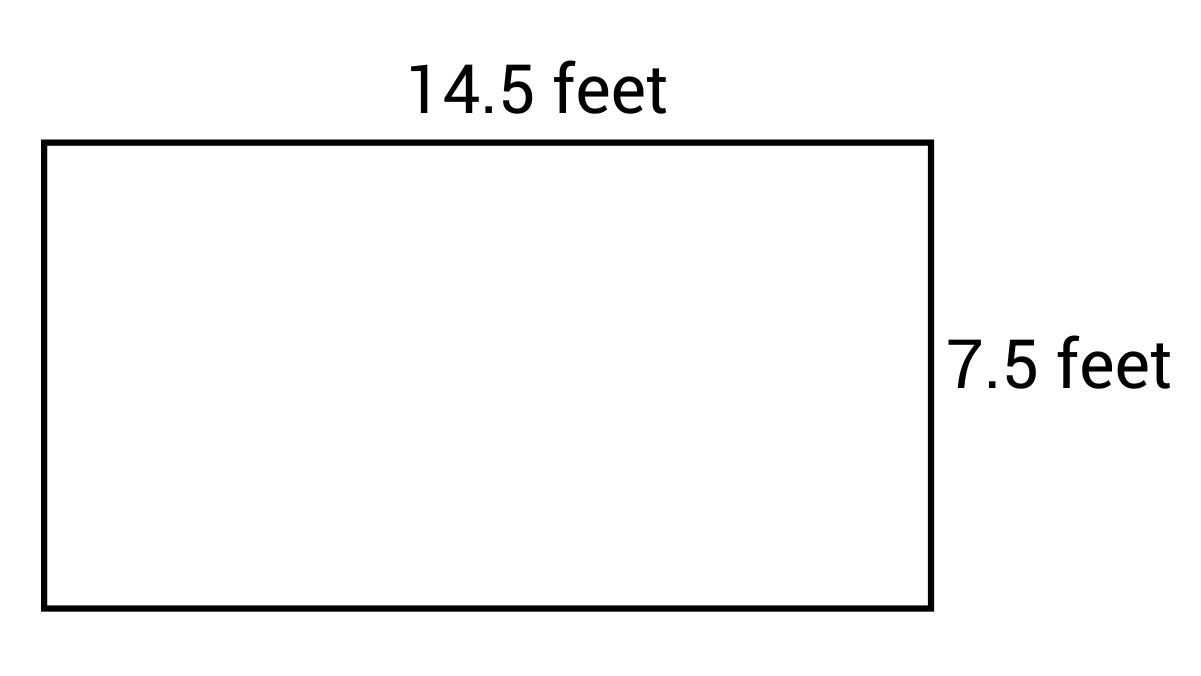 Determine the perimeter of the rectangle if its area is 64 m2 and its length is 16 m. 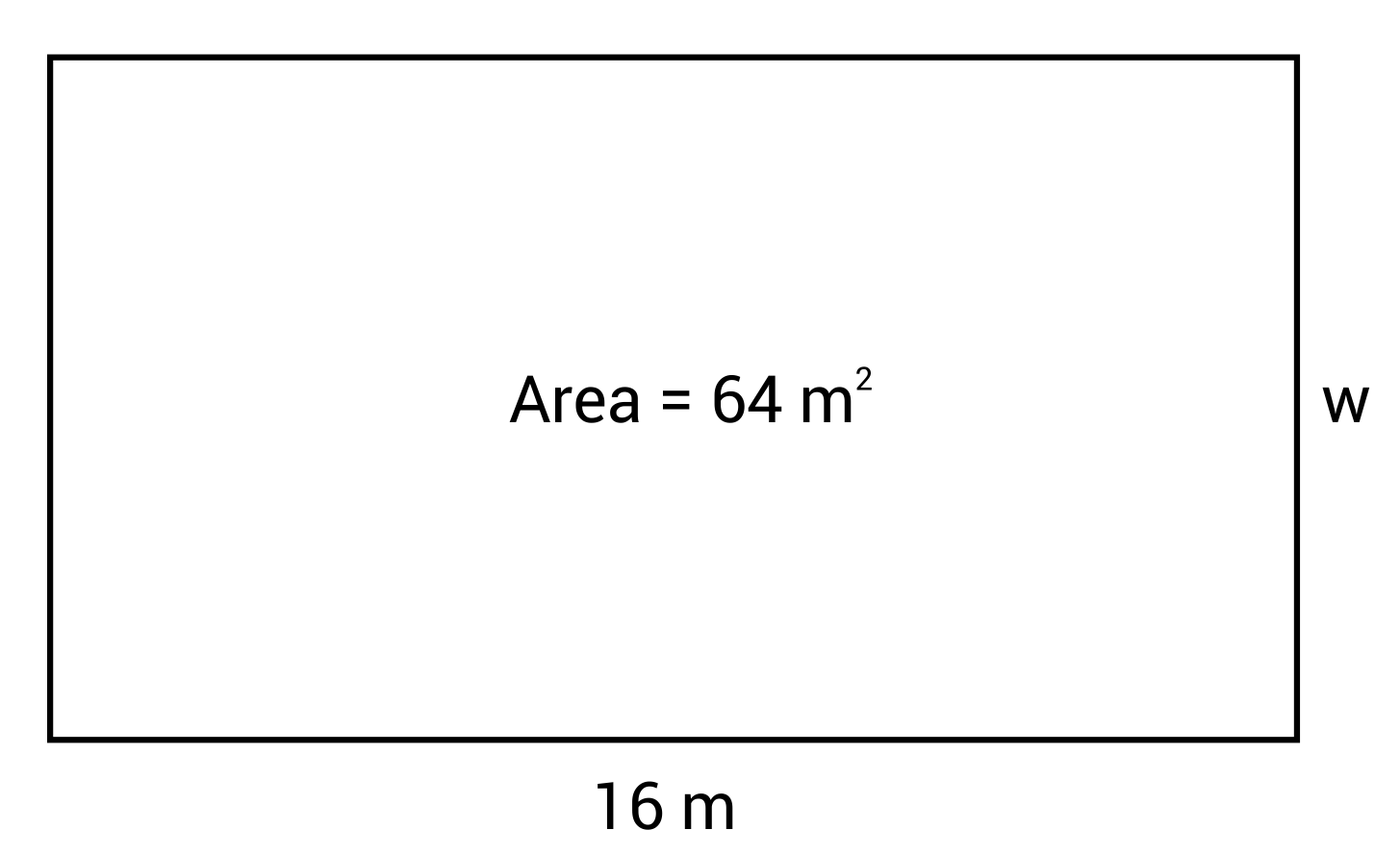 In order to determine the perimeter of the rectangle, we first need to determine the width (w). The area of a rectangle is calculated by multiplying \(length×width\), so we can use the following equation to solve for our missing value (w).

Divide both sides by 16 to solve for w.

Now that we know the length and the width, we can use the formula \(Perimeter=(length+width)×2\) in order to solve for the perimeter. When we plug in 16 m for our length and 4 m for our width, we have the following: \(Perimeter=(16 m+4 m)×2\), which simplifies to 40 m. The perimeter of the rectangle is 40 meters.

The side lengths of a rectangular sandbox in Sunnyland Park are 15 feet and 8.5 feet. Determine the perimeter of the sandbox.

We can calculate the perimeter of the sandbox by using the formula \(Perimeter=(length+width)×2\). We know that the length is 15 feet and the width is 8.5 feet so we can plug these values into the formula in order to solve for Perimeter. Our formula now becomes \(Perimeter=(15+8.5)×2\) which simplifies to 47, or 47 feet.

Option A is less expensive

Option B is less expensive